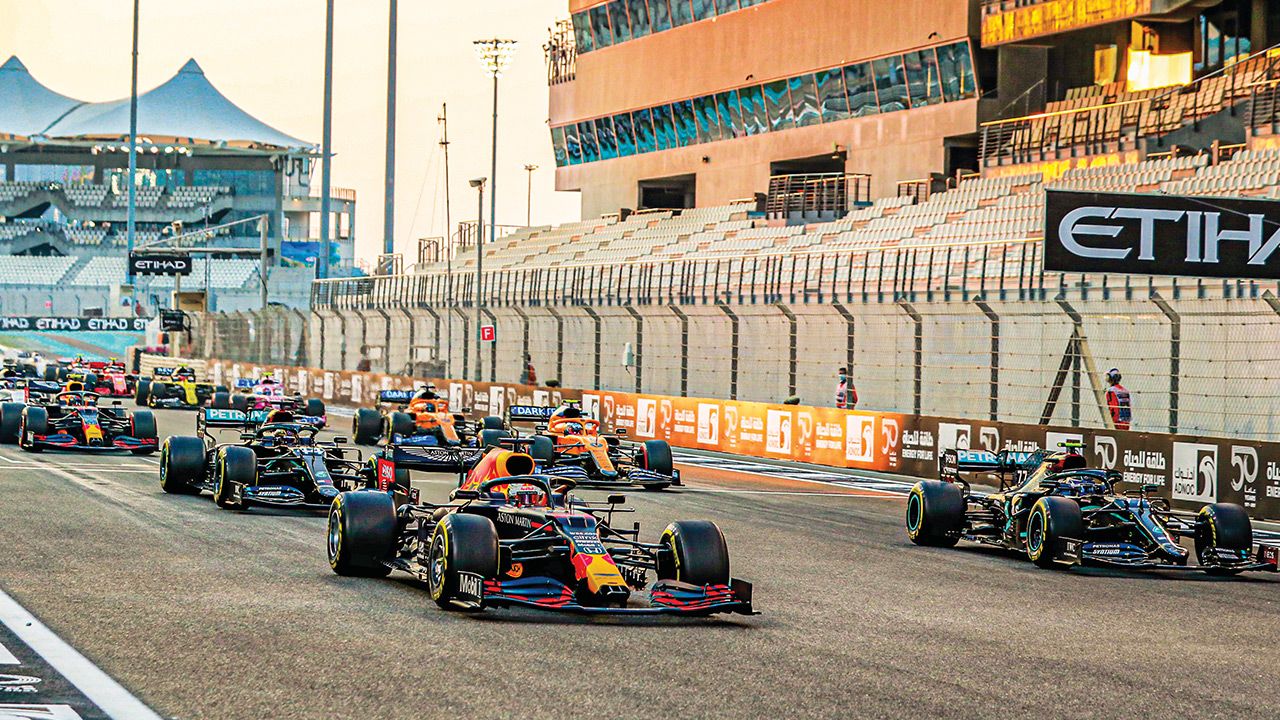 How exactly did F1 prevail against 2020? Joe spells it out.

Nine months ago, at the end of March 2020, the future of Formula 1 looked uncertain. Everyone played it down at the time, but it was a very difficult moment. F1 sailed into the storm in Melbourne, where the Australian GP was called off when a member of the McLaren team tested positive before the first race and the team wisely withdrew. The other teams took a vote that saw a 5-5 split (McLaren not voting, but obviously being against the idea of pushing on). That was enough to kill the race because 10 cars are not sufficient to make it an event that would be valid for the World Championship. After that, F1 disappeared for more than three months. There was nothing anyone could do. Staff were furloughed, factories closed, cost-cutting decisions made. Some factories turned to produce medical equipment. The sport did what it could.

Some folk argued that F1 should simply write off the year, but that was not the right answer. The sport runs on money and employs thousands of people. Without races, there can be no revenue, and without revenue, there is no future.

So, something had to be done. The Formula One Group understood the problem, and began to try to work out how to hold at least 15 races – the magic number at which point contracts of the TV companies and sponsors would all be locked in, and they would have to pay the fees agreed. Although, obviously they all wanted suitable discounts, as they had agreed to pay for 22 races, but would get far less than that. The problem was that, in order to host sufficient events, Formula One had to find solutions and new business models, as races without paying spectators could not generate the required race fees. Without people, the promoters could not balance their books. Thus, some dropped out, others tried to push on, only to be stopped by government rules, others did deals and, in some cases, F1 simply rented the circuits in order to hold races that would get the sport to the required number.

F1 developed the idea of bubbles within a form of the biosphere, with no-one admitted to the paddock unless they had a negative Covid-19 test, and then, once inside, they had to stick to their different groups, limiting contact as much as possible with everyone else. This worked very well, although by the middle of the summer it was clear that the discipline seen in the early races was not quite as rigid. The TV cameras captured many examples of the bubbles not being respected, but the testing regimes remained in place and kept down the number of positive tests. It could have been better. It could have been fairer. But, essentially, it worked. There were 80,000 official tests performed and fewer than 100 of them came back positive. Having said that, there were other testing arrangements made by some of the organisations involved and when people tested positive they were not included in the official figures because they did not attend the races. This is not to suggest that F1 figures were being manipulated, but there were some other positive tests that were not included in the numbers. In the end, F1 managed to complete a 17-event calendar, starting in the first weekend in July. It was all crammed into just 23 weekends in 12 different countries. It was brutal stuff, including four double-headers. It has been the most intense sequence of races that the sport has ever seen. But it was a tribute to the determination and ingenuity of F1 people. This is an industry that makes things happen, but this will be remembered as a shining moment for the sport. F1 was the first international sport to return in a meaningful fashion – and it was a huge achievement.

We will not know how bad the damage is until the end of February 2021, when Liberty Media reports its fourth quarter and year-end results. What we do know is that in the first three financial quarters the sport netted $661 million. That sounds like a lot, but, when compared to $1.5 billion in the same period in 2019, one can see the possible scale of the problem. The final quarter may be a higher number than normal, but there is no way that F1 is going to get anywhere near the $2.02 billion in revenue reported in the last financial year. It should not be a surprise if the number turns out to be a 50% reduction compared to 2019.

In Melbourne, F1 CEO Chase Carey said that the pandemic would provide ‘an opportunity to evolve the sport, experiment and try new things.’ He spoke of expanding e-sports, developing innovative content and other creative ways to drive ongoing value for the sport’s sponsor partners, broadcast partners, race promoters, teams and fans. The results of this included trialling triple-headers, a two-day Grand Prix (but only because there was no choice) and trying to create more interest in virtual racing. The sport also moved to become more socially-acceptable, with programmes to promote diversity, equality and earn better environmental credentials. This can do little harm, although when push came to shove in Abu Dhabi and the World Champion wanted to take part in the final race of the year, following a bout of Covid-19, the rules were bent to make it happen – which did not seem right, nor fair when others in the same situation were not treated in the same way. Of these subjects, the environment is the easiest and the move towards sustainable fuels is obviously a good thing. It’s also a good thing that the FIA has sought a way to promote the amazing achievements of motorsport through its #PurposeDriven campaign. 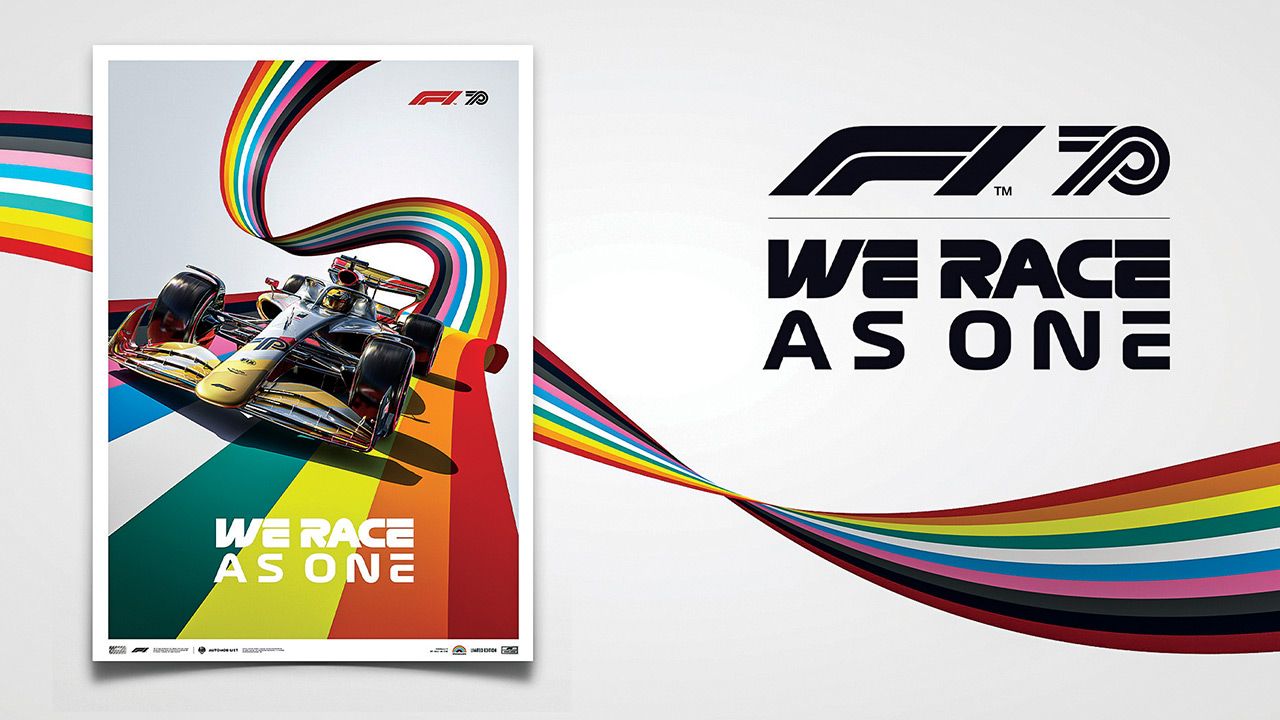 Diversity and equality are much more difficult, because the sport chooses people based on their qualifications and experience, and, if the candidates are not sufficiently diverse, racing organisations cannot be expected to hire people based on their ethnicity nor their sex. The problem is a wider issue that goes beyond the sport. The sport can only help to try to attract more youngsters to science, technology, engineering and mathematics (STEM) subjects. The philosophy of taking on the best of the best will inevitably remain, and it will take time before changes occur. That does not mean that the sport is unwilling to change, because clearly, it is open to as much diversity as possible, but it is not going to indulge in tokenism – which is a good thing.