The about-turn by states and state politicians on the new Motor Vehicle Act is a big blow to road safety in India.

It was shameful to see the way states like Gujarat and Uttarakhand diluted the fines in the Motor Vehicle Amendment Act 2019. Following these ‘pioneers,’ other states like Odisha, Kerala, Karnataka, Bihar, Goa and Maharashtra are also planning to water down the penalties. When the Motor Vehicle Amendment Bill finally became an Act after years of frustrating moves, the law just about managed to catch up with the current situation on our roads. But since the MVA Act is a concurrent law, states have the flexibility to implement it fully or tweak it according to their priorities. Unfortunately, this discretion has been abused by state politicians.

Why won’t people protest? From September 1 onwards, they have to pay huge fines for doing things that they have been doing all along without fear. When many people vociferously complain about this ‘injustice’ of having to pay high penalties for doing something illegal and dangerous, our elected representatives immediately rush to pacify them. These politicians seem to be looking at it from their own selfish interests, to preserve their vote bank and do the popular thing. But don’t they realise the consequences of their actions? Can’t they see that their vote bank balance is rapidly depleting because a large number of their voters are dying on roads and their families are getting badly affected? Even the economic impact of road fatalities and injuries seems to have no effect on their stance. Can India afford to lose a whopping 3% of its GDP every year to this morbid, self-inflicted disease in the journey to become a USD five trillion economy by 2025?

What’s even more staggering is that before the Bill was presented to parliament, respective transport ministers and transport bureaucrats of each state were completely aligned, familiar and even approved all the provisions in it. Why were they then attending these meetings? Was it for the free tea and biscuits?

Yes, when you look at it in absolute numbers, the fines can be substantial. But the fines have just caught up with the corresponding cost of living and inflation over the last THREE decades of the Motor Vehicle Act 1988. In effect, we Indians have been getting away with breaking the law cheaply for so long that we could AFFORD to break them. A fine has to be high because it is a deterrent. If it is affordable, it is not. When we read about various people being fined exorbitant amounts, it hits home. It could be you or your friend tomorrow, which is why everyone is protesting or talking about it. One sure-shot way to avoid being fined is – surprise, surprise – by not breaking the law. Just because you have been carrying on a wrong tradition for years does not make it right.

We are also famous for our whataboutery. The roads are in terrible shape so why should we pay fines, goes the popular argument. Well, there is no connection between you wearing a helmet, carrying your papers, getting your PUC done, driving sober, wearing your seatbelt, etc., to the condition of the roads. If the roads are bad, then pull up your elected representative. If you are caught breaking the law, you deserve to be pulled up. Though bribery will come down eventually owing to digitalisation, even the new amount of bribe that you will need to pay seems to be a good deterrent not to break the law!

What is left unstated among people who are protesting is that they see politicians and policemen brazenly disobeying traffic rules. Why then should the common man obey? Unfortunately, many of these people in power don’t lead by example – the way out is to name and shame them using social media.

Increasing fines may not bring down road fatalities and injuries overnight, but at least they seek to bring about a behavioural change in the way we Indians ride and drive. High fines apart, the fear of rigorous implementation and visible examples of more common people becoming recipients of substantial penalties will definitely help in making us more aware of our road behaviour. To me, that itself is a good start. It is already being seen in Delhi, where the MVA Act has come into force. If you still think the fine is disproportionate, seek the opinion of someone who has lost a loved one in a road crash.

Also read - We are uniformly 'uncivilised' on our roads 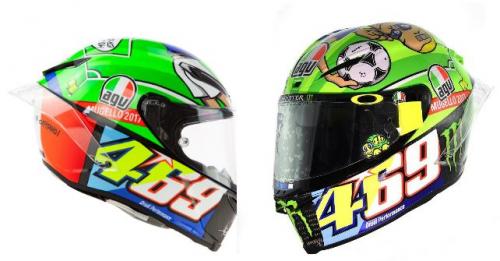 Sale of non-ISI helmets to be banned after 2 months