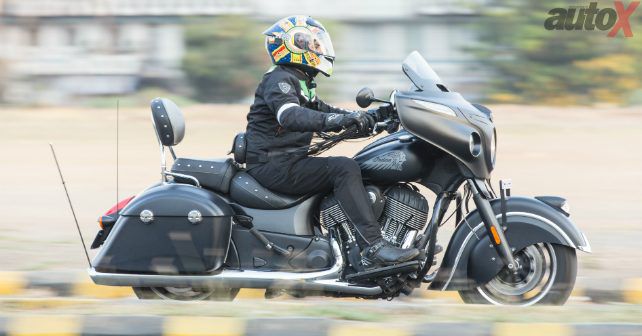 The Chieftain gets the Dark Horse treatment. We swing a leg to find out how different is this iteration from the standard model?

Say you have 40 lakh rupees and want to buy another set of wheels for yourself. Some would go out and pick an entry-level luxury sedan while some others would consider a brawny go-anywhere SUV. But neither of these will help you stand out in a crowd, make your social circle sit up and take notice or give you the pride of owning something exclusive. So, what then is the solution? Ladies and gentlemen, let me introduce you to the Indian Chieftain Dark Horse. 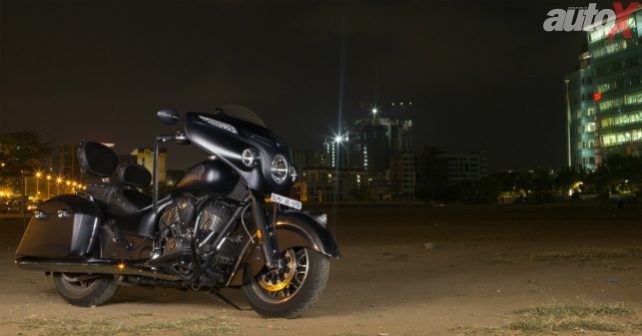 Other changes on the Chieftain Dark Horse include blacked out engine and a black handlebar. A cruiser without chrome bits is like pizza without cheese. The exhaust pipes, fuel cap, rivets on the seat and the hinges of the panniers, all are finished in chrome, which add a sense of contrast to the Dark Horse. If you are the kind that wants to go overboard with black, some of these parts can also be replaced by gloss black ones. 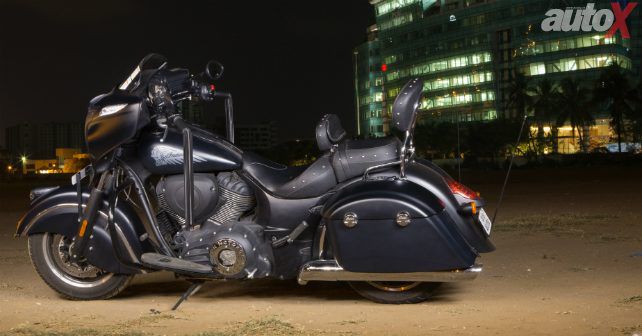 While these few aspects differentiate the Dark Horse from the standard trim, it shares the same intimidating proportions. The Chieftain Dark Horse is humungous – it is just 2 feet shorter than a Tata Nano and weighs exactly half as much. Intrigued? While most would find the dimensions and the weight of the motorcycle to be quite daunting, once on the go, it isn’t difficult to manage. In fact, it is only when pushing it into parking spots that the Chieftain Dark Horse tends to make its weight evident. 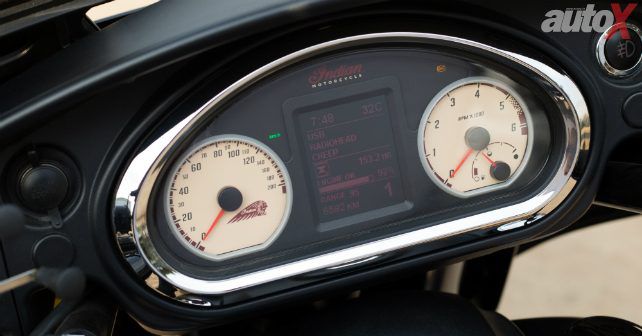 Just like any other high-end cruiser, the Indian Chieftain Dark Horse too comes heavily loaded with features. It gets keyless start, remote locking hard saddle bags, power windshield and tyre pressure monitoring as standard. To make the ride entertaining it also comes with a 100 Watt stereo with radio, USB and Bluetooth compatibility. Other features include ABS and cruise control. 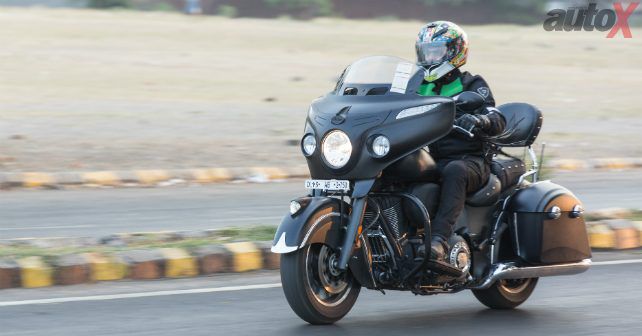 Like I mentioned before, the Chieftain Dark Horse is more like a variant of the Chieftain. This means at the heart, this one too gets a 1,811cc Thunderstroke 111 V-twin engine. It feels reasonably refined but there’s no escaping the pulsation that comes with a high-displacement V-twin powerplant. It isn’t the quickest to climb up the revs either, but the 72bhp motor doesn’t feel stressed to lug the 377kg weight of the motorcycle. The Chieftain Dark Horse has all the characteristics to help you clock long distances with ease. While it makes its peak 138.9Nm of torque at 2,600rpm, a good chunk of it comes in as low as 1,000rpm which helps while overtaking at higher speeds on the highway. Although the engine is tremendously tractable, it is the heat it dissipates that bothers the most. With the kind of weather conditions we have here, it does become a painful affair to ride it in the city. This can be attributed to the fact that it is an air-cooled unit and not a liquid-cooled one. However, when cruising on the highway at consistent speeds you don’t quite feel the heat on your legs.

The Dark Horse comes mated to a 6-speed transmission that isn’t as smooth as we would have liked – shifting between gears is quite a clunky affair. In fact, during our ride, we also found it to be stuck in neutral on several occasions while shifting from first to second. The clutch action is on the heavier side and can be painful especially while riding in traffic. 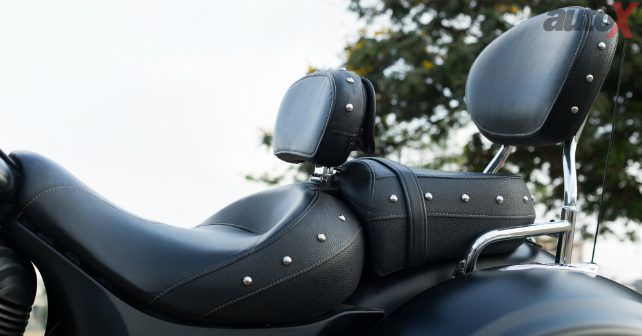 For a motorcycle that weighs more than 370kg, the Indian Chieftain Dark Horse does spring a surprise with its handling prowess. Show the bike some twisties and it won’t feel nervous while changing direction. In fact, it is easy to maintain decent speeds and follow a smooth line in and out of corners. The weight, however, does become evident when riding at slower speeds. But that aside there is really not much to complain about. The ride quality is plush and the Chieftain takes bumps and undulations in its stride without sending harsh messages to your lower back. However, you will have to be cautions and take it slow and sideways over some of the larger potholes and bumps. With a minimum ground clearance of 142mm, the underbelly does tend to scrape. 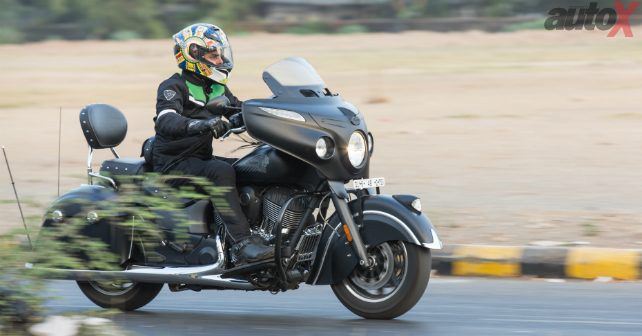 Stopping power to the Chieftain Dark Horse is provided by two 300mm discs up front and a single 300mm one at the back. It also comes equipped with a dual-channel ABS. The motorcycle that we had on test seemed to lack enough bite and feel from the front brakes – the rear, however, felt adequate.

The Indian Chieftain Dark Horse is not an easy motorcycle to live with – it heats up quickly, is humongous and heavy; but once you are out on the highway, it is comfortable and relaxed. Not to mention, Indian Motorcycles must be lauded for the refined motor and the features that the Chieftain has been fitted with. I am going to say this out loud – the Indian Chieftain Dark Horse isn’t for everyone, especially with the Rs 32.50 lakh (ex-showroom Delhi) price tag it carries. It will require you to be a bit whacky to sign that cheque in favour of Indian Motorcycles instead of a luxury car maker. But I assure you, what you get in return will be immensely enchanting.