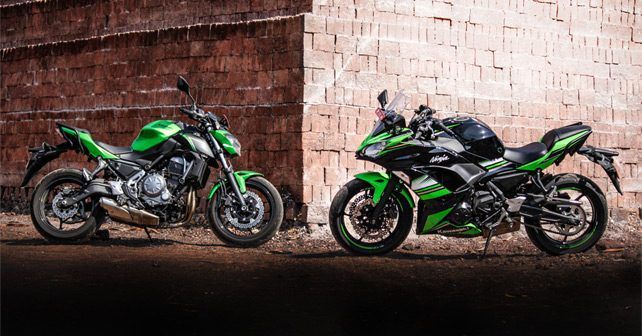 All that was good in the Kawasaki ER-6n and the old Ninja 650 remains. All that was missing has been added. So, are these the new middleweight masters then?

A lot has been said about big bike makers and their increasing interest in the growing Indian two-wheeler market. Yes, we do have lots of options to drool over now, but how many of these are truly accessible to the average motorcycling enthusiast? While the MV Agustas, BMWs and the Aprilias start at around Rs.13 lakh, the most affordable bikes from Triumph and Ducati cost nothing short of Rs.7 lakh, ex-showroom – which is still out of reach for someone making a shift from an entry-level performance offering. Kawasaki seems to have spotted this gap in the market and appears to clearly understand the need for performance offerings at a reasonable price – the ER-6n and the Ninja 650 have been testimony to this. Although the Japanese bike maker never really had a problem selling them thanks to their competitive pricing and the lack of options in their price range, enthusiasts weren’t happy with the sheer lack of equipment on these two. These shortcomings have now been addressed by replacing the ER-6n with the Z650, and launching the new-generation Ninja 650. We took them both for a spin to see if they really are the middleweight masters. 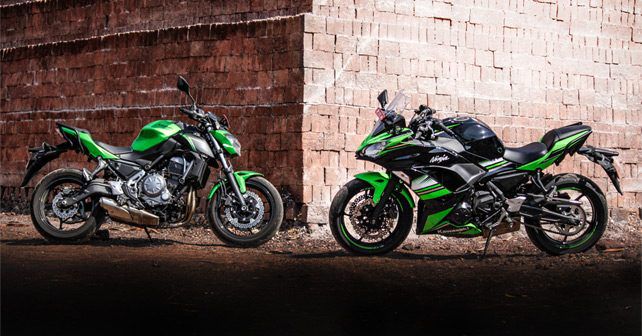 The first thing you notice about the Z650 and the new Ninja 650 is that they look nothing like their predecessors, and that’s a welcome change. The ER-6n was never a looker, and the transformation from that to the new Z650 is commendable. Sure, it doesn’t look as aggressive or menacing as its larger siblings, but considering its friendly nature I quite like the fact that it doesn’t. The Ninja 650, on the other hand, is a lot sportier than before and looks like a smaller version of the ZX-10R. Both motorcycles are smaller in size than their respective predecessors too. The seat height of the Z650 is 20mm lower than the ER-6n while the Ninja 650 is 15mm lower than before. All these aspects not only make both the motorcycles easier to manage, but also give them a fine balance of a sporty yet comfortable riding posture. We wish the foot pegs were a little more rear-set though.

The Kawasaki Z650 and the Ninja 650, just like their previous generation models, share the same underpinnings. At 204kgs and 211kgs, the ER-6n and the Ninja 650 were heavy motorcycles. Kawasaki has addressed this issue by ditching the old perimeter frame in favour of a new lightweight steel trellis frame. Both the bikes also get a new swing arm and alloy wheels, which further help them shed weight. Thanks to these updates, the Z650 weighs just 186kgs, while the new Ninja 650 tips the scale at 193kgs. 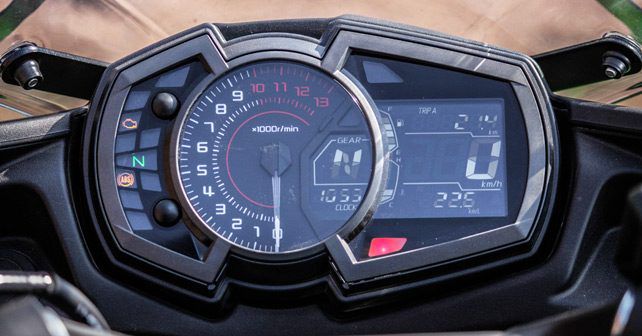 While the design and chassis are completely new, the Z650 and the Ninja 650 retain the same old 649cc liquid-cooled parallel-twin motor. That being said, the engine has now been updated to bring it in line with the new BS IV norms – which, by the way, is also the reason why its power has come down by 5bhp to 67.2bhp. The torque rating is now 65.7Nm – an increase of 2Nm. Of course, such small changes in power and torque figures don’t quite affect the performance of both bikes. To make the bikes more versatile, Kawasaki has now installed narrower intakes and smaller throttle bodies. These changes have been made to give the bikes better punch in their low to mid-range. The ease with which the power is delivered makes both these motorcycles absolutely blissful to ride. Plus, all the updates to the engine, combined with the weight reduction, have made the Z650 and the Ninja 650 quicker than the previous generation models. Twist the wrist and the bikes are quick to gain speed in a very friendly manner. As the tacho needle climbs, some vibrations are felt on the seat and the foot pegs – but the easiest way to get rid of them is to accelerate harder.

The old ER-6n and the Ninja 650 were tuned in a way that they could easily be your daily rides. These new generation models are no different. A lot of this is attributable to the 6-speed transmission. The short gearing allows you to stay slotted into fourth at speeds as low as 40km/h. From there on, thanks to the punchy mid-range, gaining speed isn’t hard either. The combination of a torquey motor and the aptly tuned ‘box help the Z650 and the Ninja 650 adapt to the city as well as the highway with utmost ease. In fact, I’ve always believed that middleweight motorcycles are all you need for Indian road conditions – and riding these motorcycles further reinforces this belief.

Like most other things, the Z650 and the Ninja 650 come with similar suspension hardware – telescopic front forks and a horizontal linked monoshock at the back. The setup leans towards comfort, thanks to which bad roads don’t really bother these motorcycles. However, the 130mm ground clearance demands you to be a bit careful while tackling large potholes or speed breakers. Of course, being setup for better ride quality does have an adverse effect on its handling dynamics. They do lean into corners with ease, but quick changes in direction aren’t quite their forte. In fact, the bikes even tend to feel somewhat unsettled when going through mid-corner bumps. All of this does leave you a little disgruntled, especially knowing what the engine is capable of. The Dunlop tyres do their job well though. 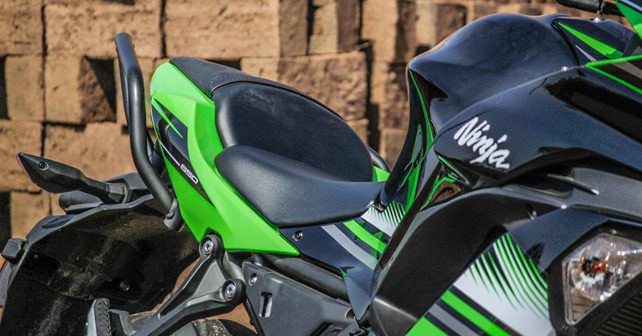 Both bikes come with two 300mm discs up front and a 220mm disc at the back, and, unlike their predecessors, they finally come with ABS. There’s ample bite from the brakes and the ABS doesn’t kick in prematurely either, but the front tends to dive a bit too much for our liking. And when decelerating, don’t feel shy to drop a few gears – as the slipper clutch will prevent your rear wheel from locking.

One of the biggest complaints with the ER-6n and the older Ninja 650 was the lack of equipment. Although it still doesn’t come with fancy tech, like a TFT display, ride-by-wire, traction control, and the like, Kawasaki has been smart to fit it with only the bare necessities to keep the cost in check. The Z650 is priced at Rs.5.19 lakh, while the Ninja 650 would set you back by Rs.5.69 lakh (ex-showroom, Delhi), which is Rs.23,000 and Rs.32,000 higher than their respective predecessors. At this price point, they are superb value-for-money. And, at the same time, they remain in a price bracket in which very few manufacturers are present. Yes, they aren’t perfect motorcycles and desperately demand better suspension hardware, but Kawasaki has got most other things spot-on ensuring that these two carry forward the baton from their predecessors with their heads held high.

X-Factor: The Ninja 650 is all the motorcycle you need, and being full faired it’s a lot more comfortable over long distances than its naked sibling.