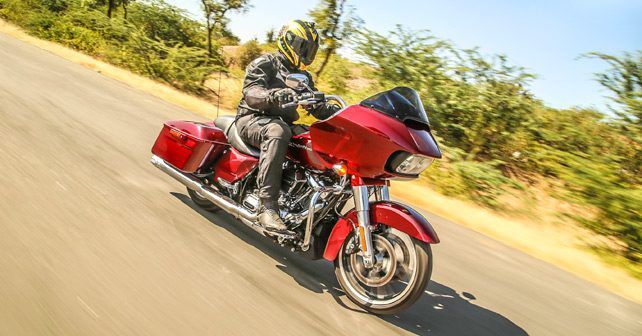 Harley Davidson has designed a new engine to take on the world of heavyweight cruisers. We ride the latest offering in its Touring line to see if it can take on the best from Triumph and Indian.

Talk of the Milwaukee-Eight engine – Harley-Davidson’s brand new unit – has been abuzz for a while now. This new engine from the American bike maker will replace the Project Rushmore series, which was already a very well engineered motor. But with the growing demand by regulators for stricter emission norms and the need for a more refined unit to keep up with the competition, Harley-Davidson knew that they needed an upgrade for their popular Touring line. And that’s why we have the Milwaukee-Eight.

While the new Touring line will also come fitted with this engine, we got our hands on the newest model to come to India from that line. The Road Glide is the most distinct looking American cruiser available in India, and it’s set apart from all the other cruisers from Triumph and Indian by its massive and muscular front cowling. Sure it hosts a very impressive 6.5-inch infotainment system, but it’s really there just for the muscle. It might not appeal to some, but we sure like it! It almost looks like an angry Elephant with its ears aggressively spread out, ready to charge and destroy anything in its path. The engine design also retains the classic V-twin configuration, which over the years has cemented its place in the hearts of Harley-Davidson customers. Another point to note is that the new engine was designed in Milwaukee and it gets 4-valves per cylinder, which gives it eight valves in total – hence the name, the Milwaukee-Eight. This also makes it easy to tune the engine for different applications, which will allow Harley-Davidson to use this motor in various models from here on out.

When I finally got a chance to test out the new engine on the Road Glide, I was really impressed. For many years now, the Indian and the Triumph cruisers seemed to be far more refined with newer technology – offering better performance. Well, I think it’s safe to say that Harley-Davidson has finally upped its game and has come out with a beautifully engineered and well-crafted engine. There’s no doubt that the Road Glide is a massive bike – it weighs nearly 400 kilograms. But, once you start rolling, you soon forget about that and you’re blown away by the ease with which the new 1,745cc engine pulls you towards the horizon. You have about 150Nm of torque on tap, and I’m not kidding when I say that you really feel the whole 150Nm no matter how low in the revs you are. I was taken aback by how smooth the engine was, and how immediate the throttle response felt. The engine doesn’t perform aggressively, but gracefully. It’s gentle and well behaved, and yet it can catapult you down the road instantly and on demand. The mid-range has improved tremendously over the previous models, and in all traffic conditions you’ll be able to ride around comfortably. But, best of all, the amount of heat discharged from the engine has significantly reduced – and I know a lot of Harley-Davidson customers in India who will appreciate that. 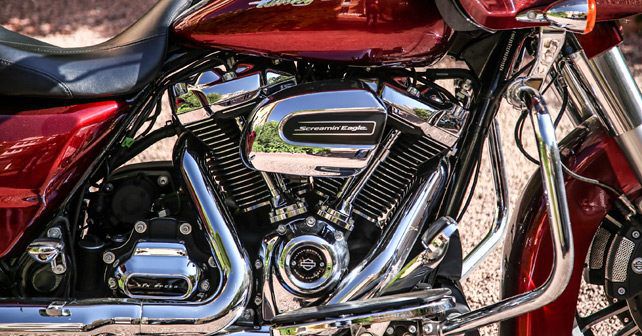 The Touring models also get a brand new front and rear suspension that improves control and offers a very comfortable ride. The new front forks are Showa 49mm, and allow for slow compression at slow speeds, and faster compression on sharp bumps at high speeds – which is good for Indian road conditions.

I also rode the 2017 Road King model, which is fitted with the same engine and I was even more impressed with the way the new engine performed. The new Milwaukee-Eight is a great leap forward for Harley-Davidson, and it’ll surely help them take the fight directly to their competitors. The entire Touring line-up needed this upgrade – both motor and suspension – and we would only expect that the other models lines will follow suit sooner rather than later. 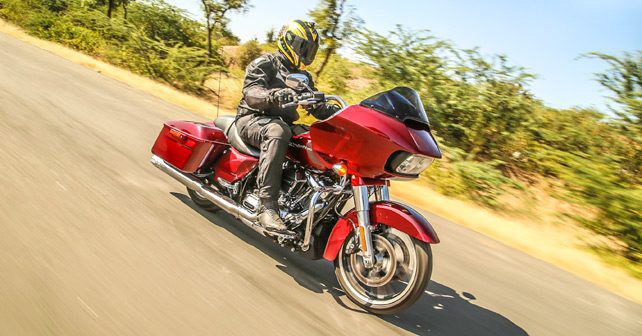