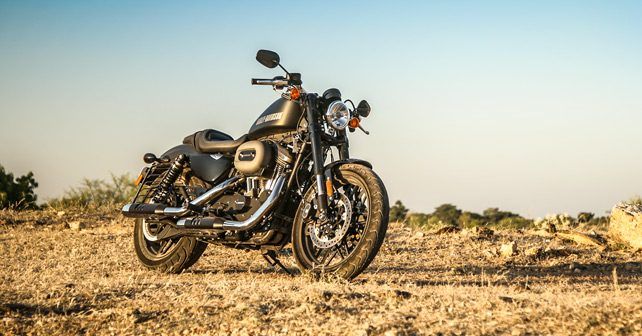 The Roadster is now the sportiest Harley-Davidson available today, but just how sporty is it really?

The Sportster line from Harley- Davidson is my favourite. It suits my riding style, and I’m also a big fan of the way the entire line-up is designed. The XR 1200, which is no longer available, was perhaps the most fun Harley-Davidson to ride – and so it helped the brand reach out to a whole new range of customers. If you wanted a proper American cruiser, but also enjoyed athletic performance, that was the bike for you. The Sportster line-up is also the preferred choice for custom builders because of its light frame and easily upgradeable engine. With the absence of the XR though, the Sportster range seems to be missing that one bike that can really reach out to a different breed of riders – and that’s why Harley- Davidson has launched the Roadster.

The Roadster is a redesigned Sportster that’s been built for more aggressive riding with better handling and better brakes. But what really makes it stand out as a capable urban sports bike is that it’s got a much higher ground clearance – which gives it a greater lean angle to take on the corners. The bike looks much the same as the Forty Eight, but it certainly looks more like a proper performance bike. 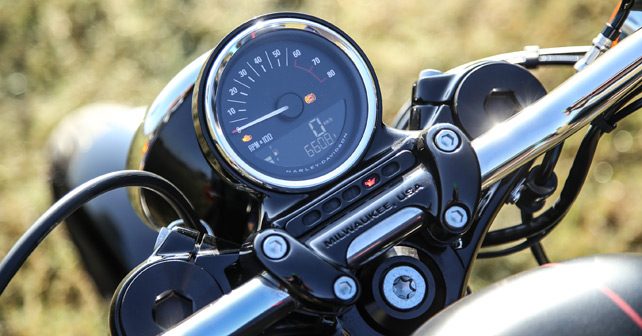 Up front, it gets 43mm inverted forks with improved cartridge dampening – which offers much more stability in the turns. It’s also gotten upgraded adjustable rear shocks that sit higher. The riding position has also been made much more aggressive. Throw in the newly adjusted steering geometry, and it turns the Roadster into a complete performance machine.

I got to ride the Roadster on some great roads in Rajasthan for a couple of days, and I have to say that it now takes pride of place as my favourite Harley-Davidson motorcycle. It still gets the same 1,200cc Evo Sportster engine, which hasn’t seen any major changes in a very long time – but it’s very enjoyable all the same. The engine feels smooth and refined throughout the entire rev range, and throttle response is good. It might not offer the most exciting acceleration, and you might find yourself downshifting a lot when you need more power, but it’s got a crisp torque output that shoots you forward, and the standard 5-speed manual gearbox works well. 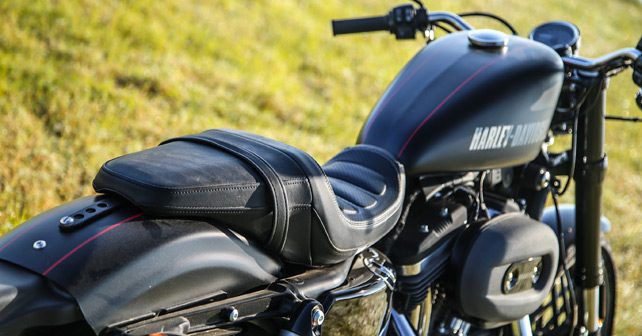 The riding dynamics, though, have really improved – and it’s unlike any Sportster that I’ve ridden before. The riding position is a little awkward at first, but you soon fall in love with it. You sit very high and your legs are bent fully – almost as if you were squatting on the bike. There isn’t too much weight on your wrists, but you are leaning forward, and the foot pegs are placed high and stretch out away from the frame. And because you’re seated like you’re on a track-focused machine, you automatically want to lean into every turn that comes your way – and because of the high ground clearance, slim frame, and wide foot pegs, you don’t have to worry about anything scraping the ground. The bike handles like a dream. It does take a little time getting familiar with it, but once you do you may never want to get off because you really do begin to feel as though you own the road.

The Roadster also gets an upgraded braking system in the form of dual front discs that offer a much better stopping rate than on previous Sportster models. The brakes still feel a little squishy and you need to really clamp down on the rear brake, but it’s a great improvement over previous models.

The Roadster is certainly the sportiest Harley-Davidson we’ve seen since the XR, and I really do feel that this bike can draw in more customers who not only want a classic American cruiser but also a proper urban sports bike. And this is exactly why I think Harley-Davidson has launched the Roadster. It offers an alternative to the more conventional cruiser variants, such as the Forty-Eight, and it’s a good attempt to reach outside Harley-Davidson’s classic customer base. And because it looks great and is great fun to ride, it just might work. 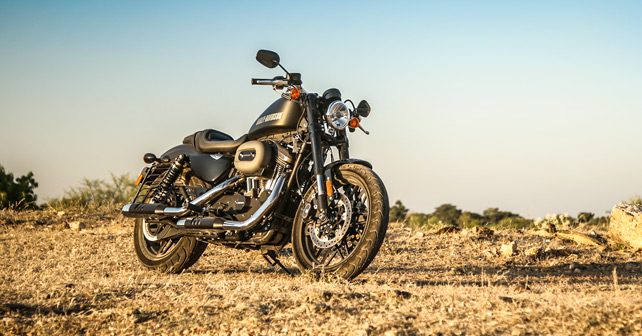 X-Factor: A brawny, and beautiful, American cruiser that behaves like a sports bike.