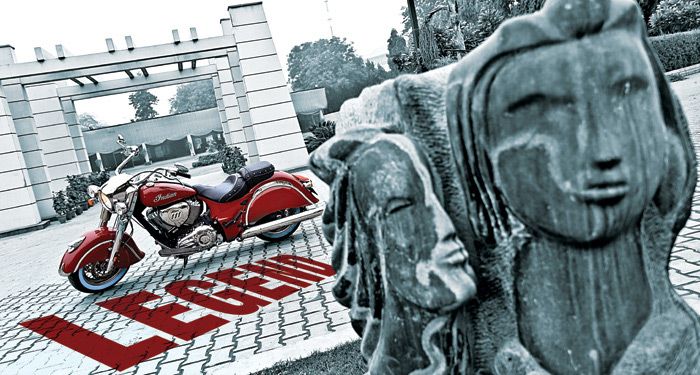 The legendary Indian motorcycle is back with a vengeance, and the iconic Chief makes a visit to India to cement its future.

In 1962,a motorcycle enthusiast from New Zealand was sailing on a cargo ship – making his way to the United States. His name was Burt Munro, and the only prized possession he had with him was a 1920 Indian Scout, which he had been continuously modifying since 1926.Burt was on his way to the Bonneville Salt Flats, where he was hoping to take part in the annual Speed Week Festival. In that visit, Burt set a new land speed record in his class at 288km/h. Since then, Burt set more speed records with the same Indian motorcycle – and, in 2006, he was inducted into the AMA Motorcycle Hall of Fame. Burt Munro became a legend, but the Indian Scout he rode was already legendary.

Indian Motorcycle was the largest motorcycle manufacturer in the world by 1910, and by 1920 they had created the legendary Scout, which Burt Munro used to set his records. The Scout was the most popular Indian Motorcycle, and is without a doubt a pioneer of the cruiser stylethat we see today. In 1922, the Indian Chief was born, but it wasn’t until the 40’s that the Chief underwent some major design changes and set the trendfor the legendary Indian design.

All was not well though. Indian motorcycle went into financial distress, and eventually went bankrupt. In 1953, Indian was taken over by Brockhouse Engineering. They imported Royal Enfield motorcycles from England, modified them slightly and then sold them as Indian Motorcycles in the US Market. A couple years later,the Indian brand was sold again. The legendary American motorcycle maker went through a prolonged turmoil, during which it changed hands many times. 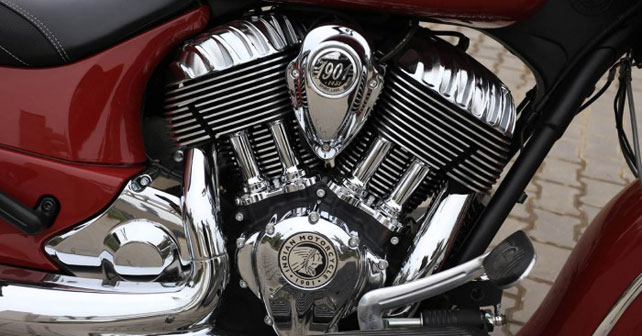 Fortunately, Polaris Industries acquired Indian in 2011 and injected fresh life into the brand. Just two-and-a-half years later, the Indian Motorcycle brand made a huge comeback. Last year at the famous Sturgis Motorcycle Rally, the 2014 Indian Chief was revealed to the world – and it received widespread recognition from across the globe.But, mainly, the American bike enthusiasts were glad to welcome back an American legend – the original bike makers of the world. Polaris has also decided to bring the Indian brand to India, and last week I was invited to get a hands-on experience with the 2014 Indian Chief Classic Cruiser. Here is our detailed Chief Classic.

The new Indian Chief has been completely developed from the ground up, but as soon as lay eyes on it you can distinctively see that the heritage and classic design still exists. The 2014 Chief Classic Cruiser takes its design cues from the 1940’s and 50’s Chief design. Both the wheels have full fairing covers, and the front wheel fairing also gets the chrome and glass Indian war bonnet light. Besides the fuel tank and wheel covers, which are painted in the original Indian red, every inch of the bike’s surface is covered in chrome. But the main centerpiece of the bike is the brand new, andbeautifully designed,‘Thunder Stroke’ engine. The Chief gets a compact mid section that looks like it’s been dipped in liquid silver, and every detail of the engine is brilliantly on display. The downward facing exhaust is long and stretches all the way past the rear tyre. The handlebars extend far away from the telescopic front forks towards the rider, and the headlight has a fog light on each side. Again, everything is covered in chrome, including the instrument gauge on the fuel tank and the switch casing on the handlebars. Even the whitewall tyres are mounted on chrome 60-spoke wheels. The new Chief certainly pays tribute to its heritage design, and everything on the bike is functional and not just for aesthetic appeal. 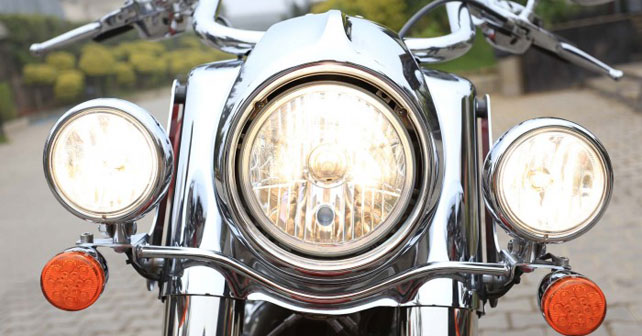 The new Indian Chief Classic Cruiser also gets keyless start, which means you don’t need a key – instead you’re given a key fob, which you can keep in your pocket and start the bike by just pushing a button. If, for some reason, you forget the key fob – you can simply enter your own personalized access code to start the bike. Once you start the bike, you’re greeted by the deep growl and thump of the engine. Theair-cooled ‘Thunder Stroke’ engine is brand new and developed by Polaris. Suffice to say, it is incredibly refined. It has a capacity of 1,800cc and can pump out 139Nm of torque, which is transferred to the rear wheel through a belt system. It really is super smooth, and you hardly feel any vibration at all throughout the entire bike. The throttle response is magnificent as well – all you need to do is open the throttle a tiny bit and the bike pulls forward instantly. It doesn’t matter what gear you’re in, even at very low rpm this Chief can truly hustle. The highly refined engine is mated to a 6-speed gearbox that works extremely well, and the clutch is light – which is a good thing for riding in the city.

As much as I like sports bikes, sometimes these big cruisers just win you over by being soincredibly comfortable – and the Indian Chief is no exception. The seat is great to sit on. It’s made of premium leather, which is sourced from the same suppliers who used to supply Indian over half-a-century ago. The floorboards are at just the right distance for you to rest your feet, and the ergonomics are perfect for a relaxed ride. The cast aluminum chassis is nicely built, and allows for easy handling. The Chief is a long, slim bike with a wheelbase of 1,755mm, and it weighs in at 368 kilograms with fuel – but it’s easy to handle. Plus, the ride is certainly confidence inspiring and extremely comfortable. Unfortunately, I didn’t get much riding time during our Chief Classic, and I only got to try it on smooth open roads – but, from whatever time I had riding the bike, there was absolutely nothing I could find to nitpick about. The bike looks fantastic – better than any other classic styled motorcycle on the market. It’s also very powerful, comfortable, and easy to ride. 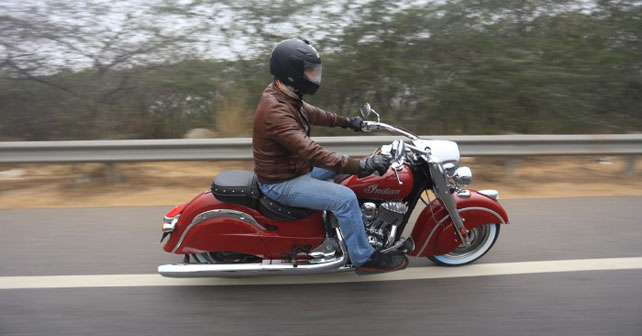 Towards the end of our Chief Classic Cruiser, we would like to say that Indian may not be able to trump Harley in terms of numbers, but they’ve clearly superseded them in terms of engineering. So if you want the best there is, you’ll want to pay the Indian Chief a visit. 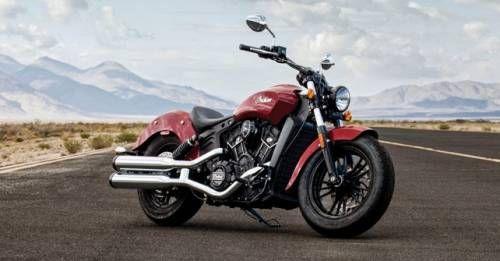 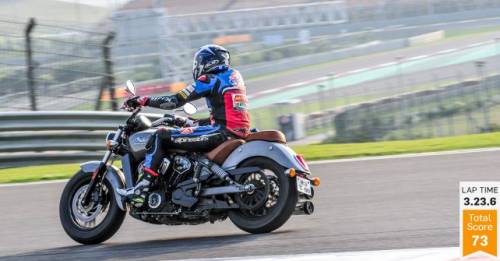 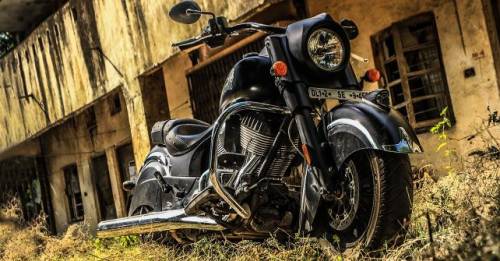 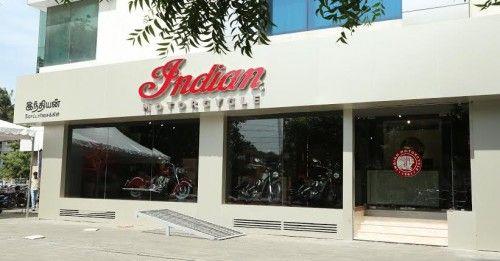