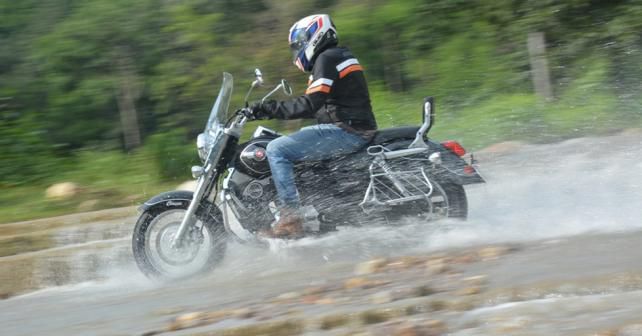 When UM motorcycles first came to India there was some excitement because a few more affordable big bikes would be available. However, UM didn’t really start off with a bang as their first two products took some time to gain traction in the market. They were also marred with a few quality issues, but slowly they have become a noticeable brand in the country.

The American bike maker has a fully functional manufacturing facility in India and it seems they are determined and focused to tap into the Indian market in the right way, and therefore they have launched two new pretty impressive variants of the Commando. The Mojave and the Classic are the latest motorcycles from UM, and I have to say that they are indeed a huge improvement over the previous models. The fit and finishing has certainly improved and the overall styling of the bikes is very nice. All the quality issues also seem to have been addressed, making these two models serious contenders in the Indian market. Both bikes are certainly going to turn heads, and what’s especially interesting is that UM is offering some added features and accessories to the bikes within their starting price tag.

The Renegade Commando Mojave is named after the American dessert area, and so it features its brown matte colour, that looks quite nice. The overall specs of the bike are exactly the same as the previous Renegade Commando models, but the styling is quite nice in the Mojave. It is very similar to the Commando model, but the Mojave also gets a nice sized saddle bag on the right side. The instrument cluster is a single round unit with the speedometer and a tiny display at the bottom that includes a gear indicator, fuel gauge and odometer. Like all UM bikes though the instrument cluster is placed rather low on the tank and you will have to take your eyes of the road for a significant amount of time to get a good look at it. Other than that the finished product looks good. 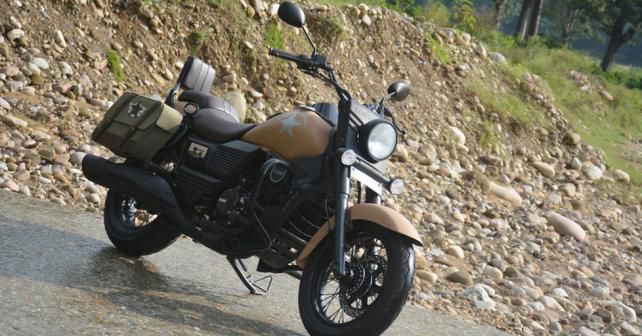 The engine and other specifications are exactly the same, which means that the Mojave also gets the 279.5 cc single-cylinder Liquid-cooled EFI  developing 25bhp at 8,500rpm and 23Nm of torque at 7,000rpm. The engine is also mated to the same six-speed transmission with overdrive. The engine seems to be very well refined and does offer a good pickup. The vibrations seem to have been taken care of and the handle bars and foot pegs don’t hassle you at high speeds anymore. Um has certainly improved it ride quality. The transmission does work well but the gear changes could certainly have been smoother, and the heel gear lever dis bother me a bit.

The bike is comfortable to sit on and it’s also got a very good suspension setup. All the UM bike models get the same parts, which is a dual cradle chassis, conventional forks upfront and hydraulic shock absorbers at the rear. This setup offers pliant ride and the bike absorbs everything comfortably. We rode mostly on some nice smooth highways, but whenever the road became rough the Bike handled itself well. Even on twisty sections the Mojave did a good job and the bike seems well balanced. The Mojave is also relatively light at 179kilograms so it’s easy for anyone to ride.

The Renegade Commando Classic is pretty much has the same road manners as the Mojave. The Classic though, is now the most expensive offering from UM. It’s also the best looking in terms of overall design. The classic certainly does present itself as a premium classic styled cruiser at a very affordable price. It’s got some size and it’s got everything a classic highway cruiser needs, including a nice big windscreen, high handlebars, a big comfortable low seat, saddle bags, and plenty of chrome to make it shine. The Classic will certainly get you noticed, and the overall quality of the bike is pretty good, although the switch gears could have been better. As a total package though, the Classic is quite impressive. Once again UM certainly paid attention to improving the overall quality of the bike and with the added accessories, they have done a good job.

The Classic gets the same engine and power specs as well as parts from all the other UM models. The Classic can easily cruise on a highway for long distances at decently high speed. You can also adjust the exhaust after you have bought the bike to make it sound a bit more like a throaty big bike. The riding position is nice but I think the seat could have been a little better, but its good no doubt. 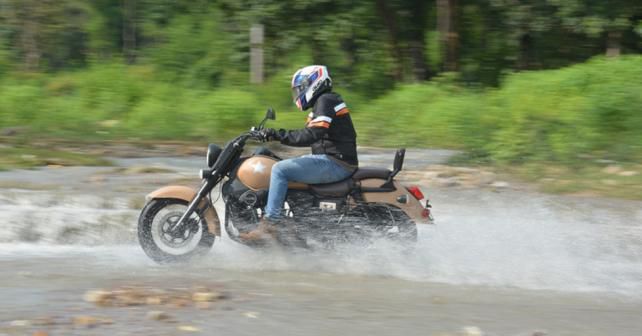 The UM motorcycles are certainly eye catching and they have very respectable engines. They are not the most exciting to ride, but they serve their purpose perfectly, Now that all the quality issues have been taken care of and the engine vibrations have been reduced, I do think that UM has a pretty good chance at making a big impact in the Indian market. The Classic especially is very nice and it’s affordable and accessible to a lot of people who want to own a big beautiful cruiser. The Mojave is priced at Rs 1.80 lakh ex-showroom Delhi and the Classic is priced at Rs 1.89 lakh ex-showroom Delhi. A very good price if you ask me. If you don’t want to take my word for it then simply head on down to a UM dealer and take a test ride. 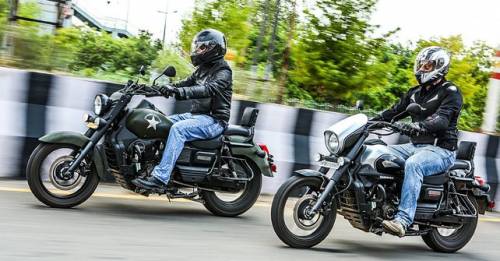