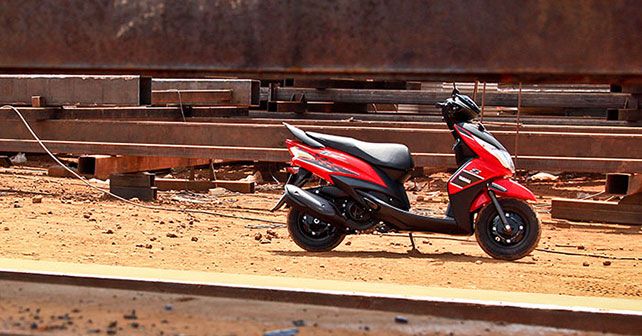 Yamaha says the Ray Z is masculine in its appeal and will get men flocking to the showrooms.

If you’ve flipped through the initial pages of the magazine, and accidentally read my opinion piece, you already know that I’m a bit pissed off with Yamaha – the one brand that I absolutely adored back in its golden days. If you’ve not read it, or don’t want to – don’t bother, you’re not going to miss much, to be honest, because I’m going to complain here as well.

When Yamaha launched the Ray in the middle of last year, I was a bit unpleased with them. But I think I have Priyanka Chopra to be blamed. Yes, she’s the brand ambassador for Hero’s Pleasure, and she went about saying “Why should boys have all the fun?” in every communication that Hero came out with for the Pleasure. Deepika Padukone wouldn’t be happy reading this, I’m sure (she’s the brand endorser for Yamaha Ray Z). 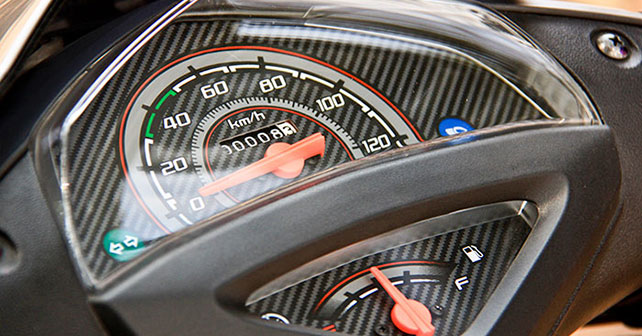 Yamaha took it quite literally I guess and introduced a gearless 110cc scooter named Ray targeted primarily at the female buyers between 16-24 years of age. They were so focused to please their target audience that they showcased colours like bright pink and purple – shades that I’ll never be found dead sampling. With no disrespect to the fairer gender, I couldn’t ever understand why the Ray carried a marketing shtick that spoke about how the scooter was perfect for women when quite a chunk of buyers in the gearless scooter segment are males?

I’m not sure about the numbers or the percentage, but in my view, a good portion of the male population, too, would’ve bought the Ray. Does that mean they’re quite in touch with their feminine sides? Whatever…

Yamaha says that the Yamaha Ray Z is aimed at the young urban male buyer. So that means an urban male buyer is stupid enough to be fooled into believing that some jazzy sticker and paint job completely transforms a product essentially designed to appeal to females into an absolute muscle-flaunting macho road-side Romeo? Hmmm, beggars some thought, this… 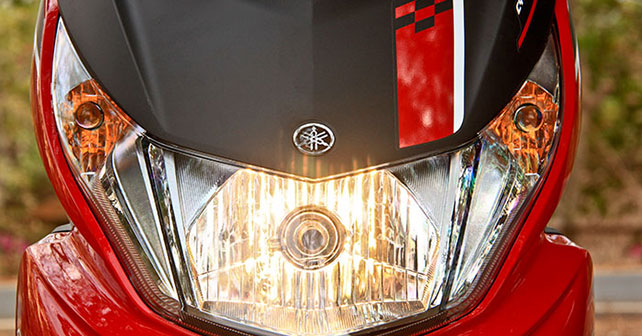 As I just mentioned, the Yamaha Ray Z gets flashy stickers all over the body, with a bold ‘Ray Z’ being prominent on the body panels to echo the masculine appeal. But you’d be forgiven to mistake the Ray for Dio – such closely matched is the styling on the two scooters. I must confess, however, that the dual-tone colour scheme looks quite good and the paint quality is top stuff. There are other cosmetic enhancements like a small screen upfront and a matte black front apron – it’s mostly ordinary stuff like that.

When the talks started doing the rounds in the media about Yamaha launching another scooter, I was hoping it’ll get a bigger engine – a 150, maybe, but definitely a 125cc, if nothing else that satisfies my fantasy. But Yamaha of course didn’t understand what my mind was thinking and bolted in the same 113cc engine that you find in the Ray. There are some technical enhancements that have been made to the engine and the underpinnings, and these changes will also find their way into the Ray in a few months time. The engine drives via a CVT gearbox and features roller type rocker arms which help in reducing frictional losses and improve efficiency. The Ray Z also gets a throttle position sensor which reads the behavior of the accelerator and maps the engine accordingly to optimize ignition timing. 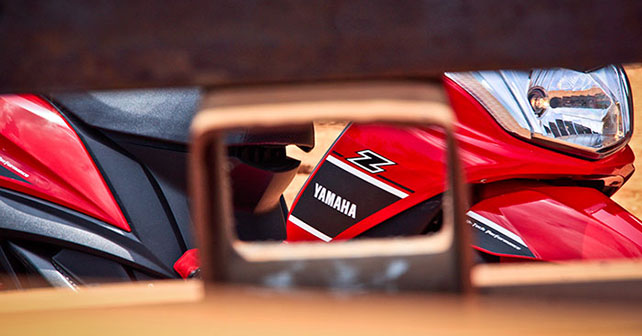 The 7bhp and 8.1Nm that the engine churns out is not exactly scintillating numbers and the scooter does feel strained and choked when riding with an equal sized pillion. The brakes of the scooter we had for our Yamaha Ray Z weren't that potent and the lever could do with more feel as well.

We felt that the Yamaha Ray Z is just a Ray in a rugged denim jacket and sunglasses. There are a few more scooters to go from Yamaha’s factory, and I just hope those aren’t just variants of each other. Amen to that.