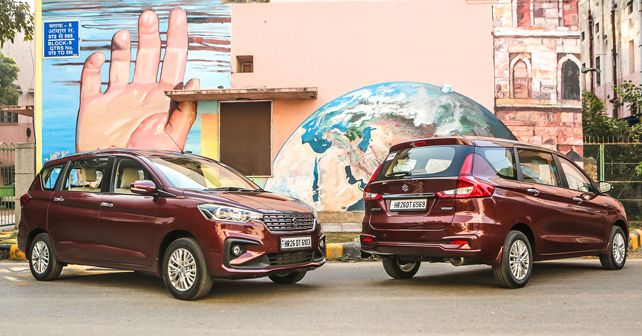 With the launch the Ertiga, Maruti Suzuki not only entered the MPV segment in 2012 but also managed to undercut its rivals. The Ertiga has been a steady performer for India’s number one car manufacturer, but after 6 years of stable performance, Maruti thinks that it’s time for the first generation MPV to retire and to launch the all-new second-gen Ertiga. The secret behind this vehicle’s success has been its practicality and, more importantly, its value-for-money quotient. Maruti has stuck to the same winning formula with the 2018 avatar by pricing it at ₹ 7.44 lakh onwards. As the Eritga now comes with a more powerful new 1,462cc petrol engine, same as the Ciaz, we got behind the wheel of both manual and automatic versions of the new MPV to find out how they fare against real-world conditions. 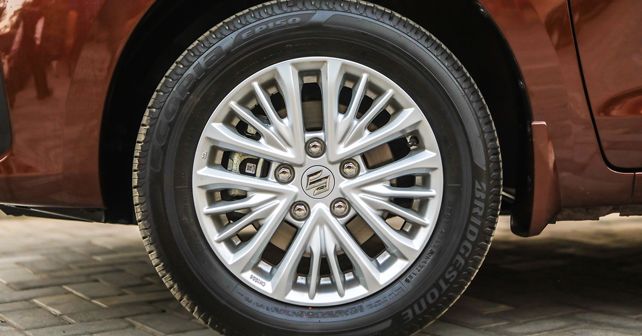 Exterior
In an attempt to make the Ertiga distinctive, Maruti has gone bold with an in-your-face chrome studded front grille. Honestly, it doesn’t look garish at all, as the slightly swept back elongated headlamps complement the new nose. The new headlamp cluster now boasts projector lamps for a better and an accurate light dispersal. The front bumper is now a lot more muscular with an edgy design, especially where the fog lamps are housed. Coming to the side profile, the Ertiga still comes with 15-inch alloy wheels, but it gets a new design. There are a couple of prominent creases running across the Ertiga from the A-pillar all the way to the new L-shaped tail lamps. Another line runs across the lower part of the doors from the front wheels to the rear, adding a bit of a character. Now the rear of the Ertiga, in my opinion, is where it stands out. Take a closer look, and it seems that Maruti has been inspired by both Volvo’s and BMW's design philosophies. The all-new LED L-shaped tail lights appear to be straight from the XC60, while the rear design is from the Bavarian luxury carmaker's SUV range. To give credit where credit is due, Maruti has managed to make the Eritga look very contemporary and quite pleasing to the eyes. 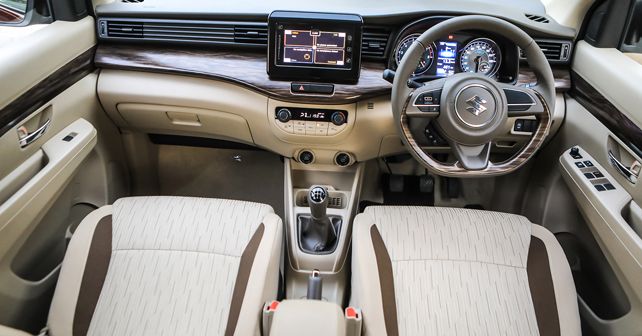 Step inside, and you’re welcomed by a predominantly beige cabin, with a dual-tone black and beige dashboard that’s smartly designed with an Audiesque stretched air condition vents in front of the passenger side. Adding a touch of class, the cabin gets a faux wood finish on the dashboard and side of the doors. Unlike the automatic trim, the manual version’s flat-bottom steering wheel is leather wrapped and wood finished, like the Dzire. Again, the design is in with good taste and doesn’t feel tacky. It actually gives the Ertiga a bit of a premium feel. Based on the same 2,740mm wheelbase, the new Ertiga is now 40mm wider, 5mm taller and 99mm longer. As great as that sounds, how does it actually translate in terms of passenger comfort and space? 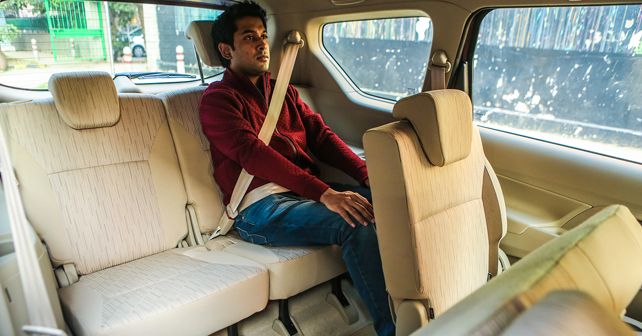 To start with, the second row offers acres of legroom, and as the 60:40 split seats can both slide and recline, even passengers with over 6-feet height will have no complaints at all. For easy access to the third row, Maruti has now introduced a one-touch recline and slide mechanism so that the second-row seats can be effortlessly folded. Entering the third row, however, still remains quite a challenge. But once seated, it’s evident that it offers more leg space and shoulder room than the previous generation Ertiga, thanks to the reclining seats. As the MPV is longer, it even offers luggage space with the third-row seats up.
The seats, on the other hand, provide a lot more cushion and back support than the other Maruti vehicles, like the Swift and Ciaz. Sadly, the seat squabs are flat, especially in the second and third rows, therefore, they lack under-thigh support. As the armrest in the second row isn’t very pronounced, a third passenger can sit in the middle with ease.

The new 103bhp, 1,462cc petrol is more powerful than the previous model’s 91bhp, 1,373cc motor, but Maruti also claims that the new petrol powertrain is more fuel efficient – 10 per cent to be precise. According to the manufacturer, the new Ertiga petrol manual and automatic versions return 19.3km/L and 18.6km/L, respectively, as compared to the older engine’s 17.5 km/L for the manual and 17km/L for the automatic. They have managed to do this with the help of two batteries — a lead acid and a lithium-ion one. The hybrid system also comes with a brake energy regeneration system, which recharges the lithium-ion battery, and the battery, in return, provides torque assist to the front wheels whenever required. So, to cut a long technical story short, this hybrid system ensures that the engine remains fuel efficient. 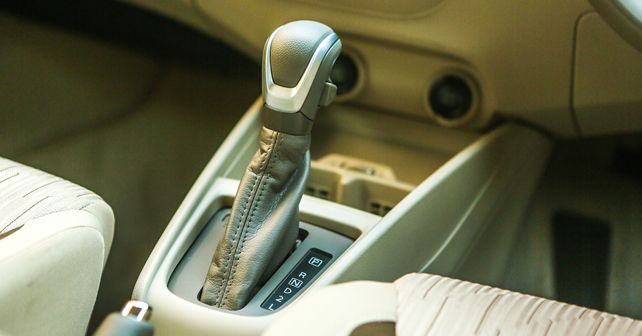 Okay, enough of juggling around with all these figures and technical jargons. Let’s find out how the new 1.5-litre behaves on the road. We first got our hands on the 4-speed automatic torque converter. I slotted the gear shifter to drive mode, and it cruised in a calm and a composed manner. As the transmission’s ratio is high, it seamlessly changes gears and picks up speed in a linear fashion. It glides in start-stop traffic without any stress. We decided to step on the gas, and see how it reacts during a quick overtake. To be honest, in city traffic, it has just about enough punch to zip past another vehicle, but on the highway, it struggles, especially when it’s fully loaded with seven adults. Keeping in mind that it’s a people’s carrier, the automatic does a decent job in the city, but, personally, I think, it’s time Maruti started looking at the 6-speed torque converter or a CVT, which would certainly bring some boldness to its lazy nature.

Coming to the 5-speed manual transmission, its characteristics are also linear like the automatic, but the main difference here is that you could push the engine a bit more by letting the rev needle cross the 4,000 – 4,500rpm mark. Believe it or not, this is where you feel the power gushing in, as the Ertiga starts to sprint. The only problem is that the engine begins to feel strained and the noise starts to enter the cabin. This is when your natural reflex kicks in, and you start to ease off the accelerator. The 1.5-litre has a relaxed nature at low and mid-range powerband with ample power to manoeuvre around city traffic. 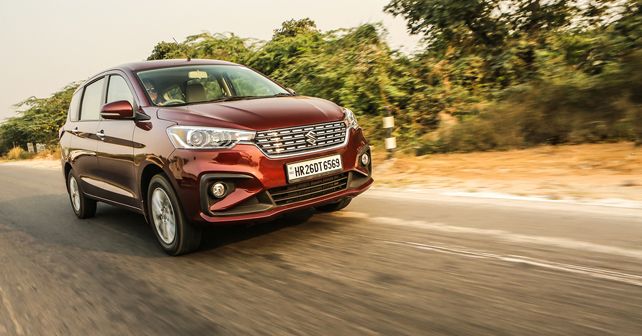 Keeping in mind that the Ertiga is almost 4.4 metres in length and weighs in the region of 1,750kg, it feels a lot lighter due to the Heartech platform. Don’t get me wrong, it can’t zigzag through the traffic like the Swift, but it changes lanes effortlessly without making you feel the weight. Yes, one still has to be aware of the length of this vehicle. With a lighter steering wheel and clutch, the new Ertiga drives more like a crossover than an MPV. Handling is obviously not a USP of an MPV, but to our surprise, the Ertiga didn’t feel too out of shape in corners. Of course, there is a bit of a body roll, but nothing that made us second guess it. All this is possible due to the rigidity of the chassis, which has improved the vehicle’s handling capabilities.

The Ertiga comes with ventilated disc brakes at the front and drums at the rear. The brakes provide a decent bite, but solid discs at the rear could have been better.

With a brand-new torsion beam and coil spring in the rear, the Ertiga provides a supple ride quality. The suspension manages to comfortably insulate passengers from the undulations. Whether a bump or a ditch, the ride never suffered, neither did it crash into it, unsettling the passengers' comfort. 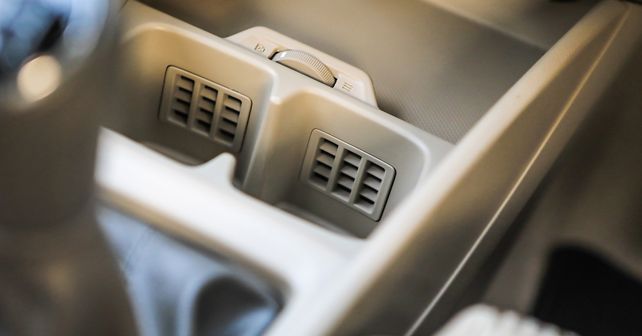 The 2018 Ertiga is feature-laden both in terms of comfort and safety. It boasts air-cooled cupholders – a segment first – which is integrated into the central console. As it receives air directly from the AC, you can both cool or keep your beverage warm, according to your need. The MPV now also comes with an automatic climate control. In the instrument cluster, between the rev meter and the speedometer, it gets a 4.2-inch multi-information display like the Baleno. It displays fuel economy, power and torque and even doubles up as an analogue clock. The Eritga is also equipped with a 7-inch infotainment system, Android Auto, Apple CarPlay and even Mirror Link for smartphone connectivity. When it comes to safety, Maruti has left no stone unturned, as the Ertiga comes standard with dual airbags, ISOFIX child seat anchorages, ABS with EBD and brake assist, along with reverse parking sensors across all variants.

Coming to the practical aspect, all the three rows come with 12-volt sockets and cup or bottle holders. The second row gets four AC vents, which also works for the third row.

The new Eritga is now more spacious, fully loaded with features and has a plusher interior. Maruti has tried to make it give it a bit more contemporary exterior. The built and finish is still the best in its segment and, at the same time, offers the most value for money in the segment. So, if you have a big family or you ferry a lot of people on a daily basis, then look no further than the Ertiga. 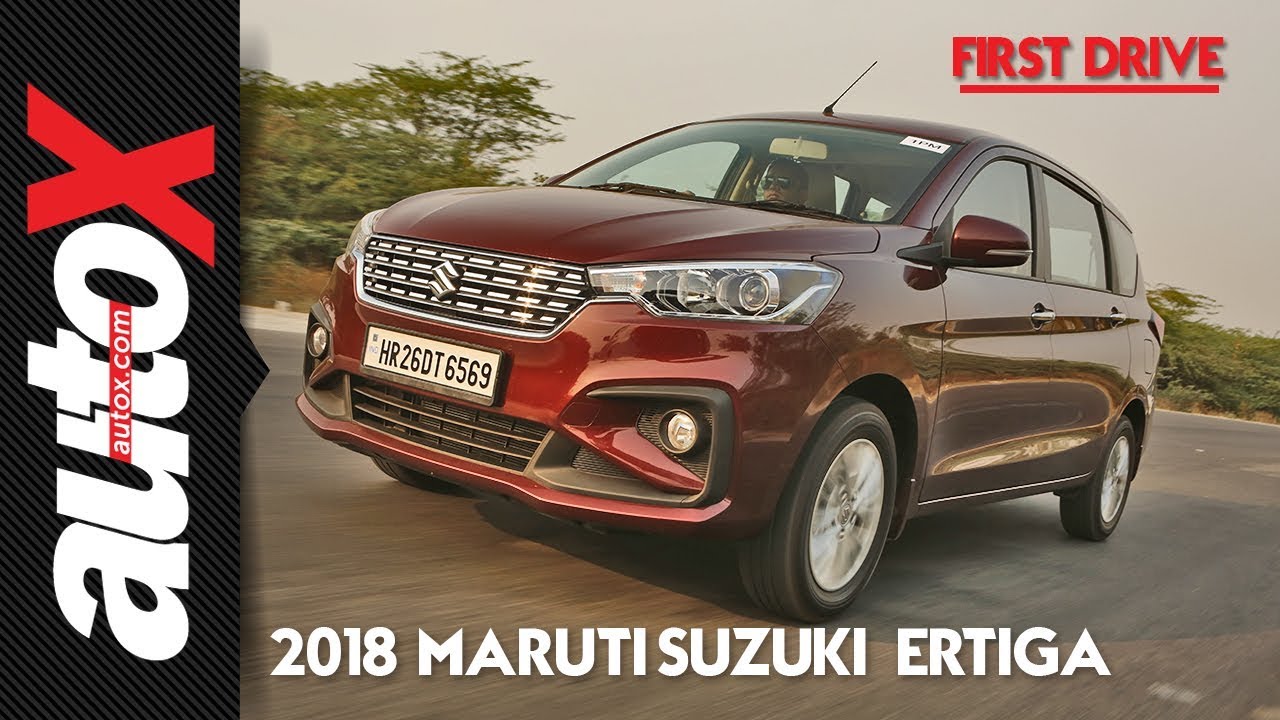 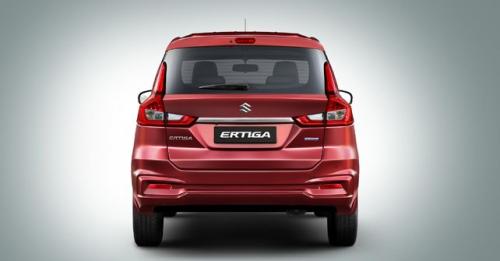 Maruti Suzuki Ertiga to get new diesel engine after Ciaz 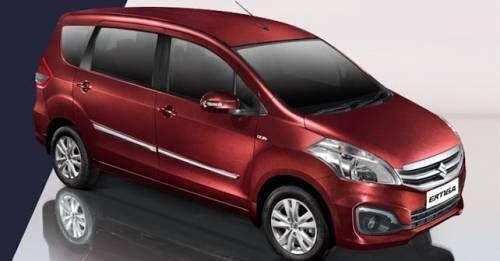