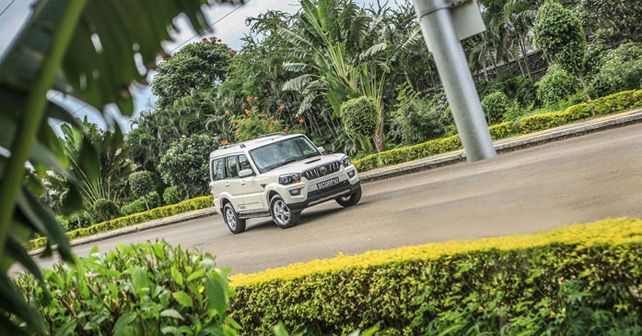 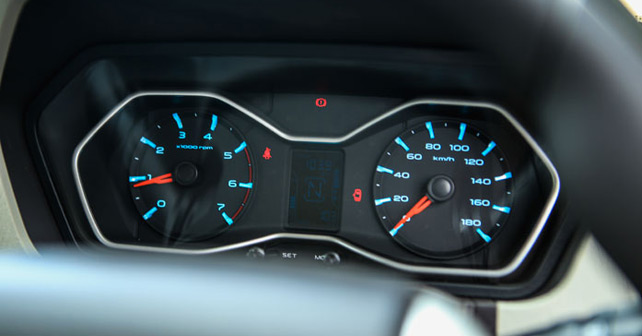 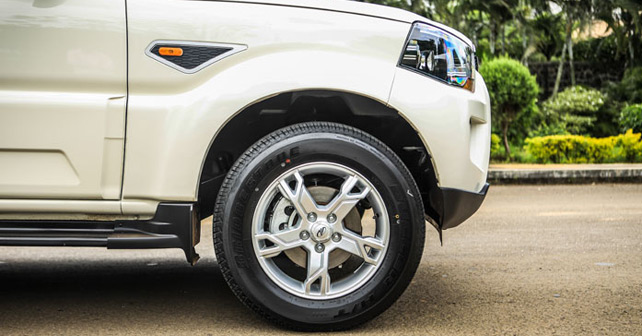 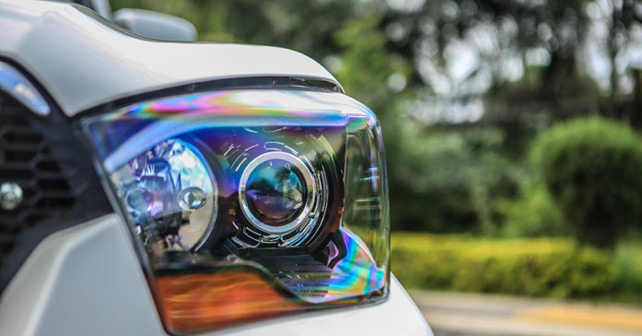 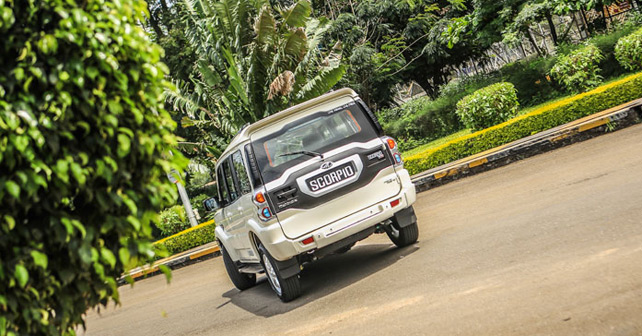 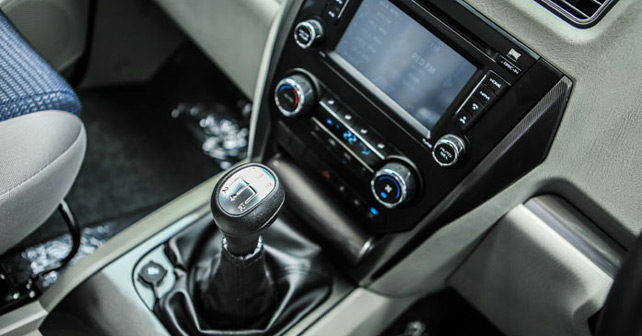 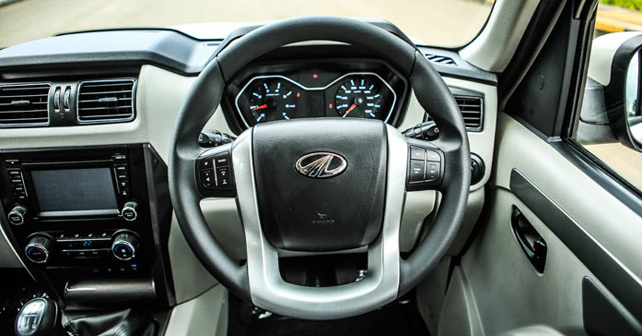 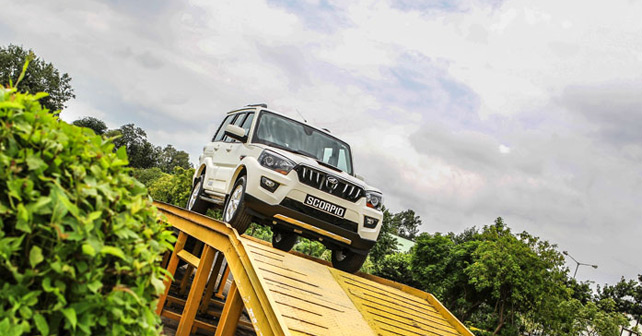 M&M’s success in the personal vehicle market was spurred by the launch of the Scorpio. So, as the company prepares to launch a new avatar of the Mahindra Scorpio, we take it for a quick spin for our Mahindra Scorpio and to see just how far they’ve progressed.

If you look back into the history of the personal vehicle line-up of Mahindra & Mahindra, their first big success came about with the launch of the Mahindra Scorpio over a decade ago. Historically known as a producer of commercial and farm vehicles, Mahindra made an all-out effort to produce an SUV for personal use – and the first-generation Mahindra Scorpio was the result.

Of course, much has changed since then – the company has diversified its passenger vehicle portfolio with a variety of products and has even made its first monocoque vehicle, the XUV500. But, the fact of the matter is that the Mahindra Scorpio – which has received numerous facelifts in the intervening years – was getting old and needed a major revamp to keep up with the ever-evolving competition. So, about three years ago, Mahindra started working on a brand new platform that would house the next generation SUV. And we finally got an opportunity to briefly get our hands on this vehicle at the M&M plant in Nashik. So we wasted no time in doing our Mahindra Scorpio to help you know if all the hype created around the new Scorpio is worth your money. 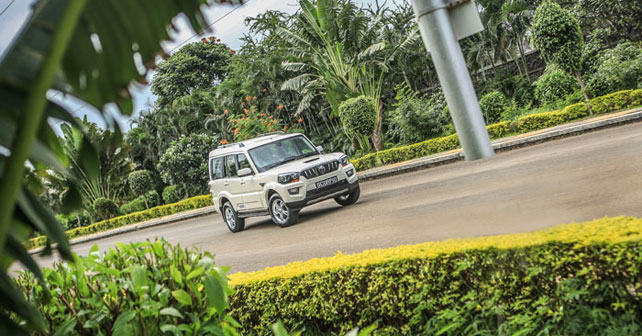 Looking at the new Mahindra Scorpio, I must say that the initial impression is mixed. For a vehicle, which according to Mahindra, hasn’t carried over any body panels – other than the doors and roof – the styling is simply far too evolutionary. While it does feature a far more aggressive front end with a bold grille and large headlamps – which makes it look like a snarling canine – the overall theme is too similar to the old car. The rear end, which features a new colour scheme, also looks like the designers were trying too hard to differentiate it from the older car without affecting any major changes. The rear tail lamps, on the other hand, which feature LED’s, are quite striking – even though their chrome finish is a bit too flashy for my taste. But, whatever you think of the design, with renewed aggression and large 17-inch wheels, there’s no denying that the Mahindra Scorpio has a lot more aggression and road presence than the older car. And that certainly appears in our Mahindra Scorpio 2014 to be the point with this new design!

The interiors too have been given a complete redesign, with the aim of fixing the main shortcomings of the previous model. So, there’s a brand new dash, centre console and instrument cluster – all of which is a major improvement as far as the design, fit-and-finish, and layout is concerned. The owners of existing Mahindra Scorpio’s would be happy to know that the power window switches are now located where they always should have been – in the door pads. The cabin now also features a touch screen entertainment system with built-in navigation and Bluetooth connectivity, as well as an automatic climate control system – which, I have to say, works quite well. There’s also a definite focus on safety with the Mahindra Scorpio featuring ABS and twin-airbags on certain variants. 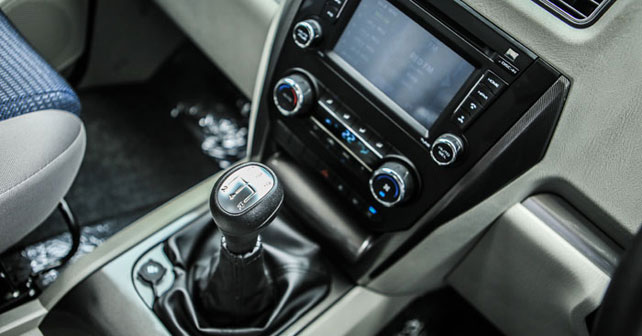 As far as the drivetrain is concerned, we realised during our Mahindra Scorpio 2014 that there’s no change – not that one was needed – as the new Mahindra Scorpio carries over the mHawk engine and the five-speed gearbox from the older car, while there’s also the option of the 2.6-litre m2DICR engine for the base model. The chassis, however, has seen massive changes in regards to its construction, as well as the suspension layout. This brand-new platform will also form the basis of all the other body-on-frame passenger vehicles that will be developed in future by Mahindra.

Perhaps the most significant change to the new chassis is the change to the track – so the Mahindra Scorpio now features a 70mm wider track at the front, as well as a 50mm increase at the rear. The chassis is also now almost twice as stiff as before, which, along with the suspension layout, greatly improved the ride and handling of the vehicle as we were thrashing it around for our New Mahindra Scorpio. While the front suspension still retains its double wishbone layout, it now features a brand new design to improve the handling, as well as result in a reduced turning circle to ease city driving. The rear suspension now has an anti-roll bar, which should contribute hugely to improving handling and stability.

While doing our Mahindra Scorpio 2014 we realised that the new car has much better composure – along with much-improved ride, as well as better stability at high speed. The brake pedal, while a bit on the softer side, works well – and the front end of the Mahindra Scorpio, even under heavy braking, doesn’t dive anywhere near as much as the older car. Add to that the faster steering rack, which has much better response, and the result is hugely improved handling. However, there’s just no getting away from the fact that even the new Mahindra Scorpio is a seriously heavy vehicle – with a kerb weight of over 2.5 tonnes – and the feeling of that mass never really goes away.

So, while it might not be quite so evident stylistically, the new Mahindra Scorpio offers a raft of improvements – especially in areas where it was clearly lacking vis-à-vis the competition. As a result, it features better quality levels and improved fit-and-finish, as well as increased levels of standard equipment and decidedly better ride and handling. Sure, there are still plenty of rough edges that still need to be ironed out, and the styling might not be everyone’s cup of tea. But, for Scorpio loyalists, and for people looking for a tough, sturdy, body-on-frame SUV, the new Mahindra Scorpio could prove to be a very attractive proposition. We will, however, hold off on final judgement till we get to spend some quality time with the new car and really put it to test... 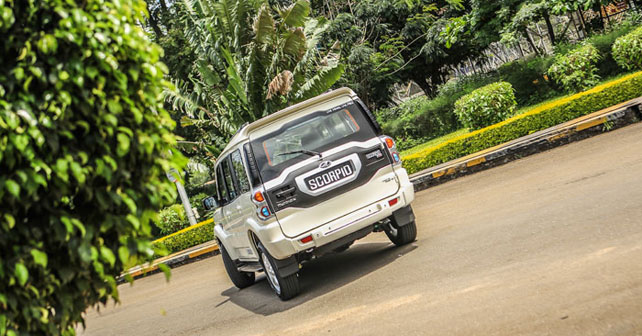