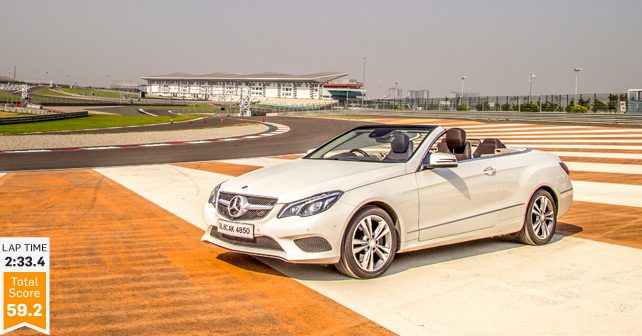 If you look at the car market demography, there’s a niche that demands a particular type of car – a true four-seat convertible. And with the E400 Cabriolet, Mercedes is looking to fill that niche. The advantage that the E400 has over most other convertibles is the fact that it has a pair of fairly usable rear seats – which means that, for short journeys at least, four adults can use the car in comfort. The interior too is quite well finished, and feels fairly plush for its segment. 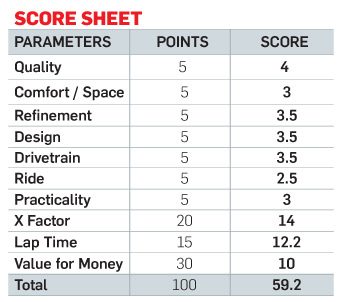 Pair this with the fairly sprightly 329bhp 3-litre turbocharged petrol engine, and it makes the cabriolet an interesting animal – fairly quick, but not one that pretends to be a sports car. Let’s be honest, the most mileage any car of this kind will see on a regular basis will be to the porch of a fancy hotel or to the hippest mall in town – and at doing that the E400 is just fine. Take it to a racetrack though, and it behaves more or less like a fish out of water. The chassis, having lost a vital part of itself – the roof – is much less rigid than its sedan sibling, and it simply doesn’t feel as solid. The seven-speed gearbox is another bugbear, with its slow shifts and fiddly response when using the shift paddles.

However, the engine shines with its refined, yet punchy, power delivery – which gives the driver the option of sliding the E400 at will, which is possible but a little hilarious as well since the majority of the body structure simply doesn’t seem willing to engage in this act. So, the track is not the natural habitat for the E – and it doesn’t feel at home there, but for everyday use on our roads it could actually make sense, especially if you belong to that particular niche that sees the need for a comfortable four-seat convertible that would be simply perfect for that leisurely Sunday drive on a winters’ morning!