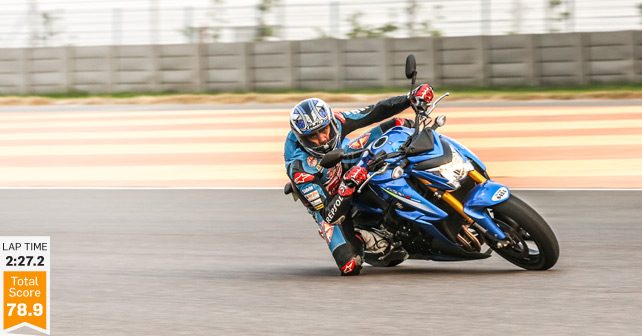 In terms of performance, build quality and refinement, the GSX-S1000 is flawless. Nothing, seemingly, can make it better than it already is. It’s the most outrageous machine we’ve ridden this year, and that claim is unanimous amongst all of us – including Sarath. The Suzuki GSX-R1000 was already one of the most legendary litre-class bikes in the world – so we expected this naked version, launched this year, to be just as spectacular.

The bike may not be the best looking one we had, but it certainly is imposing and has a great overall design. It’s a simple, yet functional, design, and its overall build quality and use of components is the best that we’ve seen on any bike launched this year. The bike scored exceptionally high in all these parameters. 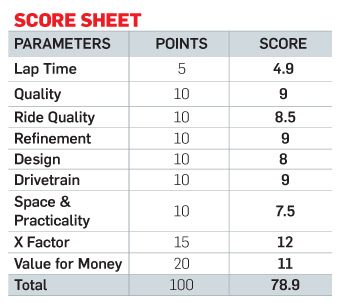 When it comes to performance, the 999cc engine is the most refined and best performing unit we rode during our jury round. This is the same engine that has attained mythical status as the previous generation GSX-R1000, and it even has that proper GSX-R growl. It gets about 145bhp, which is more than enough to have some awesome fun with. This is also the first proper super-naked bike from Suzuki, but it does seem to be more of a soft naked-sports bike when you compare it the BMW or KTM 1,000cc naked bikes. But the acceleration is on par with the Europeans, which means that it’s really fast. When compared to the GSX-R, the GSX-S gets a new frame, which is lighter, and it also gets a new dash – as well as new wheels and tyres.

The riding position is very relaxed. It’s a comfortable, natural riding position, and because of the light frame the bike is very easy to use in city traffic. The overall ride quality is also brilliant and the handling is fantastic. The GSX-S1000 had the second fastest lap time, and Sarath was hugely impressed with the bike. It obviously has less power than the Benelli TNT 1130, but it’s a much more refined and comfortable ride.

The bike is really impressive. It’s easy on the eyes, and the body – plus it’s got face-numbing acceleration. Overall, it’s a really fun and practical bike to have. The GSX-S1000 missed out on the top-three by just half a point. It was a very difficult decision to make, because the GSX-S1000 was everybody’s favourite bike. But we have to look at the bigger picture, and follow the grading parameters. The Triumph Tiger scored higher because it has more character and is a more capable machine – with newer and better technology. The GSX-S1000 is a street-fighter, and its usability in India is much less than the Tiger. Nonetheless, the GSX-S1000 was the most-loved bike by the jury. 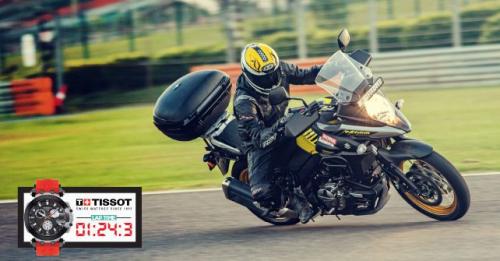