WRC: Hyundai & Toyota battle it out at Rally Turkey 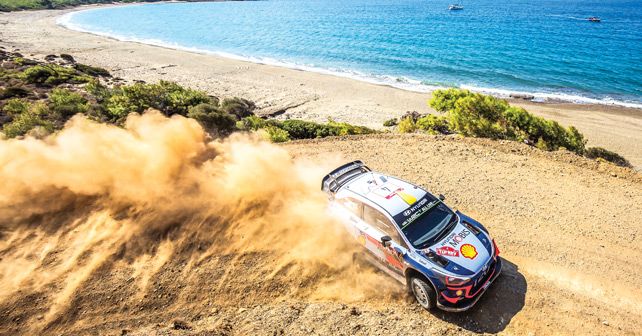 This year marks the return of Rally Turkey after being missing from the WRC calendar for eight years. With the Hyundai and Toyota teams running neck-and-neck, and with the driver’s championship in precarious balance, Turkey offered more excitement in the WRC season than anyone anticipated.

Surprise can sometimes be a rather difficult thing to handle, as was discovered by various competitors at the Rally of Turkey. Marking a return to the WRC calendar after 8 years, this year’s rally was held in the Marmaris region for the first time. And with none of the teams having any experience of the terrain in the area, the terrain came as a bit of a shock to many.

As Haydon Paddon said when I sat down with him for a quick chat, they’d found the road surface in Rally Turkey to be filled with big rocks and very hostile conditions. In fact, Paddon clearly mentioned that the rally was by far the brutal in the WRC calendar as far as road conditions and possibility of wrecking damage to your rally car was concerned. He mentioned as much that on the first day, he wasn’t driving for outright pace, but for preserving his car, something that served him well at the end of the really.

Despite that though, the driver’s championship leader – Thierry Neuville – and his constructor’s championship leading team – Hyundai Motorsports – made the best of the first day, leading the rally with Neuville in the lead followed by second placed Sebastian Ogier of Team M-Sport Ford with a gap of just 0.3 seconds between them.

Disaster however, struck early on the third day, as Neuville damaged his car’s suspension and had to retire for the day, while Ogier also picked up damage on right front suspension of his car. This meant that both the leading drivers were effectively out of the reckoning, and this came as a huge advantage to the Toyota Gazoo WRC team drivers, Ott Tanak and Jari-Matti Latvala. Till the chaos that happened up ahead in the field, Tanak – the winner of the past two rallies – was struggling for pace and was once running as low as 9th. However, the retirement and damage to cars meant that he was soon in the lead, with Latvala following him in second place. Team Hyundai at the end of the second day was represented by Haydon Paddon in third place behind the Toyota duo and Andreas Mikkelsen finished in fifth place. 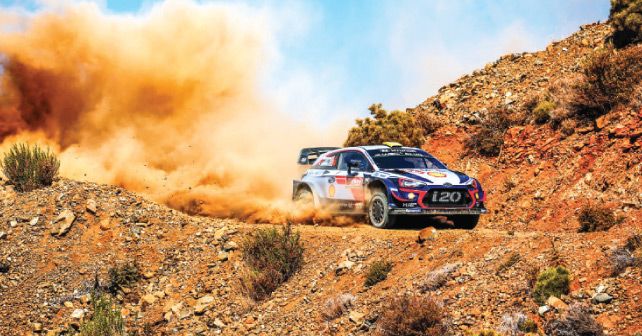 Under the Rally2 rules, Theirry Neuville started again on the third and final day of the rally, and managed to win the SS14 special stage, which bagged him five points to improve his lead in the driver’s championship standing. The overall win, however went to Ott Tanak – making it his third consecutive win this season – and allowed him to jump over Sebastian Ogier in the overall driver’s standings, taking second place, only 13 points behind Neuville with Ogier now 23 points behind Neuville.

However, while Neuville managed to maintain his lead on the championship, Hyundai Motorsports was not so lucky. With their cars not performing as expected, the lead in the constructor’s championship shifted to Toyota, helped by their 1-2 performance of Tanak and Latvala, with Toyota achieving their first 1-2 finish in the past 20 years. What the testing conditions of Rally Turkey did achieve though, was opening up both the title and constructor’s battles and thinning the margins between the leaders.

While Ott Tanak might not have been on top pace in Rally Turkey, he did manage to avoid damage to his car in a tough rally and that helped him achieve the win, as did the team orders on the last day which asked his team mate and second placed driver Latvala to hang back so both cars could finish the rally. If there were consolations for Hyundai, they were that despite the tough conditions, they still were the fastest team, and the bonus points of the power stage did increase the slender lead that Neuville has over Tanak.

However, with only three rallies left to go before the Championship ends – Wales, Spain and Australia – the fight for both the drivers and constructors titles is wide open. And given the consistent performance of Ott Tanak over the past three rallies makes him a force to reckon. Neuville and Team Hyundai on the other would be hoping for kinder conditions and hoping to maintain their lead for the next three rallies. And for the fans of the exciting championship, this only provides more nail-biting moments as the top rally drivers fight it out over the next couple of months to decide the titles. 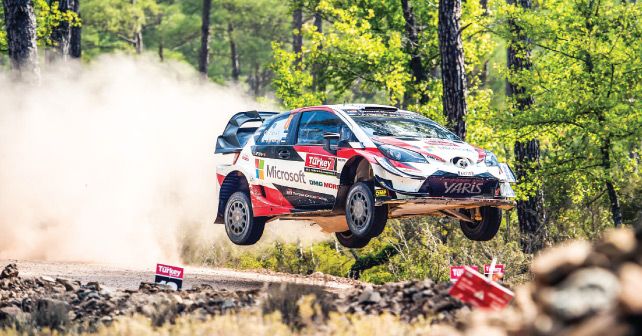 The win at Rally Turkey was the third consecutive win for Ott Tanak of Toyota, bringing him just 13 points short of Champioship leader Neuville.