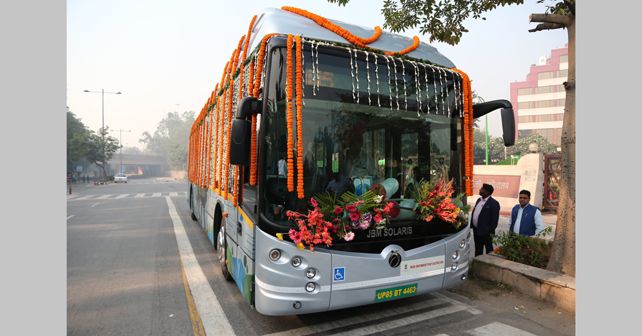 The Delhi government has partnered with JBM Solaris Electric Vehicles Ltd. to introduce the electric bus model, the ECO-LIFE, as part of the new fleet of all-electric eco-friendly buses

In a much-needed respite from the capital's ever-growing levels of vehicular pollution, the Delhi government today flagged off the trial run of electric buses, which are soon to join the current fleet of CNG-powered buses. The proposal to introduce electric buses on the city roads was so far only on paper, but now with the trial runs, things seem to have taken a positive turn. If successful and introduced as a mainstream service, it could potentially change the face of public transport of the entire country.

The trial run was flagged off today from the Delhi Secretariat by Kailash Gahlot, Delhi's Minister of Transport, in the presence of Ms Varsha Joshi, Secretary of Transport and Power, Govt. of NCT Delhi and Mr Nishant Arya, Executive Director of JBM Group. The ECO-LIFE buses come fitted with lithium batteries, which can be charged either through a pantograph or through a fast plug-in charging system. Depending on the city's traffic condition, each bus can run 150 – 200 kilometres (approximately) during 10 – 15 hours of city operations. Over a period of ten years, each bus can prevent around 1000 tons of Carbon dioxide emissions and can save nearly 3,50,000 litres of diesel.

The ECO-LIFE buses also overcome the shortcomings of our existing fleet of buses as they feature a 'kneeling mechanism', in which the bus lowers itself by 60mm towards the passenger-side door, allowing easy boarding and de-boarding of senior citizens and children. The specially-abled too can perform both the processes easily through specially-designed ramps. These buses also come fitted with safety features like a Passenger Information System (PIS) with GPS connectivity and a centrally-monitored live camera feed to enhance the safety of the passengers aboard. To prevent drivers from getting distracted by complex controls, the dashboard comes fitted with an intuitive touchscreen.

Speaking on the occasion, Mr Nishant Arya, Executive Director, JBM Group, said,'We are all speaking about pollution and how it is an increasingly serious health concern in the metropolis. Studies have shown that 36% of the pollution has its source within the city, which includes 3% of pollution from buses. In such a situation, it becomes imperative to shift our mass public transport system from fossil fuel to non-fossil fuels on an immediate basis. Aligning with the Government’s vision, our focus is to bring path-breaking innovation in the Electric Vehicle space, and ECO-LIFE is our first offering in this direction. At JBM, we are looking at providing the complete ecosystem for EVs as a one-stop shop.'

While these electric buses seem really capable on paper, their true test will be the range that they can offer between two charging cycles, keeping in mind that the traffic density on the roads is only increasing with each passing day. 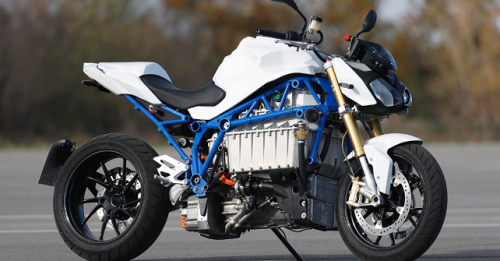 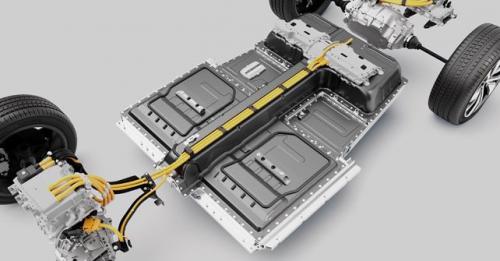