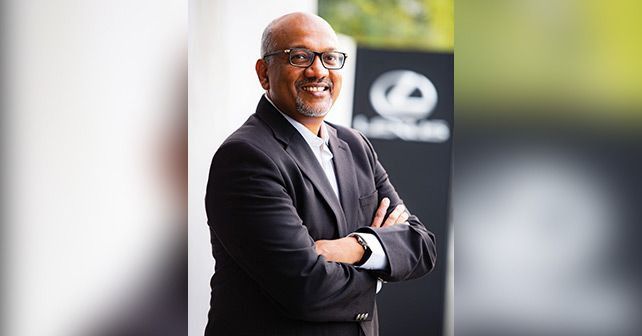 P B Venugopal, MD of Lexus India, speaks about local assembly operations of the ES 300h sedan and aftersales plans in India.

How far back does the decision to start local assembly operations in India go?
Ever since we started sales operations in India back in March 2017, we’ve been planning this move. So, keeping in mind the kind of training and mindset that’s needed, one of our senior members from the production team had announced during the Kyushu visit that an Indian team was already in place, working on the plan. Thus, from January 2020, we started local production of the ES 300h, and so it should be available at our experience centres from February onwards.

What is your take on the current market situation in India?
In mid- to long-term, we are confident, as the number of high net-worth individuals in the country is rising exponentially, despite the fact that the growth figures of the luxury car segment in the country do not reflect this change. Also, the young population of the country involved in the start-up ecosystem, and their earning potential also looks promising. So, these two factors, in mid- to long-term, are expected to drive growth.

Is there a specific target in mind for Lexus in India?
Our major focus has been on doing the right things – purely from our guests, human development, and society’s perspective. We always kept our focus on bringing about an amazing ownership experience. To be honest, we’ve not put a number to it, nor are we chasing a particular figure.

The biggest problem most luxury car buyers in India face is the lack of transparent aftersales. How do you communicate that more effectively?
Without proof points, it becomes very difficult to communicate this to our guests. Therefore, this was a challenge for us in the initial few months when we started operations in India. But three years have passed now, and it is purely through the voice of our guests that we have been able to establish the trust. I’ll demonstrate this with a few examples. One of our customers took delivery of his new Lexus vehicle in Bengaluru and, within some time, brought the car back to the experience centre as someone had scraped his car in heavy traffic. So, we kept the car with us overnight, dropped him home in one of our demo vehicles, and called him back the very next day. The customer was completely amazed to see the car, as the damage was gone. His immediate question to us was, ‘How much will the repair cost me?’ And we told him that he won’t have to pay a rupee for it. As we believe in being transparent with all our customers, we told him that the damage only needed a bit of rubbing and buffing and not a repaint. This is the level of commitment we have towards our customers.

What we have noticed in the past about some other brands that have had similar price corrections is that those customers who have purchased the car at a higher price somehow feel short-changed. Is there a way to address this problem?
Yes. We are, in fact, touching base with every customer. Though it is not easy, a clear explanation is nonetheless given to customers, and we are confident that they understand our perspective.

After price reduction, there isn’t much price difference between the ES and the Toyota Camry hybrid. Is there a possibility of some cannibalisation between the two?
As a brand, we’d like to keep a separate identity for both Lexus and Toyota. For us, as an organisation, as a group, we would love to see a customer present in this entire portfolio. Our hypothesis is that most of our customers in India after owning our Toyota cars move on to owning one of our competitors’ vehicles. So, with Lexus in the picture now, the brand has given our Toyota customers a very good alternative.

After additional investment, Mercedes-Benz has launched the new, extended-wheelbase E-Class. Likewise, have customers in India made any specific demands for their Lexus vehicles?
Well, nothing so specific yet. However, owing to the challenging Indian road conditions, we have asked our local manufacturer to facilitate the necessary adjustments to the car’s suspension.

Also read - Interview with Jürgen Stackmann, Member of the Board of Management, Volkswagen Passenger Cars