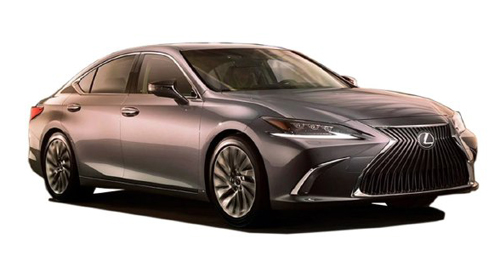 First unveiled at the Beijing Motor Show in 2018, the Lexus ES is now in its seventh-generation globally. For those unaware, the first-generation ES dates as far back as 1989, when it was launched in the early days of the brand alongside the more-expensive LS sedan. In India, however, the ES made its entry in its sixth-generation guise in 2017.

It was the latter half of 2018 when Lexus launched the seventh-generation ES – the one you see above – in the Indian market. With the update, not only the Lexus ES prices were increased, but it had also grown in size and edginess. Moreover, it is now based on the TNGA platform and takes its styling cues from the bigger LS sedan.

The Lexus ES new model looks absolutely stunning and striking. The main highlight at the front is the now massively-sized spindle grille, that completely dominates the front-end. It is flanked by a set of sharp and angular sweptback LED projector headlamps, which also feature an LED DRL on the chin. The increased length is evident in profile and so are deep shoulder lines that flow across the length of the ES. The rear, too, is quite well executed with a pair of LED-powered taillamps and a massive bumper.

The Lexus ES variants, namely, are 300h Exquisite and 300h Luxury. On the exterior front, you get LED headlamps with DRLs, auto-leveling and cleaning function, LED blinkers, LED taillamps, and 20-inch alloy wheels.

The Lexus ES on-road price, on the interior front, gets you a sunroof, steering-mounted controls for audio and cruise control, ventilated seats with cooling and heating function, reclining rear seats, a 1800W Mark Levinson sound system, three-zone climate control, wireless phone charging, a head-up display, 10 airbags, ESP and Traction Control. The 12.3-inch infotainment screen is slick and offers detailed graphics, although it misses out on both Apple Carplay and Android Auto.

Open the door, and the first thing you’ll notice is how the steering wheel and driver seat adjust automatically to make room for easier ingress. Speaking about the steering wheel, it is electrically-adjustable, wrapped in high-quality leather and features multiple controls. The instrument cluster houses a digital speedometer and a circular tachometer pod, which displays charge/power gauge in Eco mode. Everything you touch feels special and something that belongs to a car that sits in a segment above the ES.

The ES is powered by a 2.5-litre in-line four-cylinder petrol-hybrid engine, which is good for 215bhp and 221Nm of torque. It comes mated to a CVT automatic transmission as a standard fit. In line with the car’s character, the engine behaves well on mild-throttle inputs offering a pleasant and soothing driving experience.

The Japanese manufacturer has updated its ES sedan with a few exterior changes as well as interior. Lexus will launch the new ES sedan in India sometime in the distant future via the local-assembly....

Lexus has teased the ES sedan and the update is likely to include a facelift and a longer feature list. The ES 300h has been the most successful product for Lexus India in terms of sales and the.... 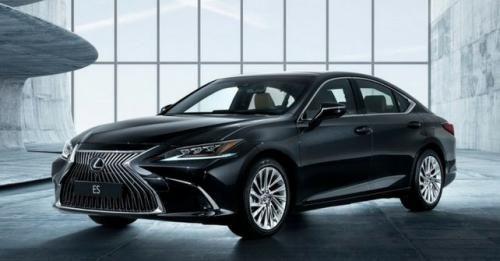 Last week, Lexus partially showed the seventh-generation ES saloon in a teaser image. Now, the car has been revealed in all its glory at the ongoing Beijing Motor Show 2018. The all-new ES grows in.... 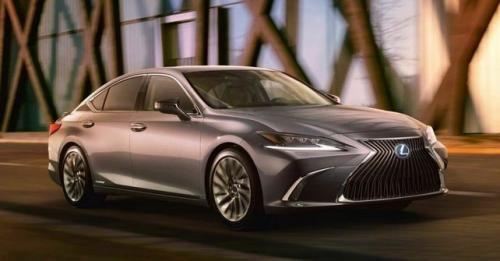 In an official teaser, Lexus has revealed the front three quarter design of its upcoming seventh-generation ES saloon. The car is set to debut on April 25 at the 2018 Beijing Motor....

What is the current on-road price of Lexus ES?

What is the price of the top variant of Lexus ES?

Which year did Lexus introduce the ES in India?

What are the top competitors of Lexus ES?

The Lexus ES goes up against the BMW 5 Series and Mercedes-Benz GLC in the Indian market.

Lexus ES Price in Nearby Cities