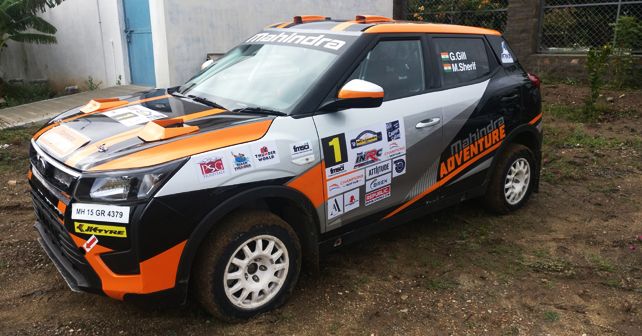 As Gaurav Gill gets bail from a Jodhpur court in the ongoing INRC Rally Jodhpur accident case, the INRC runs into yet another hurdle with the next round facing indefinite postponement.

In a recent statement released by Gaurav Gill's spokesperson, it's been revealed that Gill has been successfully granted bail from a Jodhpur court in the ongoing INRC Rally Jodhpur accident case. For those not aware, Gaurav Gill & co-driver Musa Sherif had been booked for culpable homicide not amounting to murder, under Section 304 of the Indian Penal Code (IPC), after a tragic accident took place during Rally Jodhpur last month, that led to the death of three people (village locals) after a head-on collision with the XUV300 of Gill & Sherif. The locals had allegedly wandered off into a live rally stage, onboard a motorcycle, despite the stage being cordoned off.

The statement confirms that Gill appeared before the Court of the Additional Chief Judicial Magistrate – Siwana, Jodhpur  – on 19th October 2019. After taking into consideration all the facts of the case, the court granted him bail pending trial. The statement also clarifies that Gill was not required to make an in-person appearance during the investigation until October 9, 2019. This puts to rest the alleged rumours that Gill 'had gone in hiding' post the incident. The reason behind Gill getting bail also stems from the fact that Gill & Sherif had actually been booked under Section 304A of the IPC (Causing death by negligence), that carries a relatively lighter penalty. This was clarified in the subsequent days of the investigation.

Both Gill & Mahindra Adventure (the team for which Gill drives in the INRC) had agreed upon withdrawing their participation from the remaining rounds of this year's INRC. But more recently, both were back on track & were slated to participate in the upcoming Popular Rally, that was scheduled to take place in Kochi from 1st-3rd November. However, in a recent development, it has come to light that the Popular Rally has been postponed indefinitely after a PIL has been filed in the Kochi High Court, seeking a ban on the entire event.

G B Girijashankar Joshy, the COC (Clerk of the Course) for the Popular Rally, has said that since there is no confirmed timeline for a legal matter to resolve, the organisers have no other choice than to postpone the event till further directives.