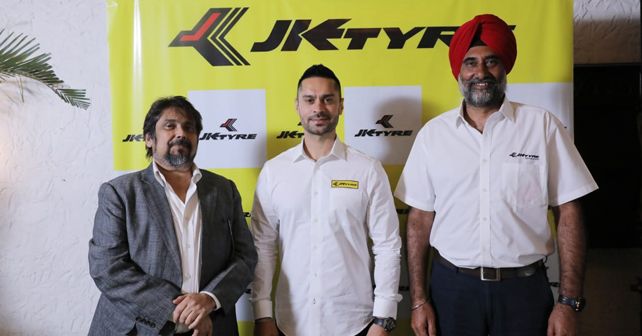 Gaurav Gill makes a return to JK Tyre Motorsport to lead their fresh charge in the world of rallying.

Six-time INRC winner & three-time Asia-Pacific Rally champion Gaurav Gill is set to join JK Tyre Motorsport's Rally wing, which marks a full circle in his racing career as he began his karting career nearly two decades ago with JK Tyre Motorsport. After competing with MRF Racing for nearly 12 years since his departure from team JK, he is now back to lead JK's efforts in national & international rallying events with a new & under-development JK Tyre Rallying team.

Sharing his thoughts on Gill's return, Sanjay Sharma, Head of Motorsport at JK Tyre said, 'We are delighted to have one of the world's finest rallying talent with us. He will not only strengthen our immediate rallying thrust but more excitingly will work with us to develop the next generation of drivers. Gaurav's experience and expertise will also come in handy for the brand in testing and developing even more robust tyres,' he added.

While JK Tyre Motorsport is working on developing its new rally team and FIA-spec R2 cars in associations with numerous industry experts, Gill himself will continue to chase his goal of increasing his presence in the WRC2 by contesting in at least three rounds this year, while having his eyes set at the European Rally Championship as well.

Ecstatic about his return to JK Tyre Motorsport, Gaurav Gill commented, 'I am thrilled to be back with JK Tyre under whose guidance and inspiration I learnt everything about this beautiful sport. The sport has given me everything that I have today. I want to give something back to it, even as I chase my other goals in motorsport. JK is the perfect platform for both. Their programme has been designed to help new talent be on par with international counterparts, honing their skills in the most conducive environment and ambience.'

This time though, both JK and Gill have another mission to achieve: To scout for young talent, identify the ones with good potential and train them for the world of rallying and other motorsport events. The Gaurav Gill Rallying Academy, now powered by JK Tyre, will soon become a hub for all off-roading activities and will be aimed at developing a new breed of drivers. JK Tyre is also gunning to launch a new young driver training program which will provide training opportunities in 600cc go-karts.

Gill, under contractual obligation, will continue to drive for team Mahindra Adventure in the 2019 Champions Yacht Club INRC season, which is set to begin on 28th June 2019 in Chennai. However, Gill will be seen wearing JK Tyre's colours and this time around, the Mahindra Adventure drivers will be competing in the Super XUV300, which replaces the erstwhile Super XUV500. Gill's Super XUV300, however, will be shod with rally tyres supplied by JK.