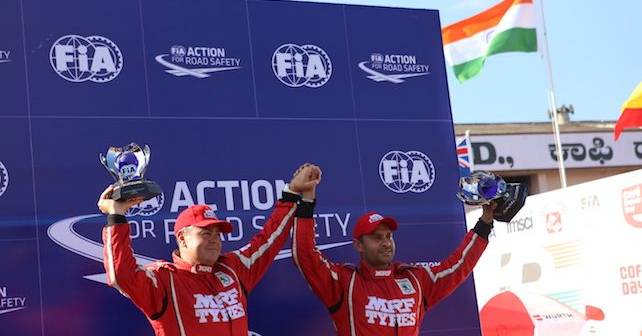 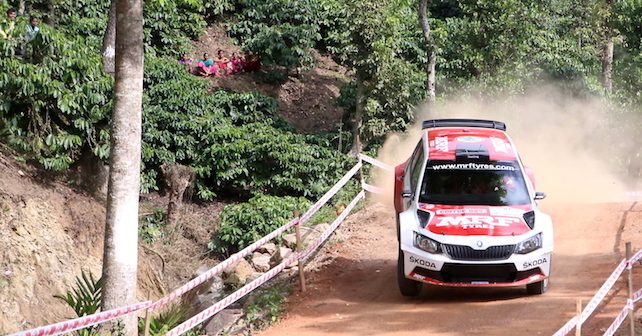 Gill won the first APRC event to be held in India since 2004 and won six out of the season\'s six rallies. (PHOTO: Vinayak Pande) 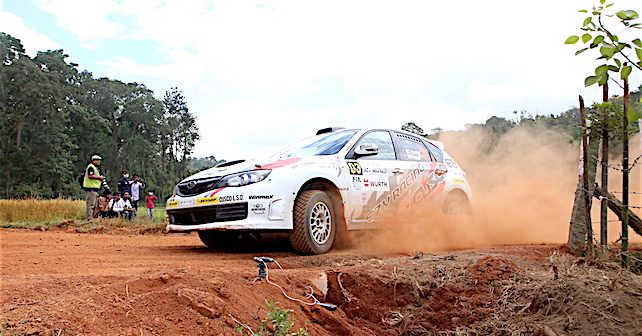 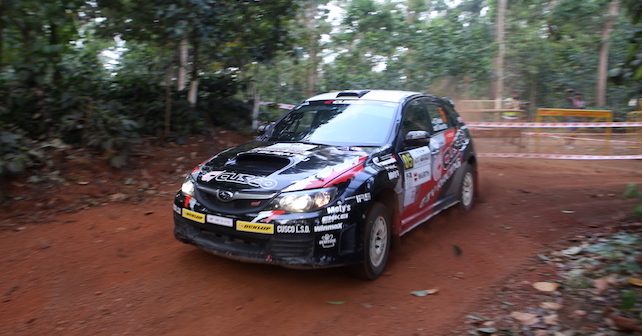 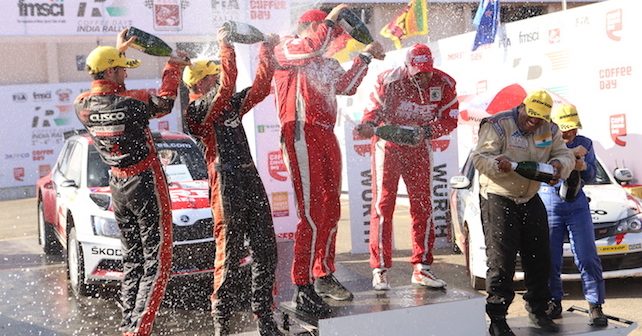 The podium winners at the end of a very tough India Rally. (PHOTO: Vinayak Pande) 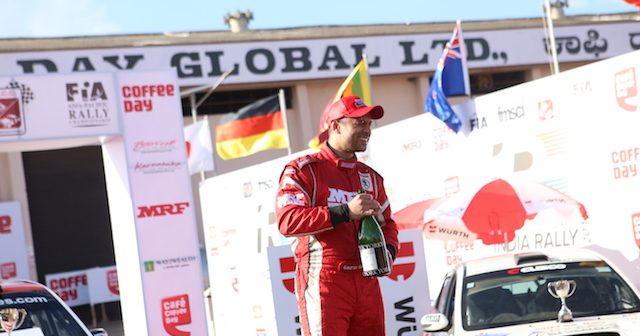 Gill plans to continue his quest to compete in European rally events and hopefully get some testing miles next year. (PHOTO: Vinayak Pande)

Winning a second FIA Asia Pacific Rally Championship drivers' title, winning all six rallies of the season and wrapping up the sweep on home soil by winning the Coffee Day India Rally at Chikmagalur. And his 35th birthday just three days ago to boot. Gaurav Gill had a very satisfying season and ended it with aplomb here today by taking the overall win in the APRC event by almost 12 minutes over Mike Young.

Gill's Team MRF Skoda teammate Fabian Kreim's challenge ended yesterday after he braked too late and slid into a rock, breaking the rear suspension on his R5-spec Fabia. The reigning German national champion was allowed to start the second leg and compete for leg points today as Gill drove within himself as well as carried out some research and development for MRF Tyres by trying out a new compound of tyres.

Kreim was ultimately classified fifth with Phalguna V Urs also competing for leg points today in the R2-spec of the Volkswagen Polo that has been developed by VW Motorsport India.

"This is the most important rally for me," said Gill after the event while speaking to reporters. "Winning all six events of the season should be good for the sport and hopefully as the news spread it will wake up some more sponsors and get attention from some more manufacturers.

"This was such a difficult rally with tight stages and these cars (Skoda Fabia R5) are so fast that even the slightest mistake gets punished. Like what happened with my teammate who braked just a fraction late coming over a crest and went wide and broke his wheel against a rock.

"This was the slowest rally of the year but also the toughest and the most technical of the year."

Cusco Racing's Sanjay Takale completed the APRC podium, benefitting from the mistakes of Kreim as well as the Cusco Racing Subaru WRX STi of Yuyo Sumiyama; who also competed today in an attempt to score leg points. 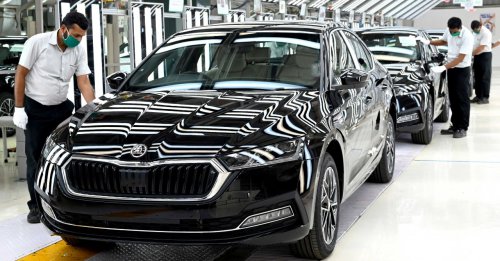 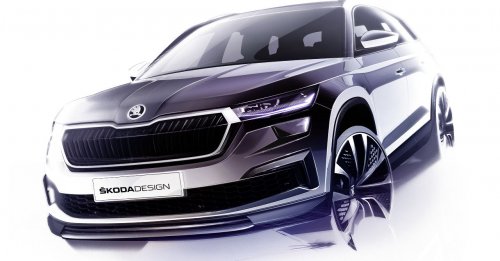 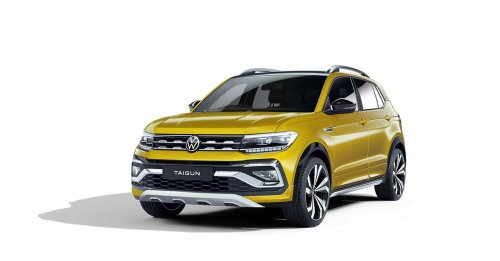