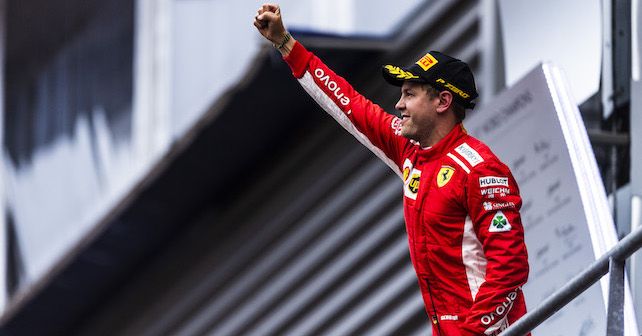 Sebastian Vettel will leave Ferrari after 2020, as the contract renewal negotiations with the team have reportedly fallen through.

Update: Ferrari has officially confirmed that Vettel will no longer be a part of the team from 2021.

Sebastian Vettel and Ferrari will part ways after the end of 2020 season – which is yet to begin. According to a report by the German media house, Bild Sport, Vettel and Ferrari couldn’t reach an agreement to renew the four-time world champion’s contract beyond 2020. As a result, Vettel will exit the Red Camp in 2021.

Vettel joined Ferrari in 2015 after leaving Red Bull, where he won four world titles between 2010 and 2013. At Ferrari, Vettel hoped of achieving his dream world title with what is F1’s most successful and, arguably, most popular team. The German came really close to clinching driver’s championship on two occasions – 2017 and 2018 – but couldn’t really beat the impeccable combination of Lewis Hamilton and Mercedes-AMG. During his five years at Ferrari so far, Vettel has bagged 54 podium finishes, which include 14 race wins.

Vettel’s decision to part ways with Ferrari could be down to the team’s new priorities. Ferrari has already renewed the contract of its young gun, Charles Leclerc, until 2024, and that shows that the team is now banking heavily on him to deliver a driver’s world title – which has been a distant dream since Kimi Raikkonen’s world title in 2007 – instead of relying on the expertise of the 32-year old four-time champ. Not to mention, in his debut year at Ferrari in 2019, Leclerc overshadowed Vettel with 2 race wins against one and 7 pole positions vs 2. Leclerc also finished ahead of his teammate in the overall driver’s standings. Additionally, it has also been reported that Ferrari was offering Vettel a short-term deal at a reduced salary, while the German was looking for a longer or a three-year contract. As a result, the renewal deal fell apart.

As to who will replace Vettel at Ferrari, the current rumours suggest Renault’s Daniel Ricciardo and McLaren’s Carlos Sainz Jr. to be the leading two candidates to fill the seat. At the same time, some reports also suggest that Vettel may join McLaren or Renault in what can be a straight driver’s swap with either team.