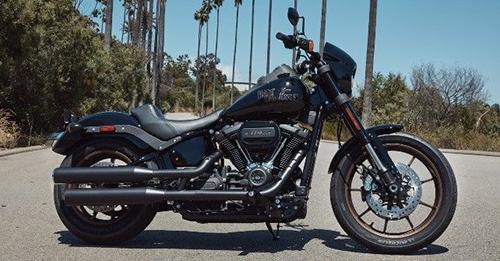 The Harley-Davidson Low Rider S Mileage is 15 kilometers per litre.

The Low Rider S is the newest and yet another addition to the Softail family by Harley-Davidson. Paying homage to the legacy Low Rider models from the 1980s, the Low Rider S, going by the way it looks, takes its inspiration from a West Coast custom scene.

Moreover, the ‘S’ in the name stands for Special, which means the bike uses premium hardware components (more on that in the Handling section below), a higher-capacity engine – in comparison to the standard Low Rider, that is – and a blacked-out theme in place of all the chrome touches.

The Low Rider S doesn’t offset itself much from other motorcycles in the Harley-Davidson line-up. It still has all the cues that make it a cushy cruiser but with a touch of badass. As for its dimensions, the Low Rider S measures 2,355mm in length, and 1,615mm in wheelbase. Moreover, it has a ground clearance of 120mm and it weighs 295kg.

Over the standard Low Rider, the S gets a bigger and higher-capacity 114 Milwaukee-Eight V-twin engine. Therefore, it translates to a 1,868cc engine with V-twin layout, good for 92bhp and 155Nm of torque. It is, of course, compliant with the stringent BS-VI emission standards. As for the Harley-Davidson Low Rider S mileage, expect it to deliver somewhere near the 20km/l mark.

As for the hardware that contributes to the handling, the Harley-Davidson Low Rider S new model gets a single coil-over shock at the back and beefy 43mm inverted forks at the front for suspension duties. It has more in common with the Fat Bob’s frame rather than the Low Rider’s frame. As for the tyres, the 19-inch wheel at the front is shod with a 110/90-19 tyre and the 16-inch wheel at the rear is shod with a 180/70-16 tyre. For braking duties, it boasts a twin-disc braking setup (300mm) at the front and a single disc brake at the rear.

There isn’t much to discuss on the features front. Unlike other cruisers in the segment, the Low Rider S misses out on a fancy touchscreen/fully-digital instrument cluster. What you do get instead are two analogue dials for instrumentation, that are mounted on the fuel tank. The headlamp and taillamp are both LEDs. Moreover, it also gets dual-channel ABS as part of the safety kit.

The Harley-Davidson Low Rider S is now available in India at Rs. 14.69 lakh. Built around the chassis of a Softail and aimed more towards performance touring and customization, this is the debut of....

Harley-Davidson’s Low Rider S differentiates itself from the standard model with a blacked-out theme that replaces a lot of the chrome from the bodywork and mechanicals, barring the parts of the....

Harley-Davidson Low Rider S Price in Near By Cities