Tesla, Inc. is an America-based automotive manufacturer and energy company that is primarily known for manufacturing tech-laden electric vehicles. Tesla, Inc, as of early-2020, sells Model 3, Model X, and Model S cars. It is set to enter the Indian market with the Model 3, which is also its entry-level model in the United States.

A Paro Alto, California based American automotive and energy firm Tesla was founded in 2003 under Martin Eberhard and Marc Tarpenning. A tribute to Nikola Tesla, the company was formally christened as Tesla Motors. As a result, the company aims to push electric mobility since all Tesla cars are electric-powered.

After the Series A funding, the company witnessed the joining of Elon Musk (chief executive officer, as of 2019), J. B. Straubel, and Ian Wright. Since 2003, the company has manufactured a number of fast charging points and factories in the United States. In fact, Tesla is the only new car independent company that encouraged others to join the EV race.

As of 2019, it’s indefinite when we’ll see Tesla cars hit the Indian market. Their international range comprises the Model S, Model X, and Model 3. The Roadster and Model Y is expected to join the fray in the near future. As of now, the first Tesla speculated to set foot in the Indian soil is Model 3. The prices are yet to be uncovered, but we’ll be the first to deliver Tesla car price list in the country as soon as they announce their prices.

Tesla is currently working on a 3-motor Plaid powertrain that will make the Model S even quicker than the current 'Ludicrous' mode. With the new powertrain on-board, the Tesla Model S will try to.... 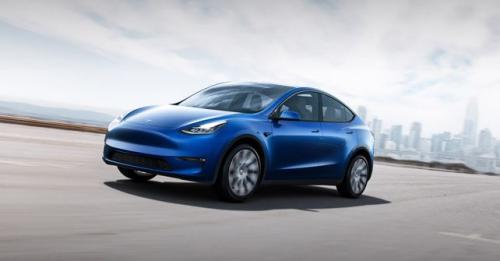 Elon Musk has lifted the veil off Tesla's next offering - the Model Y, which is best described as a car for 'maximum versatility,' combining the dimensions of a crossover with the performance of a....

The Chinese regulators have announced that 14,123 imported units of the Tesla Model S will be recalled by the manufacturer. The recall is in relation to the faulty designs of the airbags manufactured....