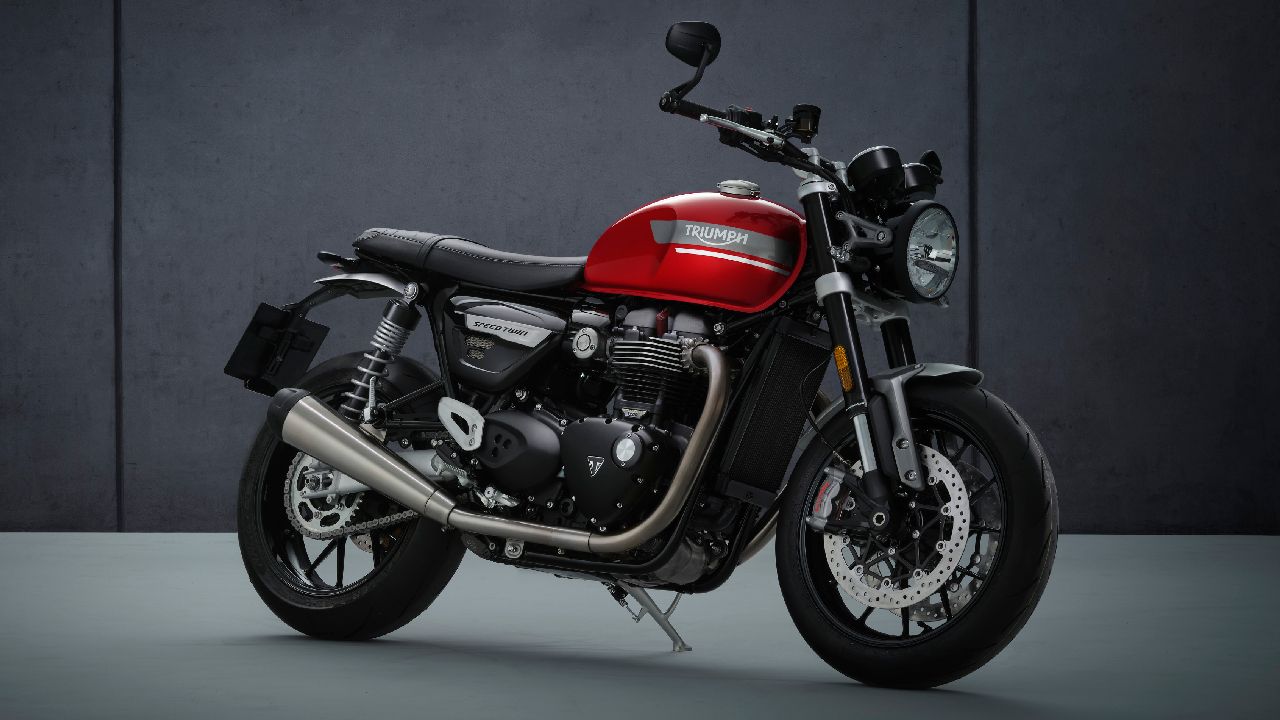 India-Bound Triumph Speed Twin has been revealed and the new modern classic now sports mechanical updates to improve its handling and performance. The styling is largely the same but Triumph has paid some attention to detail

Triumph motorcycles have finally taken the wraps off its premium modern classic motorcycle, the Speed Twin. For the 2021 model year (MY21), Triumph has updated the modern classic with numerous mechanical changes and a few styling tweaks. The first thing to notice is that the MY21 Triumph Speed Twin gets a Euro 5 compliant engine. That also makes the Speed Twin comply with the BS6 emission norms set by the Indian government. The Triumph Speed Twin could be launched in India by the festive season in the market space shared by the Ducati 1100 Dark Pro and the BMW R nineT. 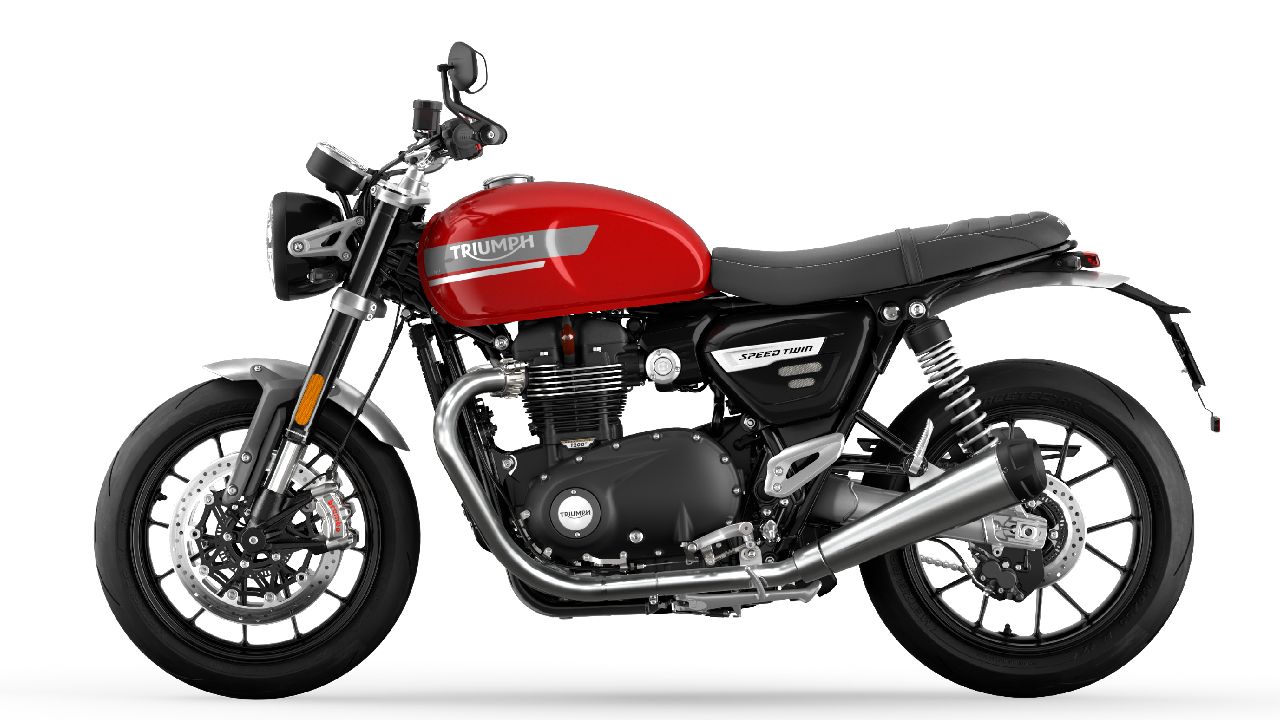 Speaking of the model that has been revealed, let’s start with the cosmetic updates as that’s a shorter list. The MY21 Speed Twin continues with its modern classic styling as its predecessor while the details sport subtle changes. The headlamp mounts are anodised and so are mudguards on either end. The motorcycle gets a few graphics on the tank and model branding on the side panels. Triumph offers three colour schemes – Red Hopper, Matt Storm Grey with subtle yellow accents, and Jet Black. 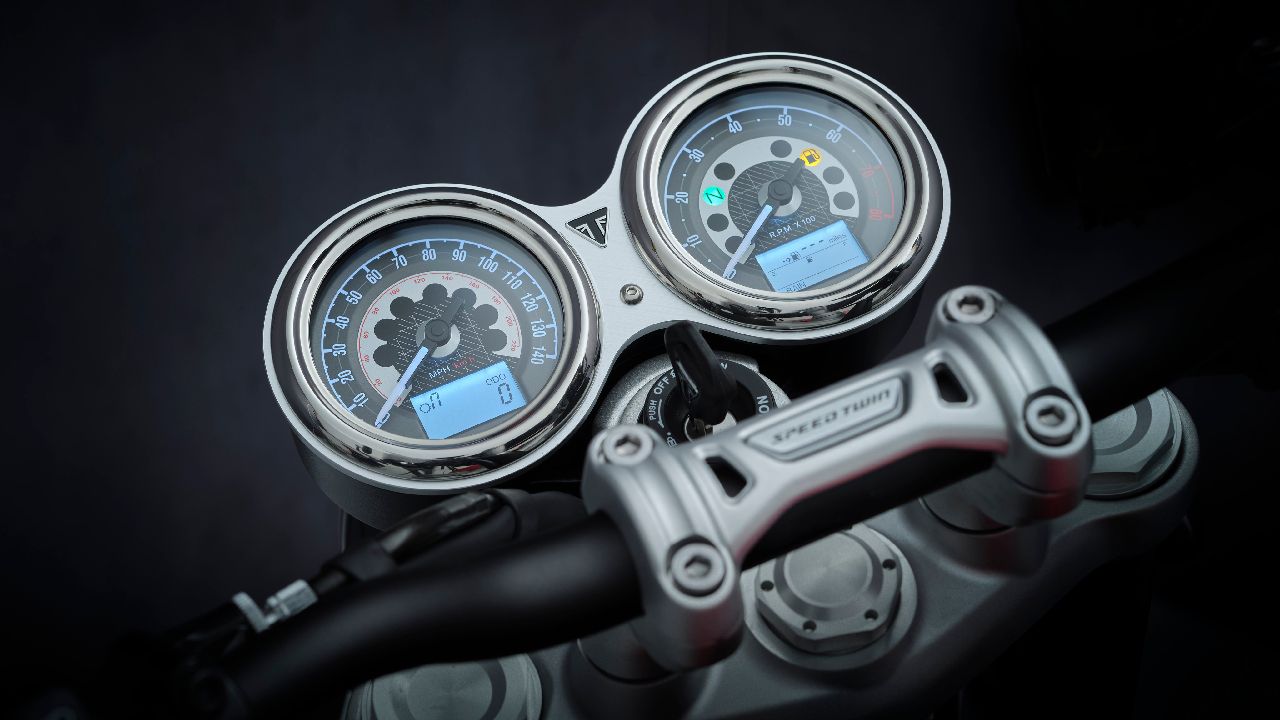 The instrument cluster continues with a twin-pod design with a part-digital and a part-analog setup. Triumph also offers over 50 accessories with the motorcycle for an extra cost. The accessories include heated grips, sump guard, engine protectors, luggage mounting equipment, and many more. 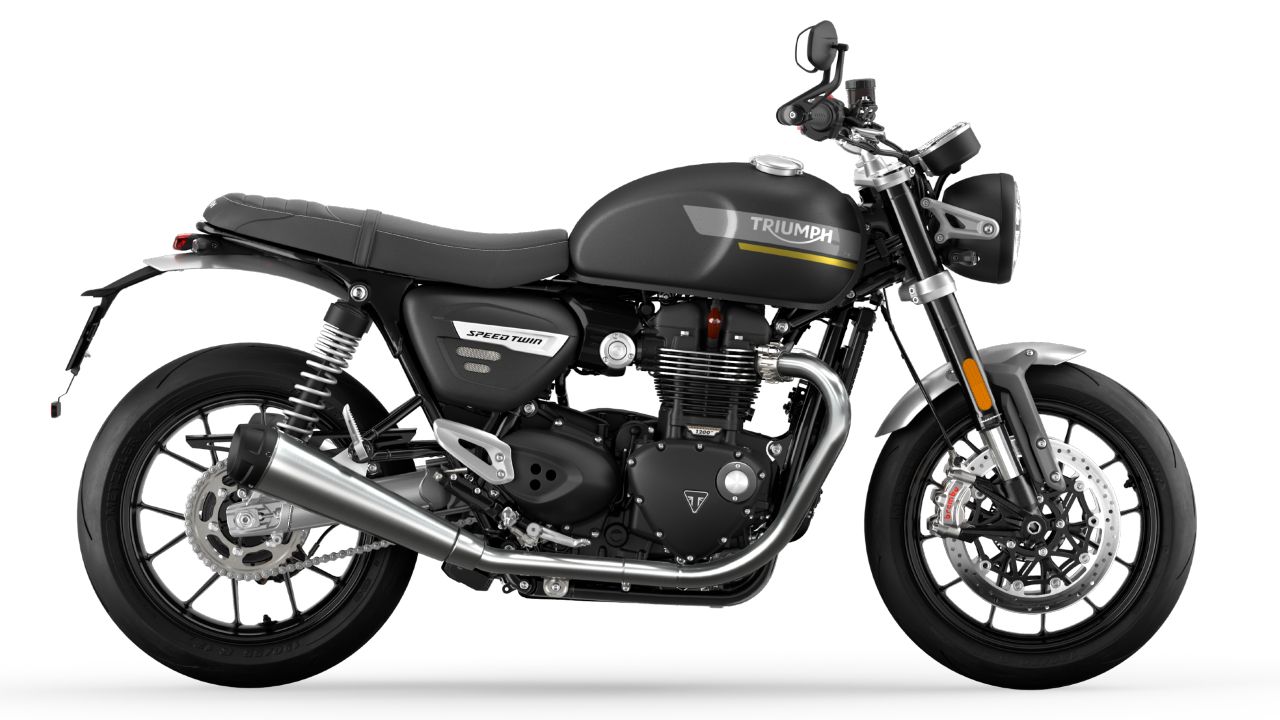 Moving to the mechanical bits that have seen a substantial change. The motorcycle continues with its 1200cc parallel-twin liquid-cooled engine. The internals have undergone a few changes and the engine gets 17 per cent reduced inertia – courtesy, a lighter crankshaft, and a redesigned alternator. Tweaks to the engine have helped MY21 Speed Twin gain 3bhp over the predecessor. The peak torque of 112Nm comes in at 4,250rpm – 500rpm earlier than before – and the peak power of 98.6bhp is attained at 7,250rpm, which is 500rpm later in the rev-band when compared to the previous model. 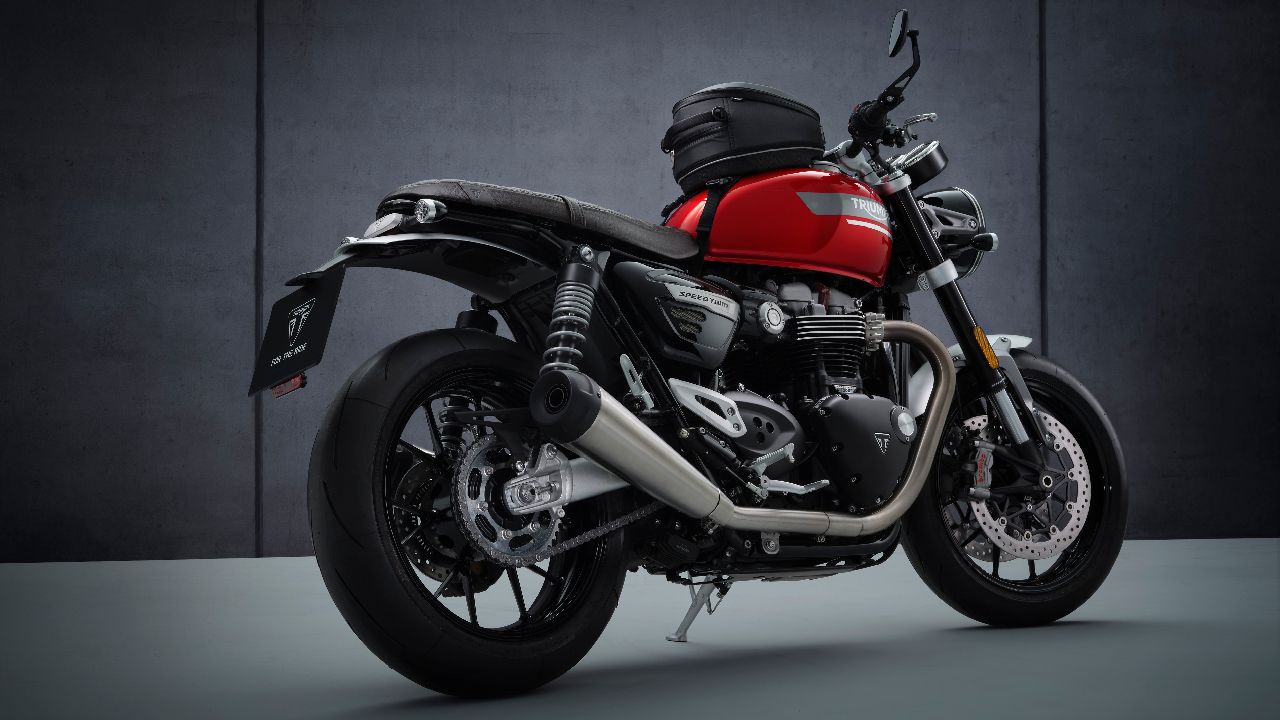 With a wider powerband on offer, the new Triumph Speed Twin could be a very tractable motorcycle to ride within city limits and on the highways as well, however, we shall save our judgment for the time when we shall have our hands on it. The engine is mated to a six-speed gearbox and when launched in India, Triumph India could offer a quick shifter as an optional accessory. 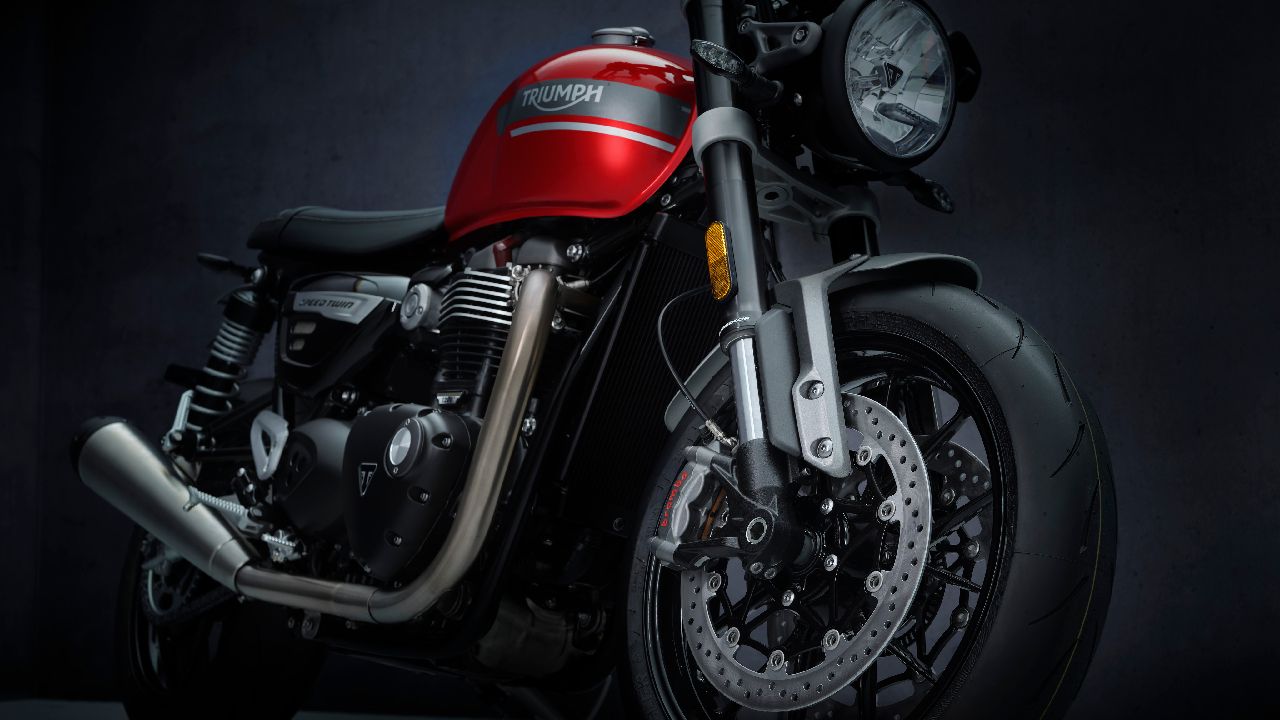 The engine is housed in the same twin-down pipe cradle chassis, but Triumph has worked up the cycle parts to improve the handling characteristics of the motorcycle. For suspension duties up front, the Speed Twin gets 43mm Upside Down Marzocchi forks with 120mm travel. At the rear, you notice twin shock absorbers that offer preload adjustability – with 120mm travel. The braking department sees uprated equipment as the front end, gets radially Brembo M50 monobloc callipers with twin 320mm disc upfront along with a Nissin calliper with a 220mm disc in the rear. The rotors are mounted on newly designed 17-inch 12-spoke lightweight cast alloy wheels. 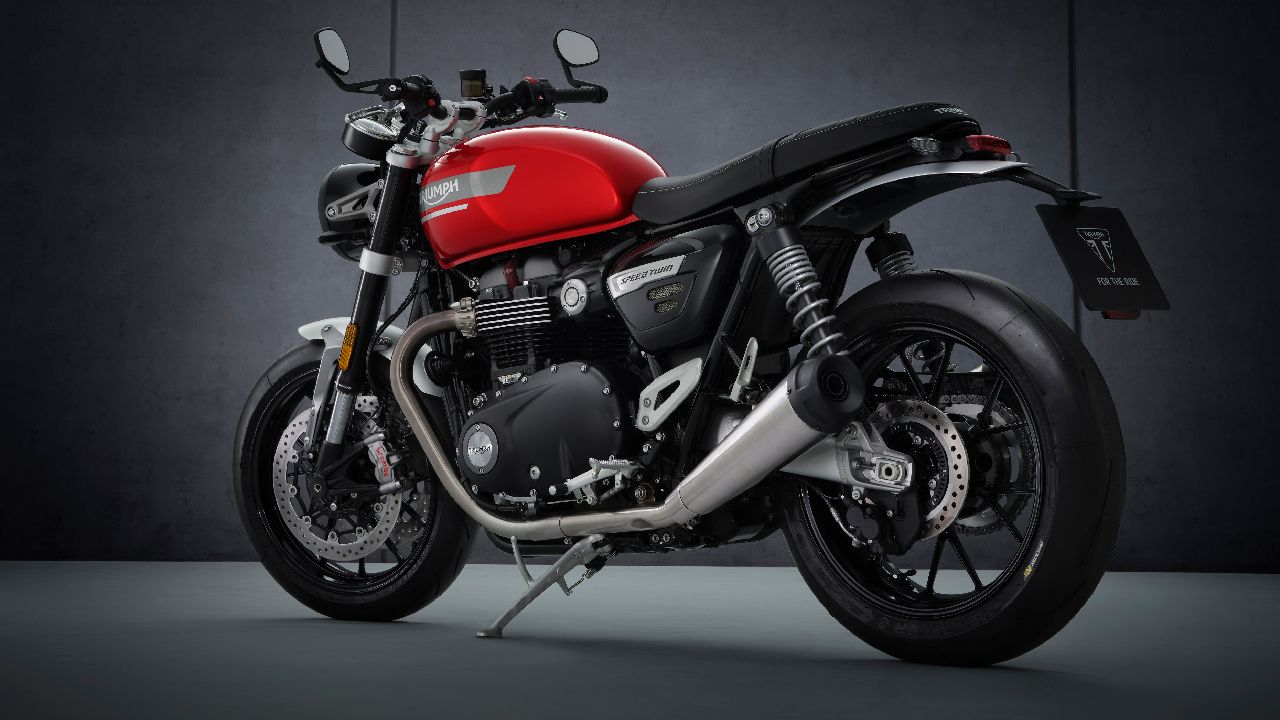 The motorcycle tips the scale at 216kg kerb and has a seat height of 809mm that could be troublesome for shorter riders. The tank can hold up to 14.5 litres of fuel and coupled that with a claimed fuel efficiency of almost 19.5km/l, the motorcycle should return a range of shy under 300km. However, we shall find out the true figures when the 2021 Triumph Speed Twin lands in India sometime this year.