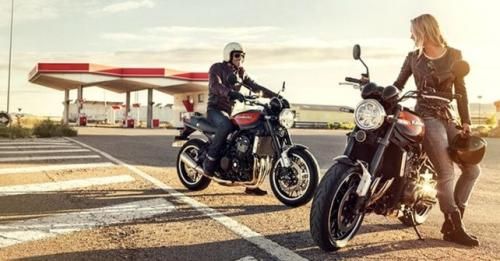 After its conspicuous absence at the 2018 Auto Expo, the retro-modern Kawasaki Z900RS has finally been launched in India.

The Z900RS pays homage to the Kawasaki Z1 from 1970s, which will surely please. Among many Z1-inspired design elements incorporated on the RS are the tail cowl and analogue speedometer & tachometer. The RS looks absolutely nothing the standard Z900 it is based on. However, the changes to the former aren’t just aesthetic, but also skin deep.

To begin with, the trellis frame has been completely redesigned to go with the new retro design on the RS. Compared to the standard Z900, the handlebars are 30mm wider, 65mm higher, and 35mm closer to the rider - all in favour of a more upright riding posture. Furthermore, the footpegs are lower and farther placed. Also, there are areas where the RS is better spec’d than its modern cousin - it gets traction control and radial mounted four-piston monobloc front brake calipers as standard. 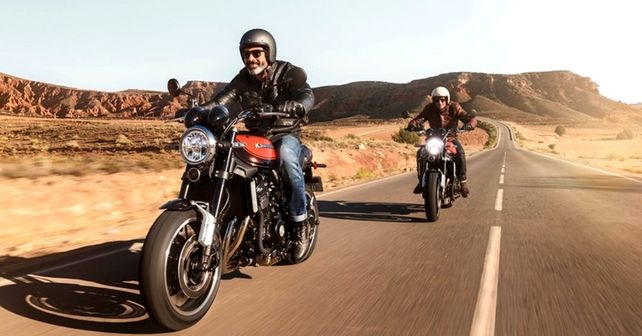 The 948cc inline-four motor has also been tweaked for superior low and mid range torque. However, the overall power and torque figures, at 110bhp and 72.5Nm respectively, are lower on this retro bike. The gear ratios have also been changed to better match the RS’ state of tune. Therefore, as compared to the Z900, the first gear is shorter and the sixth is taller.

On the Z900RS’ launch, Managing Director of India Kawasaki Motors, Yutaka Yamashita said, “We decided to launch Z900RS, as there is eagerness and excitement among our smattering Indian customers for this high range premium product. We hope that Z900RS will create a league of its own.”

Since it is imported as a CBU from Japan, the Z900RS is priced at Rs 15.30 lakh (ex-showroom) in India. For comparison, the standard Z900 starts at Rs 7.68 lakh. In fact, the more powerful Z1000 retails at Rs. 15.60 lakh, thus reassuring that the RS will only appeal to retro-modern motorcycle enthusiasts.