Over 700 Triumph Street Triples have been sold in India 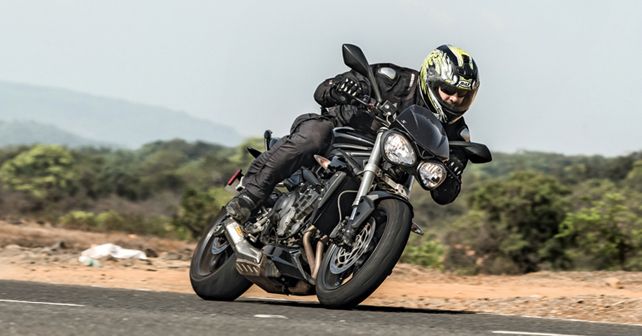 This makes the Street Triple series the third best-selling brand for Triumph after the Bonneville and Tiger series.

In an official statement, British bike maker Triumph has revealed that it has sold 701 units of the Street Triple in India since its launch. The Street Triple retails between ₹9.32 lakh - 11.13 lakh in India (ex-showroom, Delhi).

On Street Triple’s sales milestone, Vimal Sumbly, Managing Director, Triumph Motorcycles India said, “When a new bike is introduced, it is on the basis our assessment of what the market wants, but one never knows what the reaction to a new bike will be. We are extremely pleased with the response to the Street Triple so far and hope to see more and more people enjoy this amazing machine, as much as we have enjoyed developing it”.