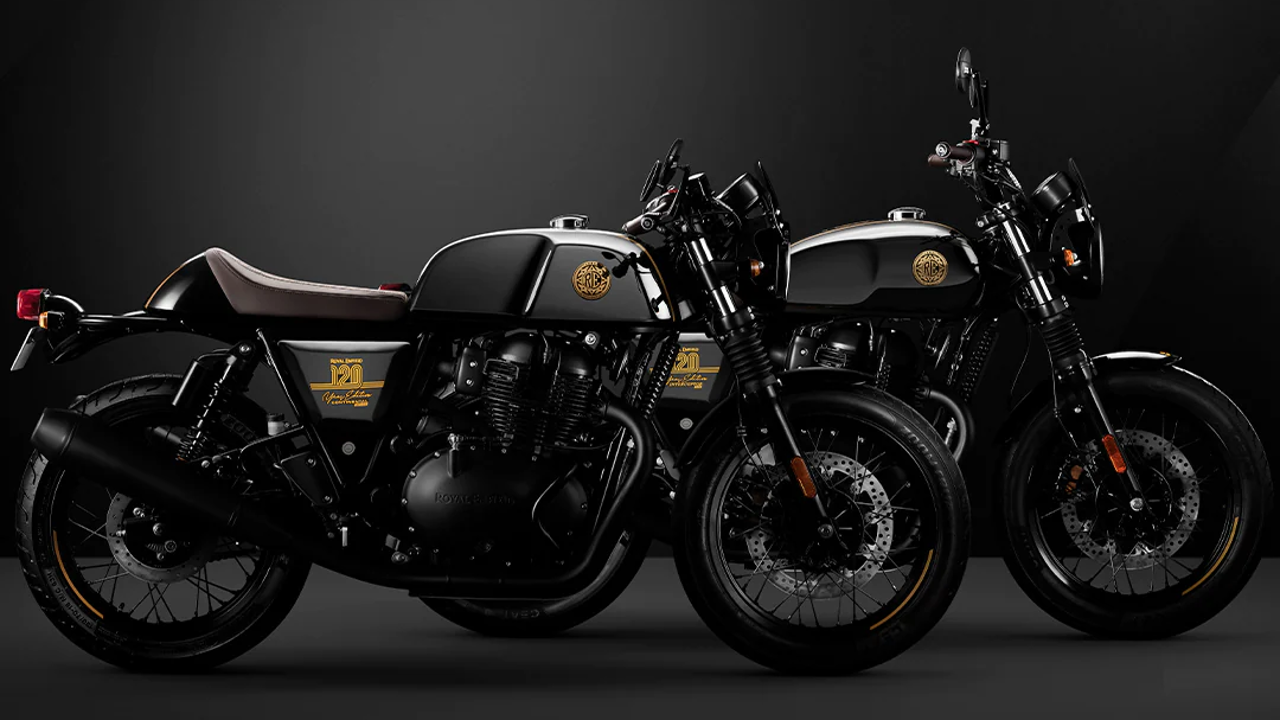 Back in December, all the models allotted for India were sold in just a few minutes.

Royal Enfield is all set to launch the limited-edition Interceptor 650 and the Continental GT 650 in the American market. The Chennai-based bikemaker has confirmed the news via its official US website. Only 480 units of the duo will be produced – 120 units each for India, Europe, America, and South East Asia. The allotted 120 units per region comprise 60 Continental GT 650s and 60 Interceptor 650.

The company has confirmed that it will hold a first-come-first-serve flash sale for the bikes. For the unaware, the 120th Anniversary edition comes with a special Black Chrome finish, which was developed by the company in the 1950s. Apart from that, the motorcycles come with completely blacked-out engine covers and exhaust canisters.

Furthermore, the company has also graced the 120th Anniversary models with fly screens, engine guards, heel guards, and bar-end mirrors, which otherwise come as optional accessories. Also, the models come with a handmade brass badge on the tank and a unique serial number.

In terms of mechanicals, the motorcycle continues to be powered by the 649cc parallel-twin engine, which outputs 47bhp and 52Nm of peak torque through a six-speed gearbox. The duo gets telescopic front forks, twin rear spring, disc brakes, and 18-inch wire-spoke wheels.