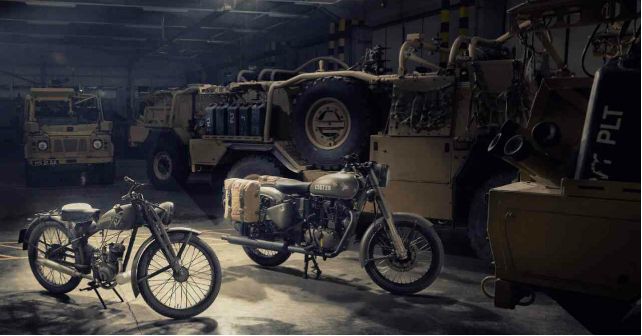 178 seconds, that’s all it took for Royal Enfield to sell of all 250 units of the Classic 500 Pegasus Edition

Royal Enfield is making the most of its legacy. The two-wheeler manufacturer launched the Classic 500 Pegasus Edition on 30th May and commenced the sale of the motorcycle on 25th July. Royal Enfield had a made a dedicated webpage for the sale of the Pegasus Edition. In less than three minutes of the commencement of the sale – 178 seconds to be more precisely – the motorcycle was already sold out. RE produced 1,000 units of the Classic 500 Pegasus Edition out of which 250 were allotted to India.

This limited-edition model is a homage to the RE/WD 125 motorcycles used during the World War. Each unit of this limited-edition model has a unique number on the fuel tank along with the Pegasus stickering. The canvas saddle bags on either side give the motorcycle a retro look. Other changes include brown handle bar grips, a leather strap and a brass buckle for the air-filter cover and blacked out rims and exhaust.

Mechanically, the Classic 500 Pegasus Edition is the same as the standard model. It has the same 27.2bhp, 500cc single-cylinder motor. The 41.3Nm motor is mated to a 5-speed gearbox.

This is not the first time that Royal Enfield has brought in a limited-edition variant of Classic 500. In 2015, RE brought in the Despatch Rider motorcycles in honour of the despatch riders of the World War. The company only brought in 200 units of this limited model, and it was sold out in 26 minutes.