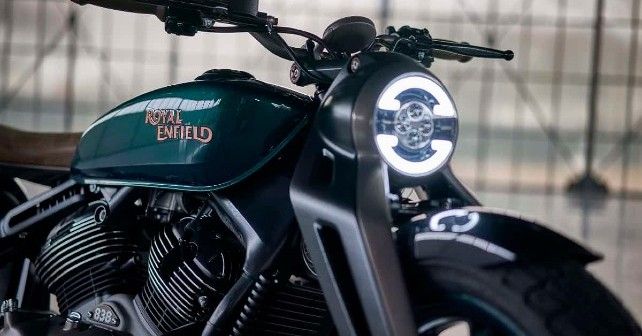 Royal Enfield was ready to launch two new products to its portfolio. However, due to the current situation, we will have to wait a little longer to see RE's planned upcoming products.

There have been a lot of rumours recently regarding Royal Enfield and its upcoming products. After the Indian bike manufacturer stopped producing their entire 500cc line-up, the buzz around town was that it was going to come up with some new exciting products.

The first and most interesting product is perhaps the new Thunderbird lineup, and we have now heard that the entire nameplate will be removed and replaced by a new one. The word is that the new 350cc and 500cc Thunderbirds might be called the Meteor now. However, this new product will not come alone. There is also a popular belief that a mysterious new model called the J1D will also be launched very soon. This new model could be anything from a 350cc classic to a 250cc Himalayan.

Whatever the case, the fact is that there has been a pretty loud buzz circulating for weeks now about these two new products that will be launched very soon. The initial launch was supposed to be in April 2020, but because of the current lockdown, and because RE factories are now shut, the launch of these new products might be delayed. This inevitably means that we will just have to wait and see what is in the pipeline. There have already been a few spy shots of what we believe to be the new Thunderbird circulating on the web, and we have also seen some spy shots of another mysterious motorcycle.

Another interesting point to keep in mind is that RE has already filed Trademark applications for these four names – Sherpa, Flying Flea, Roadster, and Hunter. While RE has not launched a completely new product since the 650 Twins, it looks like new products are sure to come in the near future. What do you guys think? What kind of motorcycle will RE launch next?