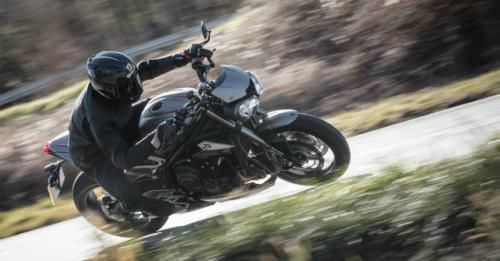 The RS is the top-spec variant of the latest generation Triumph Street Triple range.

The chief differentiator between the Street Triple S and RS is that the latter gets more power - 121bhp and 77Nm to be precise - which is 10bhp and 5Nm more than the S version, respectively. The RS version develops this additional muscle from the very same 765cc, 3-cylinder motor that propels it’s less powerful sibling.

However, additional power isn’t the only thing that the RS brings along with it - you get a host of additional equipment as well. To begin with, the RS also gains a slip-assisted clutch with quick shifts. The, S models’s old school semi-digital instrument cluster makes way for a 5-inch colour TFT screen in the RS, which features different custom layouts, and is angle adjustable as well. The display also shows additional information like average and instantaneous fuel consumption, distance to empty, riding mode selection, service information, coolant temperature, and lap timer. 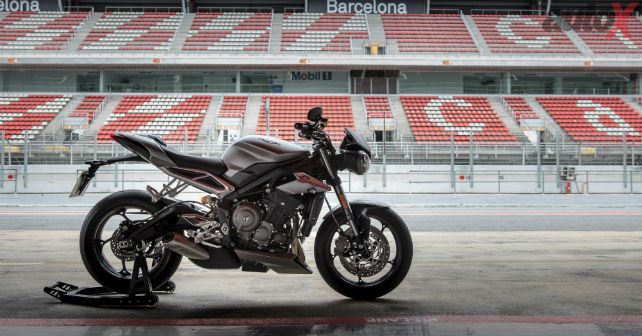 Higher spec Brembo M50 monobloc front calipers perform the braking duties on the Street Triple RS, and ABS is switchable as well. Tyre upgrades come in the form of Pirelli Diablo Supercorsa SPs - 120/70 R17 at front, and 180/55 R17 at rear.

Globally, the latest-gen Triumph Street Triple comes in three versions - S, R and RS. The British brand now has the base S and the top-spec RS versions on sale in India. There is no word on the mid-spec R version making it here for now.