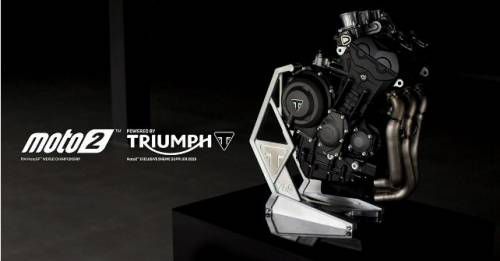 Putting endless rumours to rest, Triumph has finally confirmed that they will be the sole engine suppliers for Moto2. Currently, Honda is the official engine supplier but the switch will commence starting the 2019 season. The UK-based motorcycle manufacturer has just signed a three-year deal with MotoGP commercial rights holder, Dorna.

From 2019, Moto2 machines will make use of a race-tuned version of the Triumph Street Triple’s 765cc three-pot motor. This engine is essentially a retuned version of the Daytona 675R’s powerplant that has brought the British bike maker several victories at the Isle of Man TT and various other racing arenas.

Speaking about the association Paul Stroud, Chief Commercial Officer, Triumph Motorcycles said, “This is a significant moment for Triumph that brings an exciting new chapter to our 110-year racing history and builds on our celebrated TT and Supersport race winning triple engines. We look forward to a long and thrilling relationship with Dorna and the Moto2 eams, riders and fans.”

Triumph becoming the official engine supplier of Moto2 has been the worst kept secret in the paddock. The Moto2 bikes will make a shift from the Honda CBR600RR derived four-cylinder unit to Triumph's 765cc 3-pot motor. Honda has been the official engine supplier for Moto2 since 2010 when the Moto2 class made the shift to four-strokes. While the Japanese bike maker’s engine has performed appropriately and has been reliable, racers and experts are welcoming the change in the hope of shaking things up. Moreover, a larger engine will also help bridge the gap between Moto2 and the premiere class better. 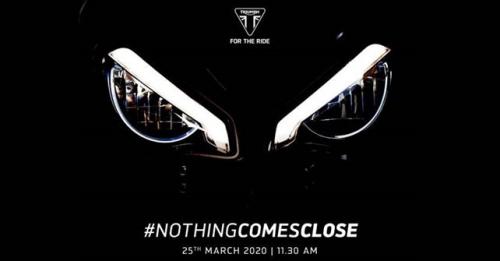