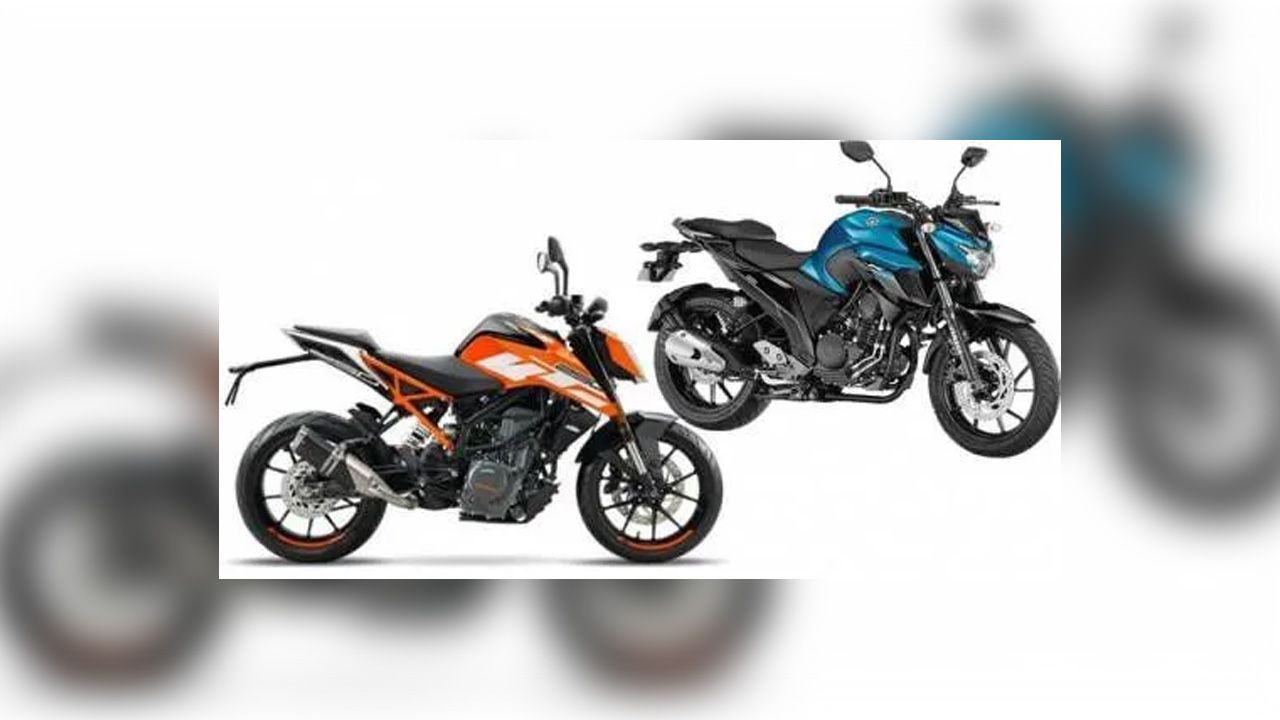 Yamaha and KTM both have two brand new 250cc motorcycles in the market now. But which one should you choose?

If you are planning to buy a new sub-300cc motorcycle, you are undoubtedly spoilt for choice at the moment. There are so many new motorcycles in this segment now that you can't choose one without giving yourself a headache. It's just so confusing, isn't it?

Now while there have been some usual additions to this segment lately, there have been two surprise entrants that have come out of nowhere. First, it was Yamaha with the Yamaha FZ25 and now more recently it was KTM, which launched the 250 Duke in the country. However, while both are 250cc street naked motorcycles, they're world apart - atleast on paper. So what's the difference between the two, let's try and find out...

Engine & Performance
When Yamaha introduced the FZ25, it said that the bike will be an ideal upgrade for the current FZ16/FZ-S owners. As a result, the FZ25 doesn't mark a significant bump in performance. In fact, one may well be left underwhelmed by Yamaha's spec-sheet. The FZ25 comes fitted with a 249cc single-cylinder air-cooled engine that churns out 20.6bhp and 20Nm of torque mated to a 5-speed gearbox. In comparison, the KTM 250 Duke has it licked on paper. The 250 Duke is powered by a liquid-cooled 248.8cc single-cylinder engine that develops an impressive 30bhp and 24Nm, and comes paired to a six-speed transmission. So, if it's performance that you're after the KTM should be your weapon of choice.

Equipment
Even here the 250 Duke beats the Yamaha FZ25. The KTM gets slipper clutch, which is absent in the Yamaha. Front and rear disc brakes are standard on both the motorcycles though. The KTM also comes with upside down front forks whereas the Yamaha has to make do with conventional forks. At the back both have a monoshock setup.

Practicality?
Traditionally, the KTM Duke range is hooligans' favourite, and since the 250 Duke is largely based on the 390 Duke it’s not going to be any different in terms of performance. So for commuters wanting an everyday tool it might be a bit of a handful to ride. The FZ25 on the other hand will be more comfortable given its relaxed ergonomics and sedate powertrain. So if you’re a boy racer take the 250 Duke and if you like it nice and easy the FZ25 should be your pick.

Price
The main difference between the two is the price – and it’s a huge one. Where the Yamaha is priced at Rs 1.19 lakh, the 250 Duke is over 50 grand more expensive at Rs 1.73 lakh (both ex-showroom Delhi). Of course, the 250 Duke comes with a lot more equipment and a more powerful engine, however, if you can live without that the Yamaha may come as a bargain. At the same time, though, you just can’t dismiss the 250 Duke since it’s going to be lot more fun to ride for sure!