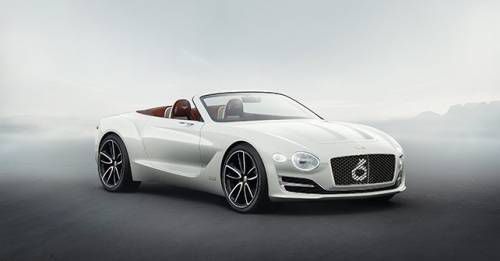 Bentley has previewed their upcoming electric sports car at the Geneva Motor Show this year called the EXP 12 Speed 6e.

At the 2015 Geneva Motor Show, Bentley showcased the weirdly named EXP 10 Speed 6 concept sports car and announced that they will develop the car and put it in production by 2018. The car will able available as a coupe and a convertible and will feature a choice of a V6 plug-in hybrid or a V8, with a possible W12 also in the mix.

Fast forward two years, at the Geneva Show this year, Bentley have revealed the EXP 12 Speed 6e concept in convertible form. The ‘e’ after the 6 signifies that it will be the all electric version of the two-seat sports car. 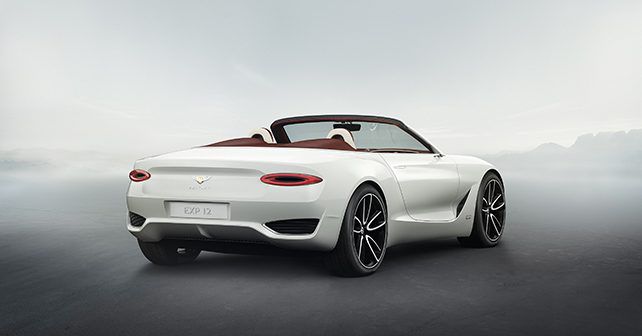 Wolfgang Dürheimer, chairman and chief executive of Bentley Motors, said: “The EXP 12 Speed 6e is a concept to show that Bentley is defining electric motoring in the luxury sector, with the appropriate technology, high quality materials and refinement levels you’d expect from a true Bentley. This concept enables us to engage with luxury customers and gather feedback on our approach.

“Bentley is committed to offering an electric model in its future portfolio and we are interested to receive feedback on this concept,” Dürheimer concluded.

In Bentley’s eyes, they believe that electric powered cars must be able to deliver the same amount of power, drivability and range as a regular fossil fuel injected powertrain. Which is why, an electric Bentley will need to be able to drive long distances for example between London and Paris or Milan and Monaco on a single charge, while also delivering state-of-the-art on board experience for both the passenger and the driver trough the integrated modern technology. 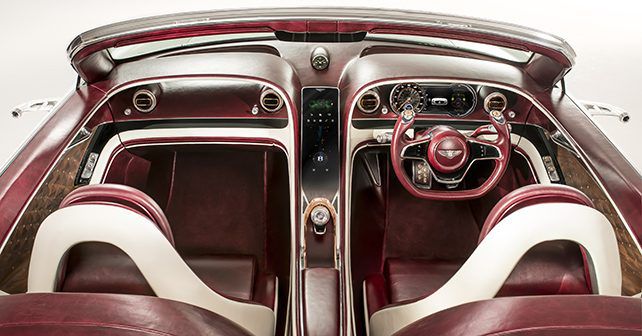 The EXP 12 Speed 6e’s interior cabin has been given a futuristic look, made with high quality materials like premium quality leather, copper trims and an OLED display infotainment system. The steering wheel has been chopped off from the top and uses glass elements with many buttons and switches which control the vehicle’s dynamics.

The exterior also features copper trim elements on the car. On the move, a large ‘6’ illuminated inside the large front grille just like the EXP 10 Speed 6. Both cars are confirmed for production, however, the 6e will take shape later on in the cycle.