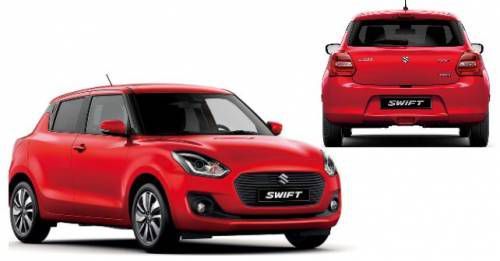 Ever since the launch of the Maruti Suzuki Swift in India more than a decade ago, the car has been consistent on the sales charts. MSIL then introduced a new iteration in 2011, which took the legacy forward. However, it has been more than five years since its last update and the car seems to be lagging behind its competitors. Not for long though.

The new Suzuki Swift premiered in Japan a few months back and now the car has made its global debut at the ongoing 2017 Geneva Motor Show. This all-new Swift is expected to be launched in India in the first quarter of 2018 with a possible Indian debut at the Auto Expo.

This new Swift is based on the same platform as the Baleno and the Ignis – so it is safe to assume it to be considerably lighter than the current-gen model. This new platform, ‘Hearttect’ is also likely to be stiffer than what we have experienced on the Baleno. While the international spec model claims to be 10 percent lighter, 19 percent more powerful and 8 percent more fuel efficient, no details of the India-spec model have been revealed as yet. That being said, we expect it to come with the same engine options as the Baleno – 1.2-litre K-Series petrol, 1.0-litre BoosterJet petrol and the tried and tested 1.3-litre diesel. 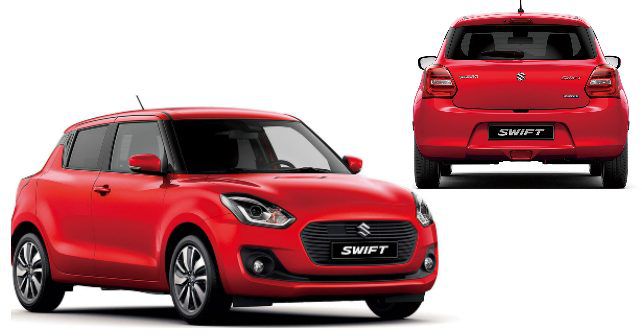 Premium and contemporary are two words that best describe the new Swift. Up front it gets a larger hexagonal honeycomb grille that is flanked by sharper pulled back headlamps that feature LED Daytime Running Lights. Suzuki has done well to retain the Swift’s signature silhouette while successfully making it fresh. The diamond cut alloy wheels further accentuate the new design of the Swift. At the back, the Swift loses its curvy tailgate in place of a razor-edged one. The taillights too are LED type.

On the inside, the story is somewhat similar thanks to its new sporty appeal. The single-pod instrumentation has been given the boot and in its place, comes a twin-pod unit. In the centre, the new Swift will get the same touchscreen infotainment system as the S-Cross, Baleno and the Brezza. This system will come with navigation, Apple CarPlay and Android Auto aside from Bluetooth, AUX and USB connectivity. In terms of safety, Maruti Suzuki is likely to offer the new Swift with two airbags and ABS as standard fitment.

Maruti Suzuki was initially scheduled to bring in the new Swift towards the end of 2017. That being said, the schedule has now been delayed with the car likely to be launched in the first quarter next year. This new Maruti Suzuki Swift is sure to demand a premium over the current generation model. Competitors, however, will remain the same – Hyundai Grand i10, Ford Figo and the likes.