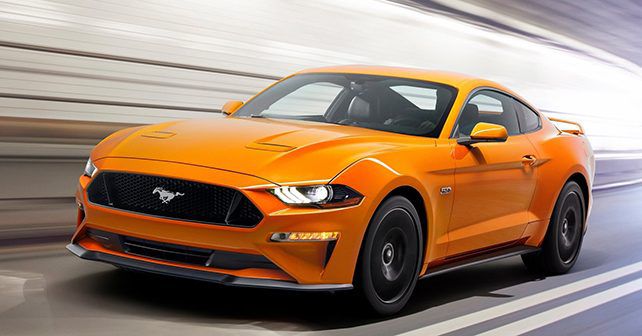 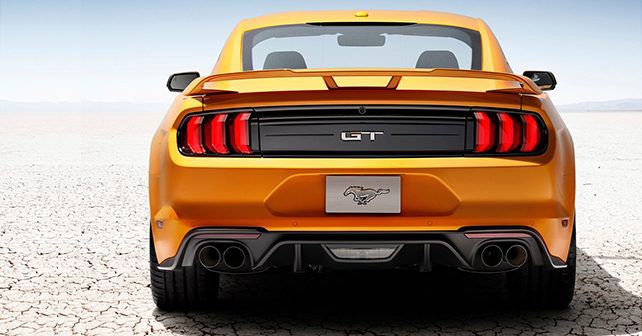 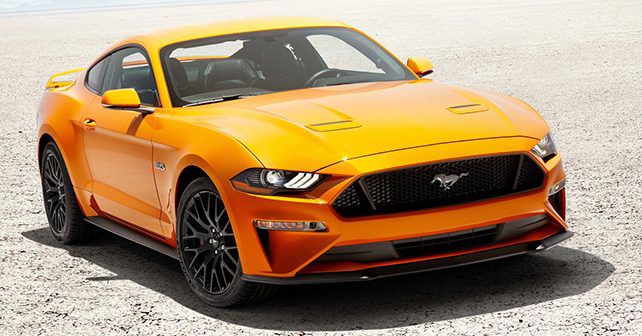 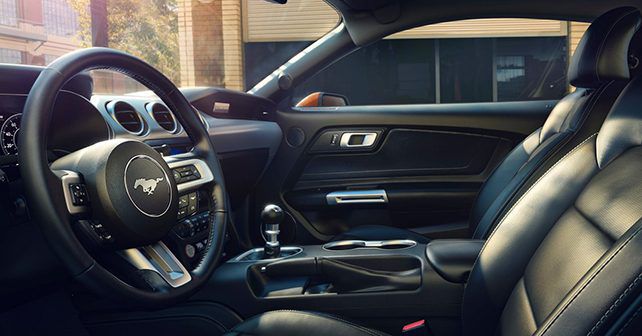 Ford has released images of an updated version for the 2018 model year of the iconic Mustang GT with cosmetic changes and more power an tech.

The Ford Mustang that finally made its way to India after its 52-year existence, has now been given an update for the 2018 model year. And apart from some cosmetic updates, Ford has killed off the 3.2-litre V6 and added more power to their 5.0-litre V8 while throwing in some tech as well for good measure.

With the death of the 3.7-litre EcoBoost V6, some V8 purists would celebrate its demise, but only to realise that it has been replaced with an even smaller 2.3-litre four cylinder EcoBoost engine. But to keep the purists happy the 5.0-litre V8 has been replaced with a more modern iteration of the unit with added tech making it more powerful. But ford hasn’t announced as yet what the new power figures are.

The 6-speed automatic gearbox has been relived of its duties and has been replaced by the 10-speed auto gearbox from the F-150 pick up truck. The manual transmission will be a standard offering with 6-speed configuration.

Additionally, the optional adaptive dampers on all models get brank new shock absorbers, a new cross-axis joint for the rear and new stabiliser bars to improve on the car’s handling characteristics.

The design has been altered significantly is most parts. The front bonnet is now lower and remodelled, as well as the front grille is now slightly smaller in size. This allows for better airflow around the front of the car. for the first time, every single lighting component on the Mustang will feature all LED technology headlamps. The rear LED tri-bar tail lamps have a new design which curve inwards at the top and bottom and the rear bumper is also new with addition of a performance spoiler. Dual-tip exhaust is standard for EcoBoost Mustang, while V8-powered Mustang GT gets a standard quad-tip exhaust.

Ford has also undated the interior of the Mustang, and has included many customisable options n the car. the new Mustang hasn’t gone on sale as yet as the company released the details of the new car following a leak online.

Once the new car goes on sale, expect it to arrive on Indian shores soon, albeit some changes to the cosmetics and powertrain is expected for homologation in India.