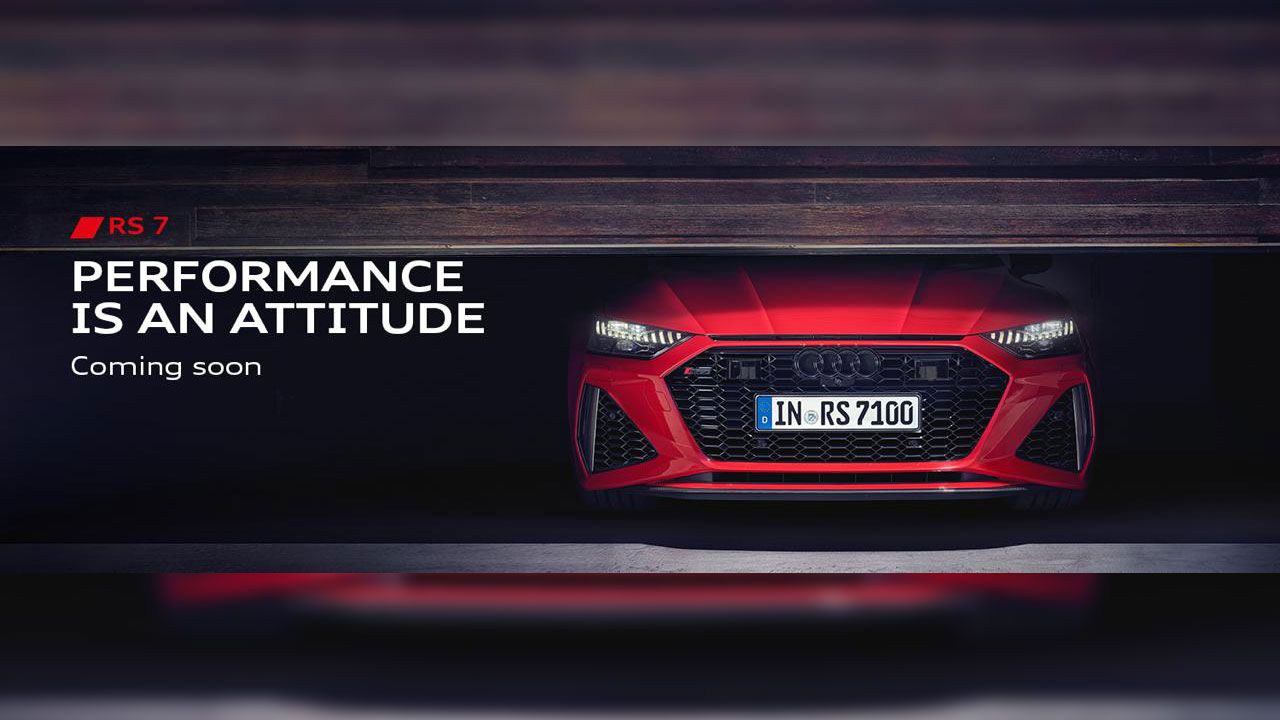 The second-generation Audi RS7 is India bound with 591bhp and a top speed of 305km/h.

Audi India has released a teaser image and video for its new RS7 Sportback that’s making a comeback to India in its second-generation. The 2020 Audi RS7 is derived from the second-gen Audi A7, which is built on the Volkswagen MLBevo platform. The RS7 comes with air suspension featuring an electronic chassis platform (ECP) which acts as the central control mechanism that regulates the way in which the dampers work to suit road conditions, it also controls the sport differential. 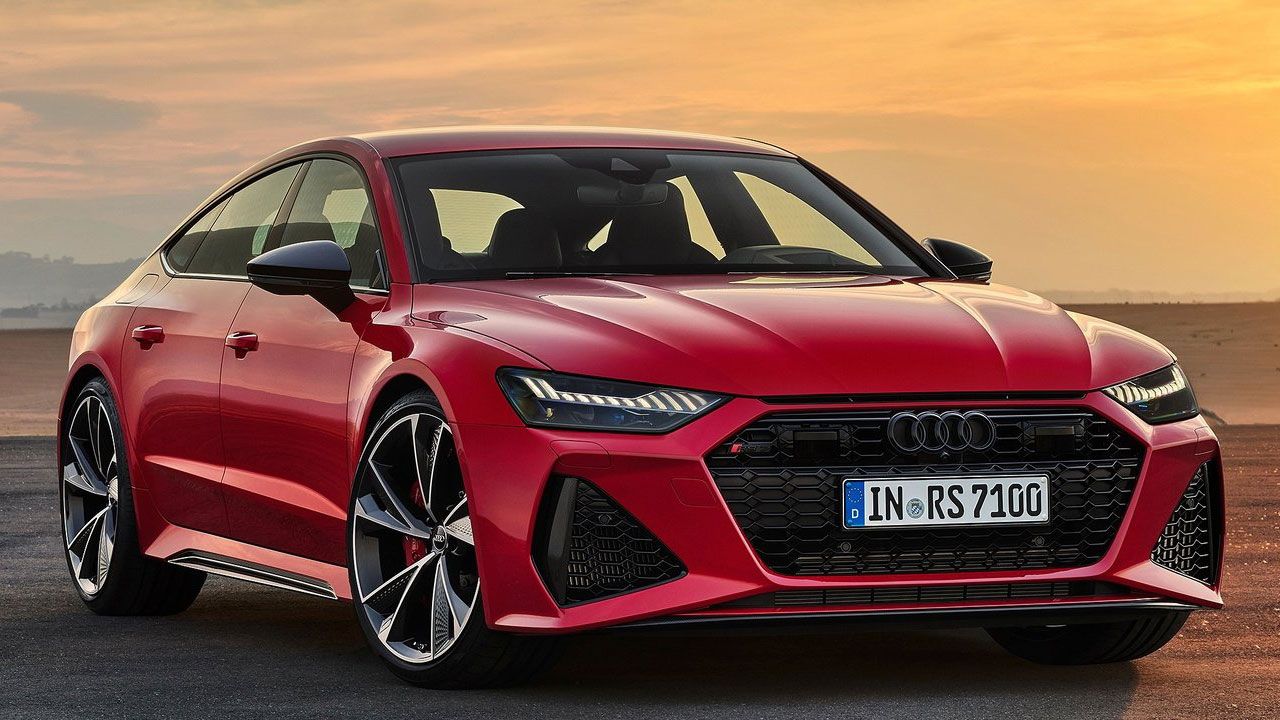 Moving away from the technical stuff, the new RS7 reemphasises the aggressive design of the previous car with that sleek front grille that is contrasted by a huge grille and those gaping air dams. The side profile is dominated by the wheel arches that appear to be flexing to the max to accommodate those wide 22-inch wheels. Around the back, the new RS7 like its predecessor has a somewhat meek design, but this time around some aggression is leant by the LED tail lamp cluster spread across the entire width of the car, the rear air diffuser stands out too.

Like its predecessor, the new RS7 is powered by a twin-turbocharged 4.0-litre V8 engine with direct fuel injection. The engine now develops 591bhp of max power and a massive 800Nm of peak torque. Power is sent to all four wheels via an eight-speed automatic gearbox. The new RS7 has a rated 0-100km/h time of 3.6 seconds, 0-200km/h is dealt with in 12 seconds and with Audi’s RS dynamic package plus in place, the car will hit a top speed of 305km/h. Complementing its performance is cylinder on demand technology as well as a 48-volt mild hybrid system to boost the car’s fuel efficiency. 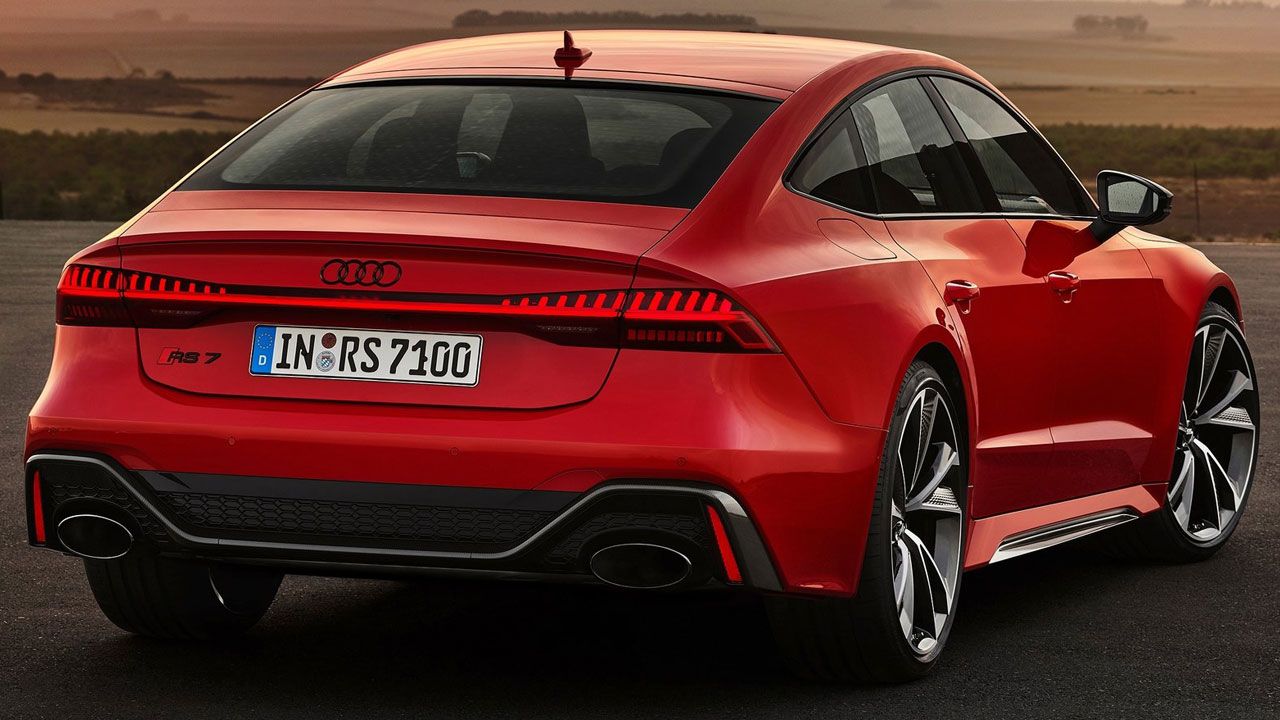 "The RS7 Sportback is our interpretation of a four-door high-performance coupé in the shape of a grand tourer. With refinements to make it even more suitable for everyday use plus its incredible performance, what we have here is an extraordinary sports coupé for customers who like their cars to feature stunning design," said Oliver Hoffmann, Managing Director at Audi Sport GmbH.