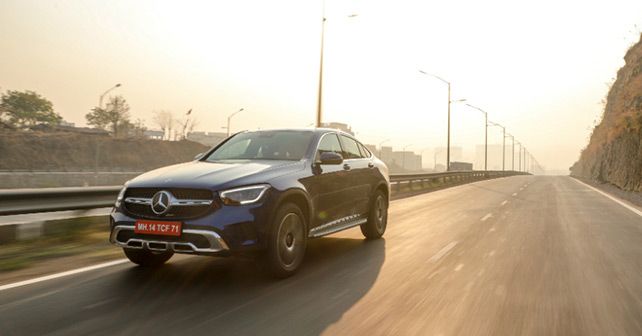 With the 2020 GLC Coupe, Mercedes-Benz has improved the vehicle in many areas as compared to the old car. And the result is a more affordable and more practical offering, without any loss of coupe-SUV appeal.

Whether SUV-based coupes are your thing or not, there’s no denying that there’s a section of luxury car buyers that prefers it over regular SUVs. A decade ago, we only had the BMW X6, but now we’ve more coupe-SUVs in the country. We now have the Audi Q8, BMW X4, Mercedes-Benz GLE Coupe, GLC Coupe, and Porsche Cayenne Coupe. The presence of all of these models suggests that people have now warmed up to these coupe-SUVs.

The latest SUV-based Coupe to enter our market is the GLC Coupe. We drove it a couple of days ago, and you can read our first-drive review here – 2020 Mercedes-Benz GLC Coupe Review: First Drive

However, in this story, we’re going to list the five main highlights of the new GLC Coupe,

Unlike the previous GLC Coupe, which was sold only in an AMG disguise, the new GLC Coupe comes with a regular set of petrol and diesel powertrains instead of a barking mad AMG 43 motor. The 2020 GLC Coupe is available in GLC 300 and GLC 300d trims. The former features a 2.0-litre four-cylinder turbo petrol engine that produces 254bhp and 370Nm of torque, whereas the latter features a 2.0-litre four-cylinder turbo diesel engine that’s rated at 242bhp and delivers 500Nm of torque. Both engines are BS-VI compliant, and they come paired to a 9-speed automatic transmission. The drive is sent to all four wheels using Mercedes’ 4MATIC system. 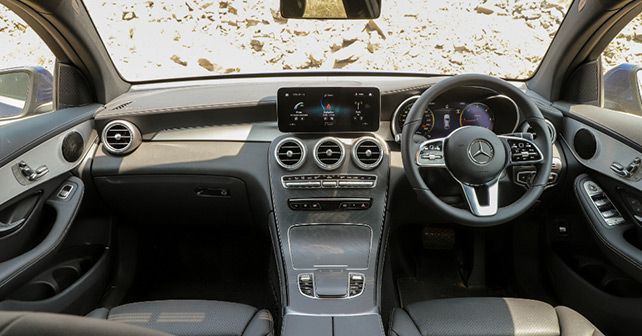 The cabin of the 2020 GLC Coupe gets Mercedes’ MBUX system, which makes a world of a difference as compared to the old car. The new system includes a 12.3-inch all-digital instrument cluster and a 10.25-inch touchscreen display, with Apple CarPlay and Android Auto connectivity options. A haptic touchpad replaces the central rotary controller of the old car, and there’s wireless smartphone charging as well. You also have ‘Hey Mercedes’ voice assistance system and a new steering wheel with touch controls. It also packs 360-degree view cameras, which is really helpful, given the car’s awful rear visibility.

Coupe-SUVs aren’t really a thing of beauty, but the GLC Coupe isn’t an ugly duckling either. In fact, with the update, it looks nicer. The front fascia is identical to the regular GLC SUV, which, we think, is one of the best-looking SUVs in its segment. The GLC Coupe now also gets a new set of Multibeam LED headlamps. The side profile is similar to the old car, but there’s chrome lining around the windows. The rear-profile is completely new and features new LED tail-lamps. The rear end does look a bit out of place, but it grows on you over time. Like we said in the review, it’s a bit of an acquired taste. 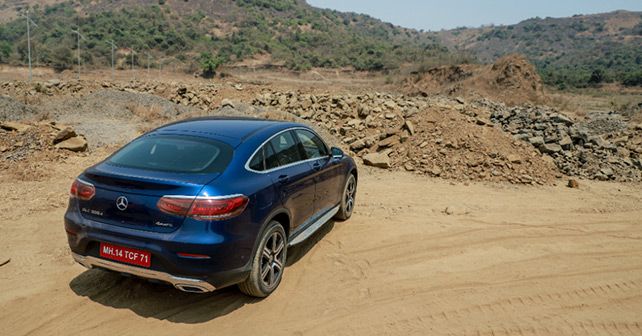 Contrary to popular belief, the GLC Coupe is surprisingly spacious at the back, despite having a slanting coupe roofline. The headroom is adequate, while the legroom and under-thigh support are as good as the regular GLC. Of course, the sloping roof does make getting in and out of the car a little more tedious, and the smaller glass windows can make you feel claustrophobic, but at no point does it feel unliveable. The boot space stands at over 500 litres, making it very practical.

With the new GLC Coupe, Mercedes-Benz has made it more affordable than before, as it's nearly 15 lakh rupees cheaper than the old GLC 43 AMG version. The GLC 300 is priced at Rs 62.70 lakh, while the GLC 300d is priced at Rs 63.70 lakh (both prices are ex-showroom).