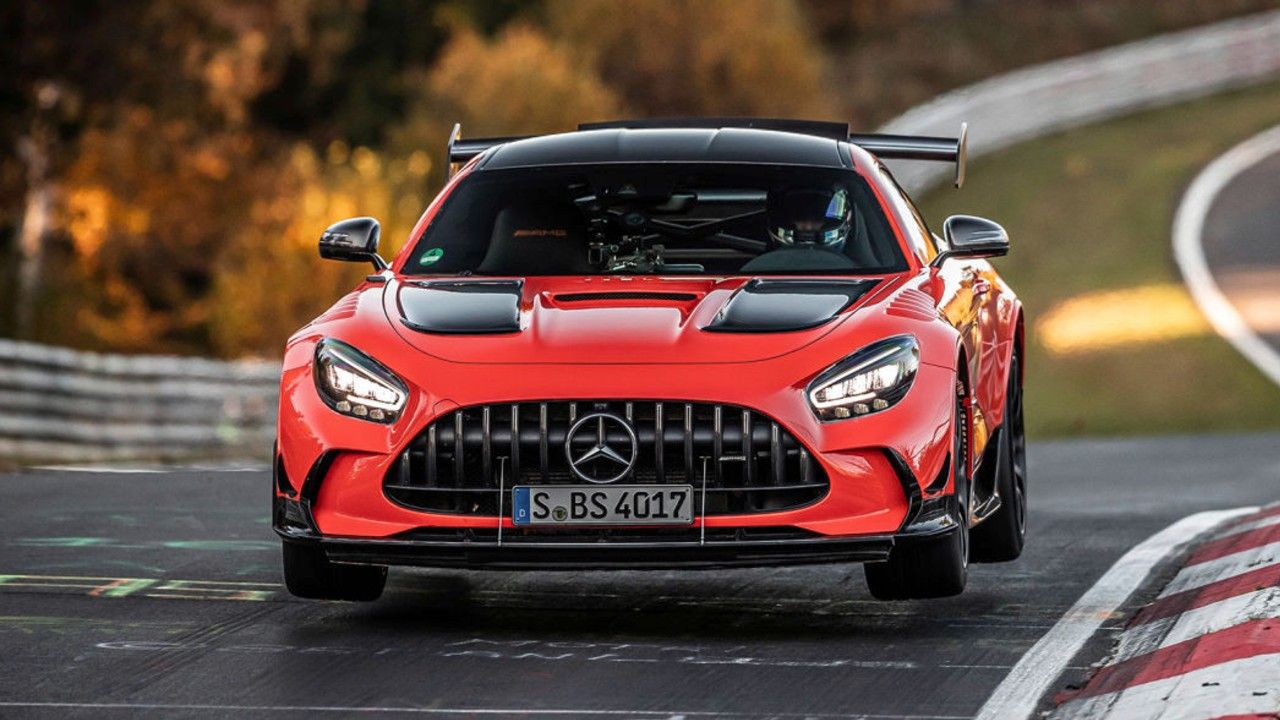 Having gone around the Nurburgring circuit in just 6 minutes 43.616 seconds, the 2021 Mercedes-AMG GT Black Series is now faster than the Lamborghini Avantador SVJ by 1.35 seconds.

Mercedes-AMG took the wraps off the AMG GT Black Series a few months back in July. The car has now been lapped at the legendary Nurburgring circuit in Germany and has managed to post an incredibly fast lap time of 6 minutes 43.616 seconds, making it over a second faster than the Lamborghini Aventador SVJ. It must be noted that the aforementioned lap time is for the 20.6km traditional section of the circuit. Around the full 20.8km length of the track, the Mercedes' offering clocked 6 minutes 48.047 second time. Despite pushing out less power, it still beat the Italian offering. Mercedes seemed bullish about the lap record. The Three-pointed Star claimed that the conditions were ‘not quite ideal’ for the lap during the record run, as the track temperature was about 50 degrees, and some parts of the circuit were damp. 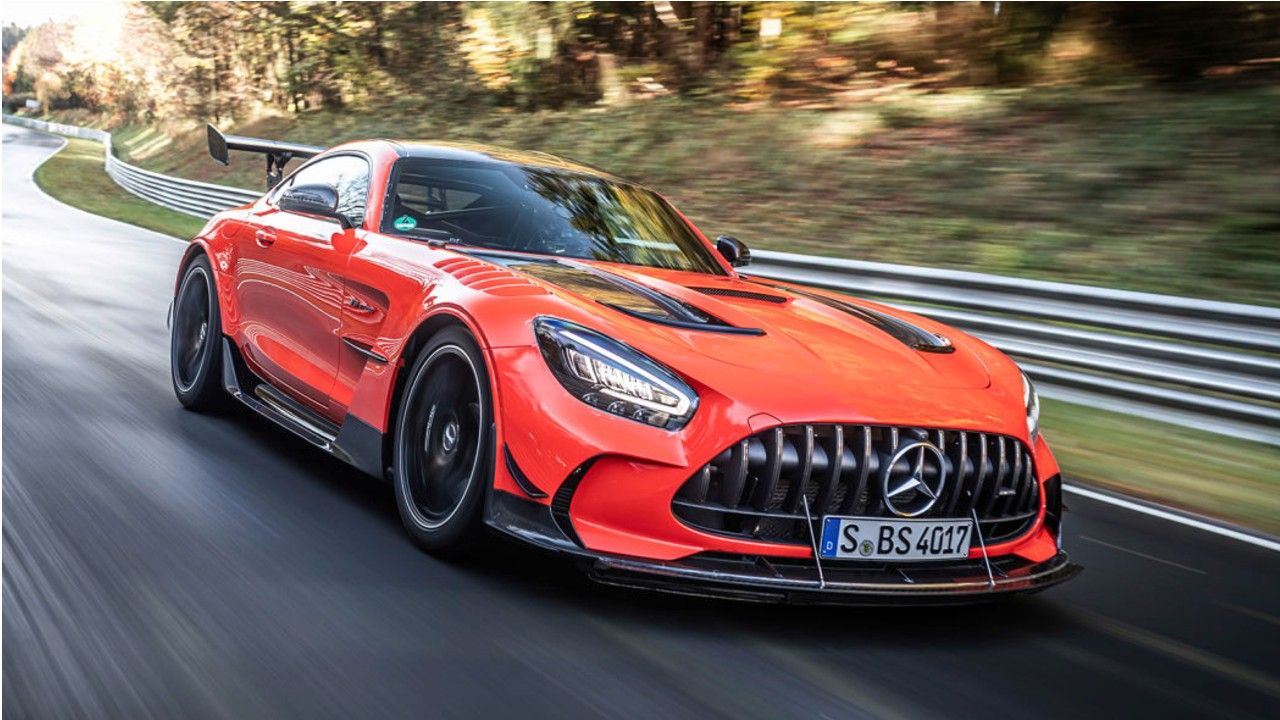 In the interest of transparency, the lap time was independently certified by a company called Wige Solutions. The AMG GT Black Series was running a setup to suit the track conditions. While it sat on factory tyres, the front splitter extended to its longest setting and the rear wing was set at the middle setting. The suspension was also lowered – 0.2 inches at the front and 0.1 inches at the rear. To ensure better stability, the anti-roll bar was set to the stiffest setting. Traction control was set between 6 and 7, out of the total 9 levels that the Black Series offers.

It must be noted that while the Mercedes-AMG GT Black Series is the fastest production sports car to lap the Nurburgring, it isn’t the fastest road-legal sports car. That title is held by a modified Porsche GT2 RS, which went around the circuit in just 6 minutes 40.33 seconds. Mercedes-Benz also holds the record of the fastest luxury sedan around the circuit, thanks to a 7 minute 27.800 second lap time of the AMG-GT 63 S.