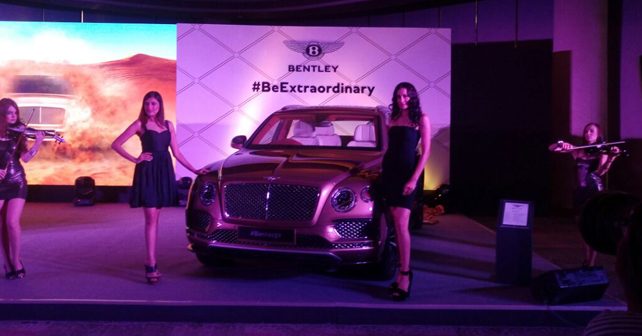 Bentley's first ever SUV - the Bentayga - is now on sale in India.

The Bentley Bentayga has finally reached to the Indian shores! Claimed to be the fastest and most luxurious SUV on the planet, the Bentayga carries a price tag of Rs 3.85 crore (ex-showroom, Delhi). Bentley claims that it has received over 100 bookings for the luxo-barge in India alone, while the first year’s allocation of 5,000 units have already been sold out, worldwide!

The production version of the Bentayga was first revealed at the 2015 Frankfurt Motor Show. In terms of aesthetics, the new Bentley SUV echoes the design language of other cars from the Crewe-based luxury car marque. Front fascia gets a large diamond matrix grille flanked by the familiar quad headlight design- somewhat similar to the Mulsanne. Around the side, the Bentayga sports sharp creases, muscular haunches along with an elevated ride-height. The rear end features Flying Spur-esque rectangular tail-lamps, although they come with unique  ‘B’ shaped LED strips and silver surrounds. 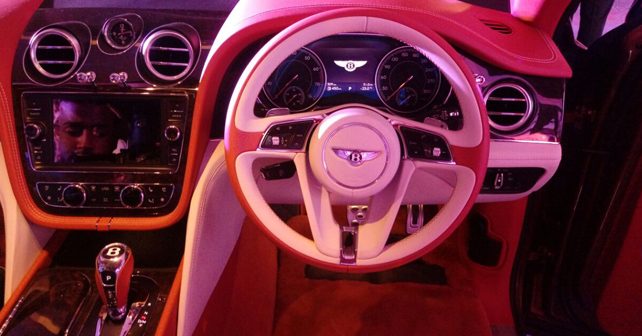 The Bentayga’s cabin is inspired by the Continental GT and Flying Spur models, featuring a curved top-edge design, along with an 8.0-inch touch-screen display, large circular air-conditioning vents and numerous switches and controls. The steering wheel and twin-binnacle instrument cluster are all new. Among other highlights, the front seats are 22-way power adjustable with integrated ventilation, heating and massaging functions. The rear seats offer 15-way power adjustments while there’s a large centre control display and two Android-based entertainment screens at the back.

Powering this behemoth is an all-new twin-turbocharged 6.0-litre W12 petrol engine that churns out 600bhp and 900Nm. Paired to an eight-speed automatic gearbox, sending power to all four-wheels, the the Bentayga will do 0-100km/h in 4.1 seconds and continue accelerating till it reaches its top speed of 301km/h!

At the moment, the Bentley Bentagya has no real rival in the market. However, soon it will be joined by the likes of the Lamborghini Urus and Rolls Royce Cullinan.