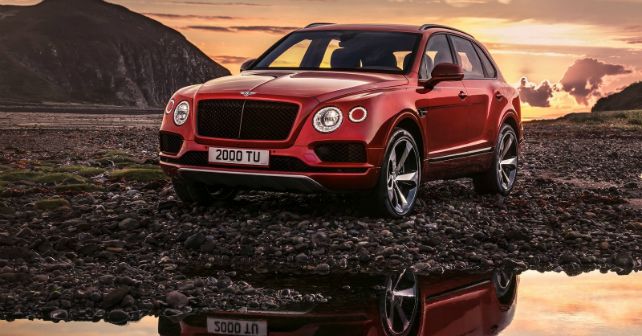 Priced at Rs 3.78 crore, the Bentley Bentayga will now be available in India but only on order

It is clear that luxury car makers are recognising India among the big markets for their brands. Take Bentley for instance. The company brought in the Bentayga to our shores around six months after it’s global unveiling. Now the British marquee has brought in a new V8 variant of the luxury SUV – once again just a few months after it has been launched globally. Customers can purchase the Bentley Bentayga V8 in India at a price of Rs 3.78 crore (ex-showroom Mumbai). The uber-luxury offering will only be available on order.  Exclusive Motors, the official partner for Bentley Motors in India first launched the Bentayga in April 2016. Introduced in the top-spec W12 variant, the Bentayga was launched at Rs 3.85 crore (ex-showroom Delhi) during the time.

Speaking about the new launch, Satya Bagla, Managing Director, Exclusive Motors said, “The Bentayga V8 shares the same sleek lines as the other models in the Bentayga range, but adds some distinctive features to create an edgier exterior that matches the car’s dynamic feel. The newest addition to the range, Bentayga V8, is everything Bentayga was designed to be, balancing exquisite refinement with astonishing performance.”

This new Bentley comes fitted with a 4.0-litre twin-turbo V8 that also does duty in the Lamborghini Urus. In the Bentayga though, it is good for 542bhp and 770Nm. All of this power is sent to all four wheels with the help of an 8-speed automatic transmission. Interestingly, despite the 4 cylinder deficit, the Bentayga V8 promises impressive performance. The 2.3-tonne car is capable of dismissing the 0-100km/h dash in just 4.5 seconds and record a top-speed of 290km/h.

For a car that can go as fast, the Bentley Bentayga come equally well-performing brakes. The 440mm disc up front and a 370mm one at the back are the largest discs fitted on any production car. That being said, its sibling, the Lamborghini Urus also comes with the same brake setup.

In terms of design, equipment, and interior, the Bentley Bentayga V8 will remain more or less identical to the W12 model introduced two years back. The V8 will also come with air suspension on all four corners. Customers can also select between a four, five or seven-seat options. Other standard equipment includes an 8-inch touchscreen, a 60GB hard drive for the infotainment and additional tablet devices for the passengers.