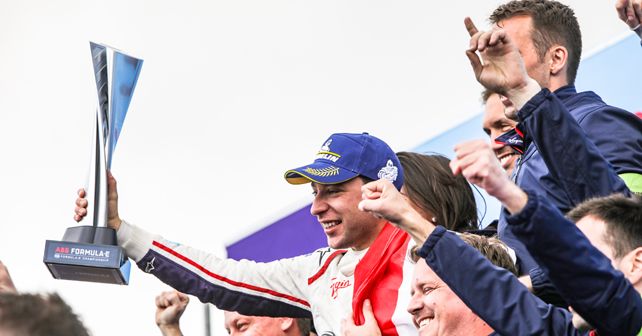 In the season's first wet E-Prix, Robin Frijns emerges victorious, which makes him the eighth different winner so far; Andre Lotterer (DS Techeetah) and Daniel Abt (Audi Sport Abt Schaeffler) complete the podium.

The 2018-19 ABB FIA Formula E season continues on its unpredictable trajectory, as the eighth round of the season, the Paris E-Prix, has sprung up yet another different race winner in the form of Envision Virgin Racing's Robin Frijns. This makes it eight different winners from the season's eight rounds that have taken place so far. While Sam Bird gave Envision their first season victory in the Santiago E-Prix (Round 3, Chile), Frijns earned his maiden win of the season, marking the team's second successful outing. This win also makes Envision Virgin Racing the only team in the championship so far to have scored a double victory this season. 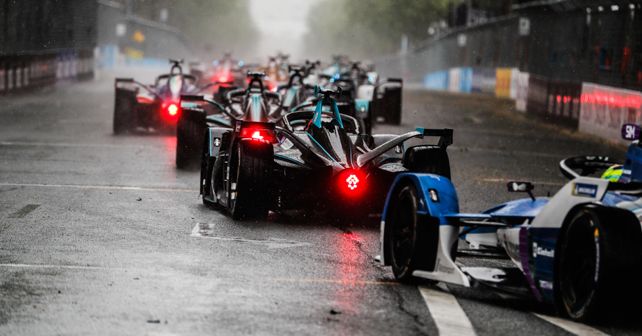 Mahindra Racing continued on its downward trend, as Pascal Wehrlein and Jerome d'Ambrosio were both relegated to the back of the grid after both their qualifying times were disqualified due to the infringement of the minimum tyre pressure rule. This came as a particularly nasty blow to the homegrown team, as Wehrlein had secured pole position in qualifying while d'Ambrosio had qualified in an impressive 6th place. Thus, the advantage passed on to Nissan e.dams, as Oliver Rowland started the race from pole, with his teammate Sebastien Buemi behind him in second. 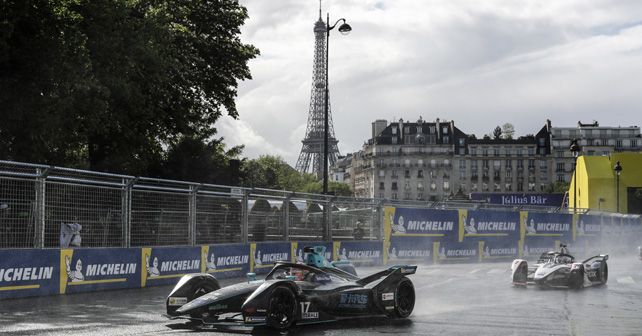 As conditions were damp, the race began behind the safety car, and soon, the tricky conditions started to take their toll on the drivers. Within opening minutes of the race, Oliver Rowland locked up on Turn 10, ending up in the barriers. As a result, the pressure of securing the team's first win of the season fell on Buemi, as he led the pack post-Rowland's exit. Behind Buemi, Robin Frijns (Envision Virgin Racing) made sure that he kept his cool and did not do anything impulsive. However, there was a bit of contact between Buemi and Frijns, which caused a bit of damage to both cars. Soon, Frijns got what he wanted as he managed to gain the lead, while Buemi limped back to the pits owing to a puncture and some other technical snag. 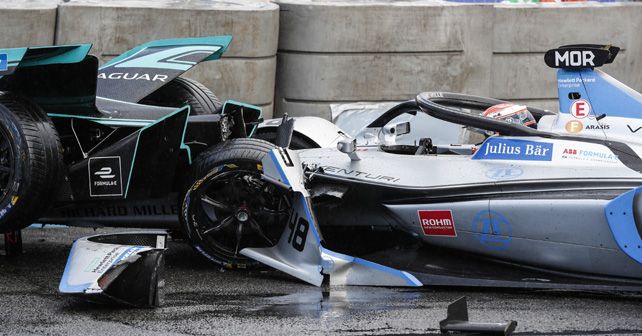 While Frijns led the race from there on till the chequered flag, he was closely followed by DS Techeetah driver Andre Lotterer and Audi Sport ABT Schaeffler's Daniel Abt, who took second and third, respectively. Meanwhile, under a Full-Course Yellow (FCY) due to increased rain intensity, the back-end of the pack witnessed a fair bit of chaos, as Nio's Tom Dillman clipped the wall with just 23 minutes left in the race, earning a DNF. Joining the DNF group were Edoardo Mortara (Venturi), Alex Lynn (Panasonic Jaguar Racing), Alexander Sims (BMW i Andretti Motorsport) and Stoffel Vandoorne (HWA Racelab).

Mahindra Racing's Wehrlein managed to convert his last-place start into an impressive 10th-place finish, earning just one point, while d'Ambrosio managed to climb up to 8th but ended up hitting the barriers in the final moments of the race, because of which he could manage a 17th-place finish. In the driver's standings, Frijns takes the top spot with 81 points, ahead of DS Techeetah's Andre Lotterer by just one point. Behind Lotterer sits BMW i Andretti Motorsport's Antonio Felix da Costa, with 70 points.