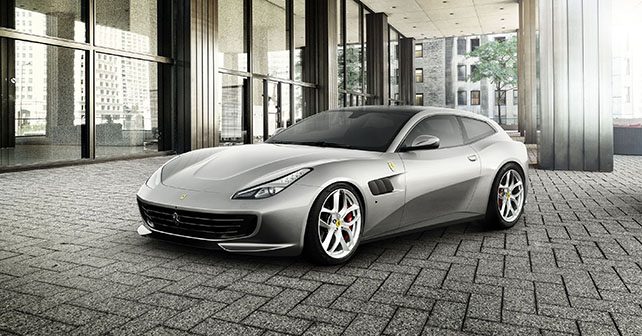 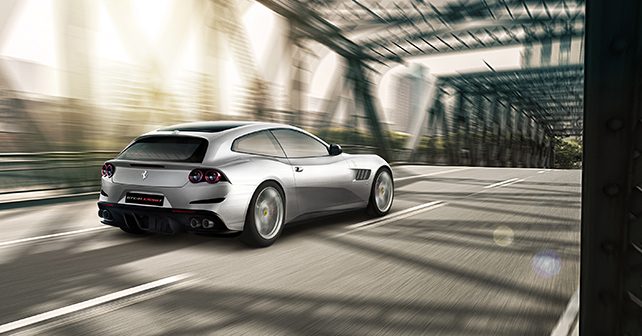 Ferrari has revealed a turbocharged version, the GTC4Lusso T which will make its debut at the Paris Motor Show in early October.

At the upcoming Paris Motor Show, Ferrari will unveil a turbocharged version, the GTC4Lusso T, the first four-seater V8 turbo sportscar Ferrari has ever made.

Naturally, the GTC4Lusso T is down on power from the V12 powered car, but not by a heap. The naturally aspirated V12 in the standard car produces 681bhp. Ferrari lifted the turbocharged 3.9-litre V8 from the California T and tuned it to produce 602bhp but it produces 760Nm of torque which is available anywhere between 3,000rpm to 5250rpm, which is 63Nm more than the N/A V12 and plonked it in the front of the GTC4Lusso. Ferrari are claiming that the GTC4Lusso T can accelerate from 0-100 km/h in 3.5 seconds, two tenth slower than the naturally aspirated V12 car and reach up to a top speed of 320 km/h while the V12 can do 345 km/h.

The GTC4Lusso T does away with the one-of-a-kind all wheel drive system found in the V12 and the now discontinued FF predecessor, and is available only with rear-wheel-drive only also with four-wheel steering with Side Slip Control. Throwing the four-wheel drive system and four cylinders away naturally makes the car lighter and now weighs only 1,740 kilograms (dry). Ferrari have also distributed the weight to a more suitable 46:54 ratio, from front to back for better handling.

The GTC4Lusso T hosts the same exterior styling as the V12 Lusso with a fastback sloping roof line. Inside the cabin are four seats, and a Dual Cockpit at the front designed to enhance the shared driving experience for both driver and passenger. It also has the new 10.25-inch HD capacitive touchscreen infotainment system as well.

Naturally the forced induction version is likely to be priced lower than the more powerful and faster V12 but by how much is the question. Though Ferrari are yet to launch the GTC4Lusso in India, we expect both cars to be launched soon. The Turbo may arrive before the naturally aspirated version as well to Indian shores as the lower price tag will be a bigger draw for Indian customers.