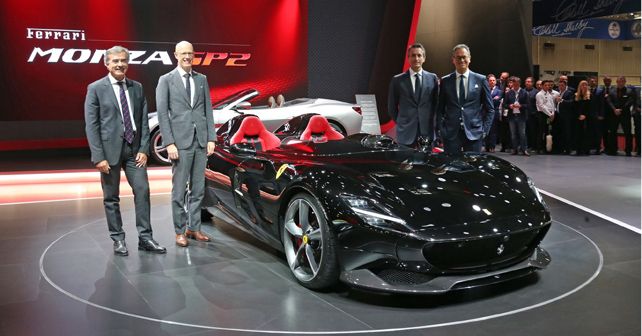 After being revealed to media in Italy last month, the Ferrari Monza SP1 and SP2 have finally arrived made their public debut at this year's Paris Motor Show

Ferrari had taken the wraps off the bespoke Monza SP1 and SP2 models last month on the Capital Markets Day in Maranello, Italy. However, last month's revealing was limited to global media folks. Now, the first two models of the brand's 'Icona' series have made their public debut at the ongoing Paris Motor Show. The open-top roadsters, or Barchettas, have a more racecar-like countenance than a road car, even though both are street-legal. The SP1 features a single-seat driver’s bay with a tonneau cover stretching over the passenger area. The SP2 features a second seat with a roll bar. While both models have been inspired by the original Ferrari Barchetta models, particularly by the 1948 166 MM and the 750 Monza of the 1950s, they are based on the underpinnings of the current 812 Superfast. 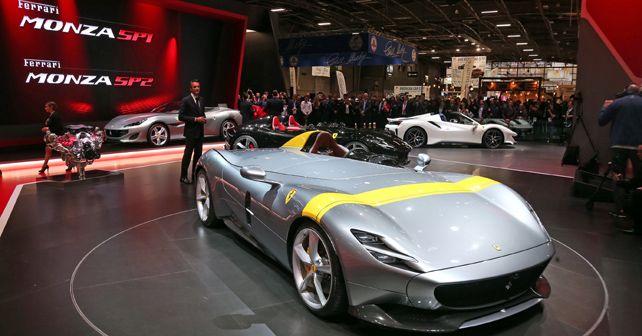 What makes the Barchetta open-tops truly special is the fact that they feature the most powerful engine unit to be produced by the Italian car maker. The 6.5-litre V12 delivers 809bhp and 719Nm of torque at 7,000rpm, capable of propelling the SP twins from 0 to100km/h in just 2.9 seconds. The top speed figure is reported to be in excess of 300 km/h. Notable for using F1-tech in their road cars, Ferrari has also given variable inlet tracts to the SP models, directly adopted from their F1 engines. 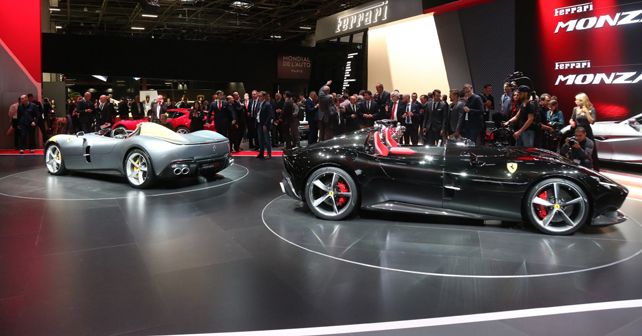 While both SP models feature minimalist cockpit designs, Ferrari has managed to add a USP there as well by replacing the standard windscreen with their patented ‘Virtual Wind Shield’ mounted in the bonnet fairing ahead of the driver. It is designed to divert some of the ai-flow over the driver’s head. The idea is to minimise the negative effect of the air-flow without compromising the exhilarating sense of speed, usually experienced by F1 drivers.

Talking about the numbers, the SP models will see a combined production run limited to 499 units and the price is expected to be around £1.6 million in the UK.