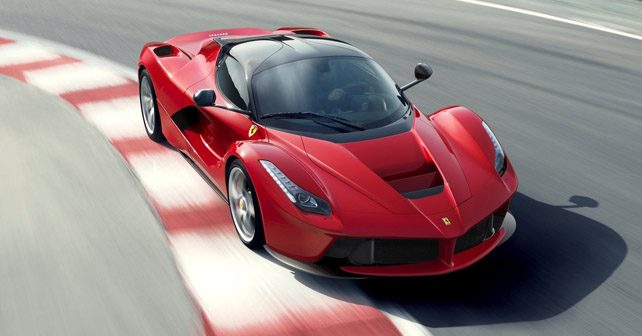 In the wake of the recent earthquake in Italy, Ferrari has announced that it will make one more unit of the LaFerrari coupe. Last example of the hypercar will be auctioned to raise money for the victims.

If you know a thing or two about Ferrari then you must be well aware of the fact that most of its car are built in limited numbers. One such car rarefied supercar to come out of Maranello in the recent times is the LaFerrari. Only 499 units were meant to be made, but now Ferrari has announced that it will produce one more – the 500th unit. Reason? To raise money for victims of the recent earthquake that struck Italy, claiming over 300 lives.

Ferrari will be putting the 500th LaFerrari coupe for auction, with the proceeds flowing to the needy victims of the earthquake. Given the fact that the 'regular' LaFerrari carried a price tag of $1.3 billion, you can certainly expect the last example to raise huge funds for the charity. Ferrari is yet to announce the date of auction, or when will the last unit be produced, though.

Charity aside, let’s also re-introduce you to the LaFerrari. First of all, it is the most powerful road-going Ferrari ever. And that is thanks to its hybrid powertrain that comprises a naturally aspirated 6.3-litre V12 petrol engine and an electric motor. Total horsepower count stands at 950bhp along with a combined torque of 900Nm. 0-100km/h comes in less than 3 seconds and the top speed is in excess of 350km/h, claims Ferrari.

Apart from the road-going coupe, Ferrari had also created a track-bred monster based on the LaFerrari, called the FXX-K. Only a few were made though, all separate from the 499 production units. After the 500th unit, Ferrari will begin the production of the LaFerrari Aperta (Spider), which is set to debut at the 2016 Paris Motor Show later this month.