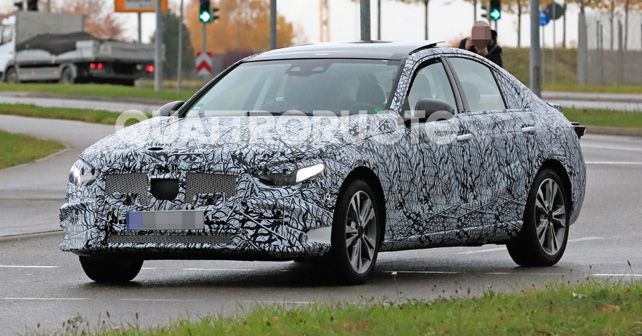 Codenamed W206, the next-gen Mercedes-Benz C-Class will be underpinned by an all-new platform and is expected to go on sale in 2020.

The fifth-gen Mercedes-Benz C-Class is already in the works and our Italian partner, Quattroruote, have managed to get the first spy pictures of the all-new sedan. Expected to launch sometime in 2020, the next-generation C-Class is going to be based on an all-new lightweight platform and, of course, it’ll be coming to India soon after its global launch.

So, what do we have here? Well, the usual stuff – a camouflaged test mule. Now, for starters, the profile of the new C-Class looks largely unchanged from the current model. So, don’t expect any big changes in terms of its overall presence. That said, from what we can make out, the front-end is lower and has a more pointy appearance. The headlamps could also get sleeker, bringing the C-Class’ design in line with its newer siblings such as the CLS. 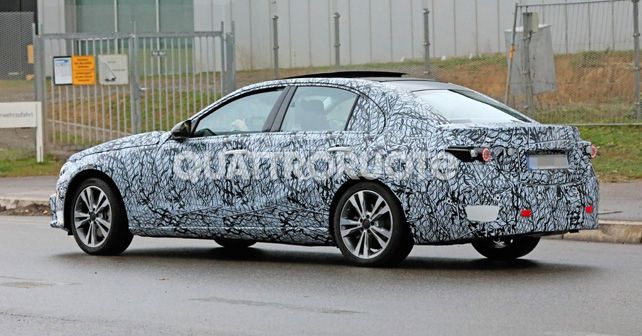 As for the platform, the new model is likely to be based on an updated version of the new E-Class’ MRA2 architecture, meaning significant weight savings will be achieved. By the time the new C-Class comes out, it’ll definitely have an all-electric powertrain, which should mean the car will get all-electric powertrains from the brand’s exclusive EQ range. Four-cylinder turbo petrol and diesel engines should be the mainstay of the range, while it’s entirely possible that they could feature hybrid tech as standard.

Interior layout and design will change as well. And that would mean the new C-Class will come with all sorts of connectivity features as well as semi-autonomous driving tech. Expect two large touchscreens to take the centre-stage inside, just like it’s in the new E-Class.