Ford EcoSport: Wait for the face-lift or buy current model? 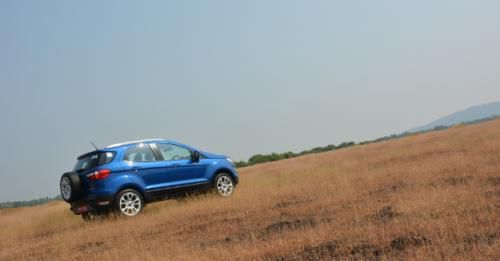 By now you might already know that Ford is going to launch the EcoSport facelift in India on November 9, 2017. We’ve already driven the car and you can check our first drive review here – 2017 Ford EcoSport Facelift Review: First Drive

Now while the new EcoSport is only a few days away from its market launch, Ford dealers across the country are offering heavy discounts on the current model so as to clear their inventory. As per some dealers, there are discounts ranging between Rs 30,000 and Rs 1 lakh that are being offered at the moment. And if you bargain hard, you might also end up getting free insurance, extended warranty package, accessories, and other goodies.

So, does it make more sense to wait for the new model or buy the current car? If you think about it, it depends on what model you want to buy. For instance, the diesel version of the new EcoSport is mechanically unchanged from the current model. Sure, it gets a new front fascia and lot more goodies like a large touchscreen infotainment system, projector lamps and other creature comforts, but if you can go without all these, it’s not a bad deal to settle with the current car.

On the other hand, the petrol version of the EcoSport now gets a new and more powerful 1.5-litre engine. It comes standard with a five-speed manual gearbox but the automatic version now comes with a torque converter as opposed to the dual clutch transmission of the current model. From what we can tell, the new 1.5-litre motor feels peppier and it's more fuel efficient and refined. So, if you want a petrol, waiting for the new model makes more sense. On the flip side, the current car's award-winning 1.0-litre EcoBoost turbocharged petrol engine has been junked in the new EcoSport, so if you seek more fun and performance from the engine, the EcoBoost is still the engine to go for. Not to mention, now it'll be more affordable to buy than ever before and in the long-run, you'll also have to shell out less money for renewing insurance because of its small capacity engine.

At the end of the day, if you feel the current car – with heavy discounts on offer – makes more sense, then you should check with the dealers in your area at the earliest. But, if you want the new EcoSport, well, you can just wait until November 9 for its prices to come out…