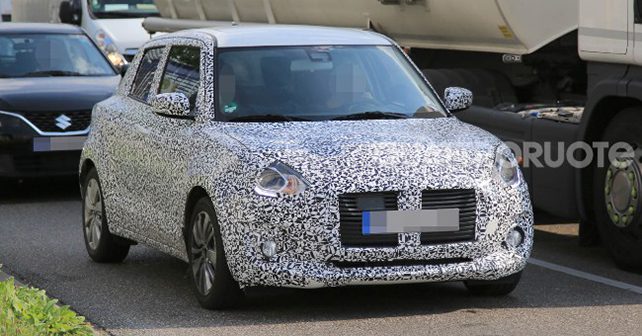 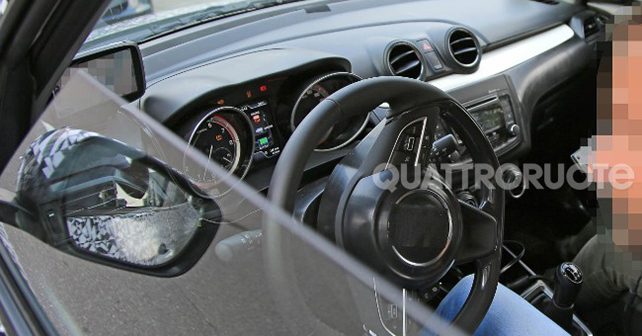 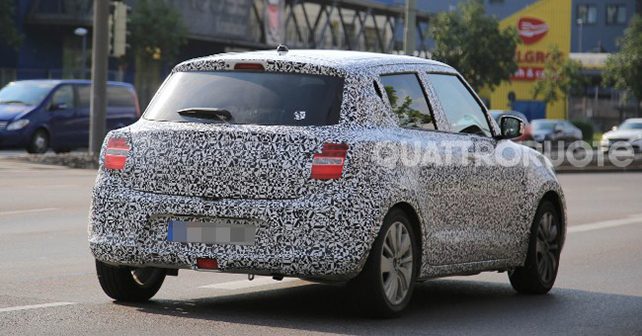 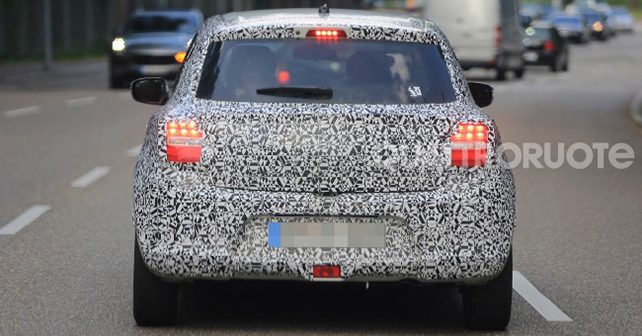 The Suzuki Swift has been spied testing in Europe with the mild hybrid SHVS system.

The Suzuki Swift which will be launched by Maruti in India in 2017, has been spied testing in Europe. While images of the vehicle and renderings have been floating around the internet for a while, it is the first time the interior has been spied completely undisguised or camouflaged.

The images reveal that the design character lines of the swift remains true to its signature style. But the new Swift gets brand new head lamps with daytime running lights, and LED tail lamps as well. Also the rear door handles have been moved from its traditional position to the C pillar of the car for a better flowing line which may have been done to enhance air flow around the car and better fuel economy with such simple touches. Even the ORVMs have been redesigned

The engines however for the Indian market will be similar to the ones currently available with the Baleno. A 1.2-litre, four cylinder, petrol engine and the 1.3-litre, four cylinder, turbo diesel engine. However, these engines maybe further tuned to match the power outputs of competitors while also improving on fuel efficiency. The car spied testing was seen with a battery indicator in the instrument cluster which hints at the fact that the Swift may also get the Smart Hybrid Vehicle by Suzuki (SHVS) system as well. However, it is still unconfirmed is the 1.0-litre Boosterjet engine which will be launched with the Baleno RS later this year, will also be offered with the new Swift.

The new Swift will get all new interiors with a completely redesigned dashboard.[/caption]

The interior of the new Swift has gotten a brand new dashboard. The infotainment system has been updated to the touchscreen system found in the Baleno, while the lower trims will get the standard analogue system. The central air-vents have now been switched so circular ones, while the three-spoke steering has been redesigned with multi-function buttons for the infotainment system. The Instrument cluster has been restyled with a binocular style twin dial look with a TFT screen in the centre which has the SHVS battery indicator.

Suzuki is expected to reveal the new Swift in October at the Paris Motor Show. The product is expected to arrive in India and launched by Maruti Suzuki in 2017.