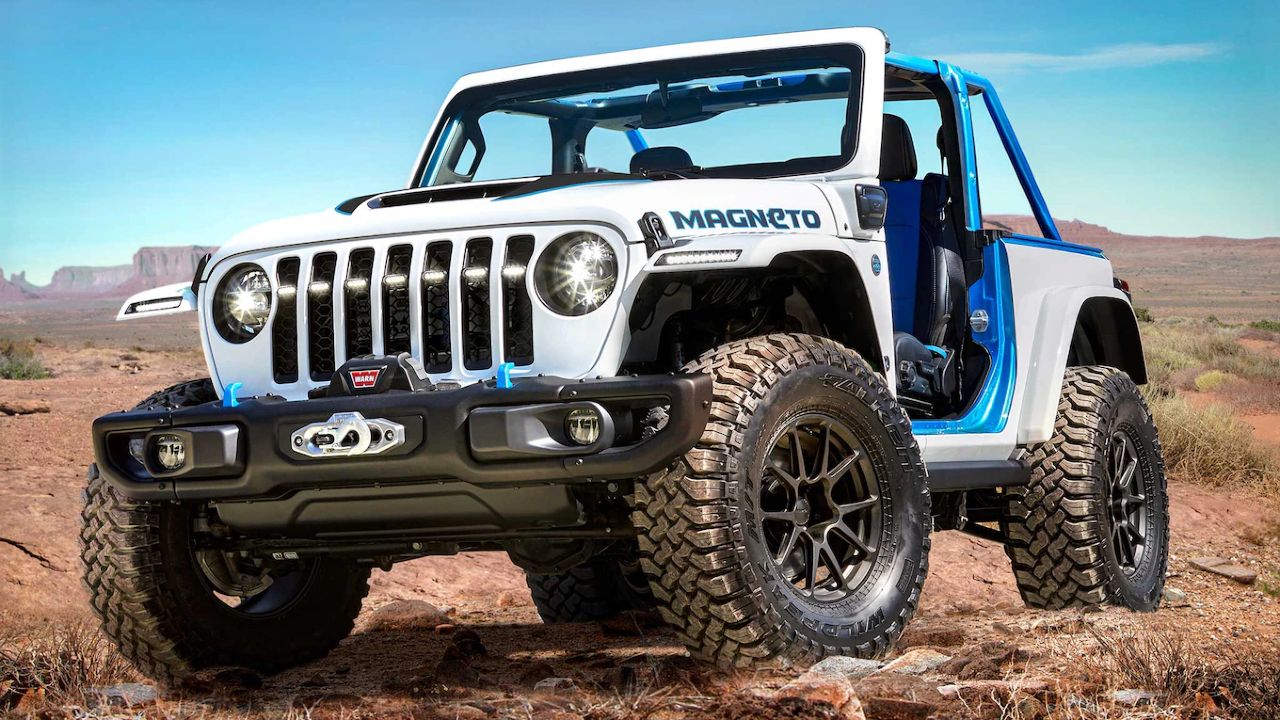 Jeep’s all electric rock crawler is here, however, in the concept stage. Looks promising and could be a substitute for off-roaders who prefer the Wrangler without an I.C engine in the near future

Jeep Magneto concept is one of the four concepts showcased by FCA. Magneto is a Wrangler based BEV and that is evident in its styling. The all-electric offroader takes styling cues from the already popular Jeep Wrangler Rubicon. Interestingly, the Magneto concept also boasts of a six-speed manual transmission mated to the all custom-built axial flux electric motor - which is capable of revving up to 6,000rpm. The Wrangler Magneto has a claimed 0-100km/h timing of 6.8seconds, although that is pretty quick for a rock-climbing offroader, the Magneto is still in the concept stage and we shall wait for the real world test figures of the production model.

Although the EV’s range has been kept a secret, the motor produces 281bhp and 370Nm of torque. The source of power is a set of four battery packs with a combined capacity of 70kW/h, running on a 800-volt system. For an improved weight distribution, the battery packs are positioned tactfully all around the Magneto’s platform. A secondary 12-volt system system powers the radio, lights, winch and other accessories on the off-roader. 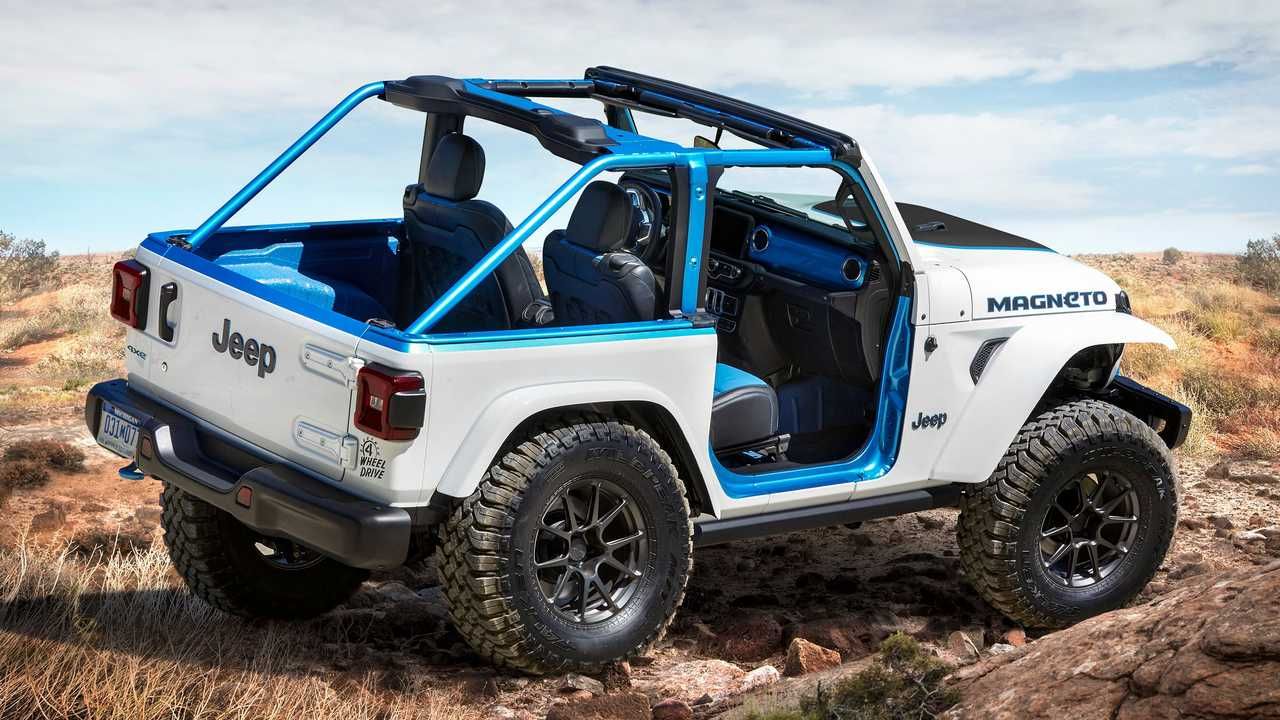 As mentioned above, the Magneto looks unmistakably as the Wrangler's electric cousin and it does get the offroad goodies as well. The 4x4 system on the Magneto concept is a blend of all electric yet a manual drivetrain, However, the Magneto isn’t the first concept that showcased a hybrid (electric motor along with manual drivetrain) transmission. The all-electric Ford Mustang showcased in November 2019, did make an appearance with a similar drivetrain layout.

The Magneto is equipped with a JPP 2-inch lift kit. 17-inch wheels shod with 35-inch mud-terrain tyres, custom roll cage, Mopar Rock Rails, steel bumpers with a Warn winch and a steel belly pan for added off-road capability. And to keep the battery pack safe, the Magneto gets custom bash plates on the undercarriage. The Magneto also gets 762mm of water fording capacity.