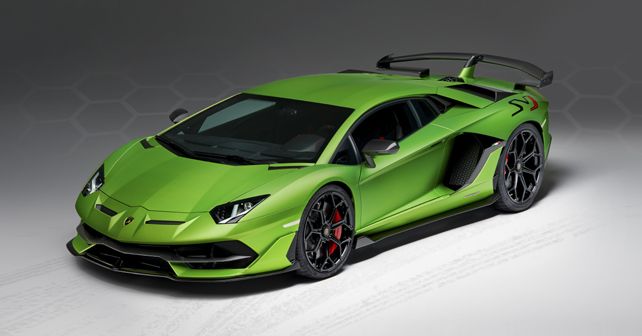 After being in the news for claiming the Nürburgring-Nordschleife production car speed record, Lamborghini's iconic V12 flagship breaks cover at the Monterey Car Week in California.

Automobili Lamborghini unveiled the much-anticipated Lamborghini Aventador SVJ in a worldwide premiere during the Monterey Car Week in California. The moniker of the new car, where 'SV' historically stands for Superveloce, takes the ‘Jota’ suffix, denoting its track and performance superiority. Production of the SVJ is limited to 900 units. 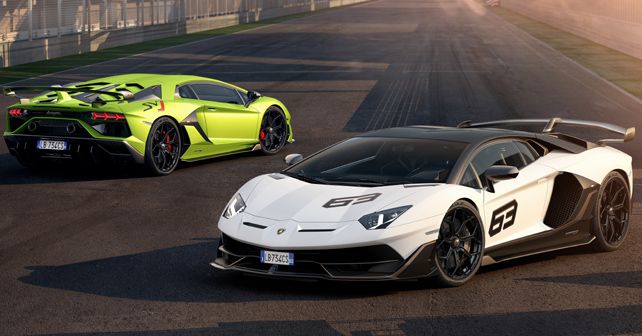 A special edition, named SVJ 63, pays homage to Lamborghini’s founding year of 1963. With a one-of-a-kind production configuration, the SVJ 63 will also see a limited production run of just 63 units, over and above the 900 of the SVJ.

The SVJ features an optimised and further tuned version of Lamborghini's Multi-Port Injection 6498cc V12 which has been seen earlier on the Aventador S Coupé and the S Roadster. With an increase in power to 759bhp, a 29bhp gain over its predecessor, the SVJ has become the most powerful series production V12-engined car produced to date by Lamborghini. The SVJ outputs 720 Nm of torque at 6,750rpm, an increase of 30Nm over the Aventador S. With a dry weight figure of just 1,525kg, the SVJ has a claimed acceleration time – from standing to 100 km/h – of 2.8 seconds. 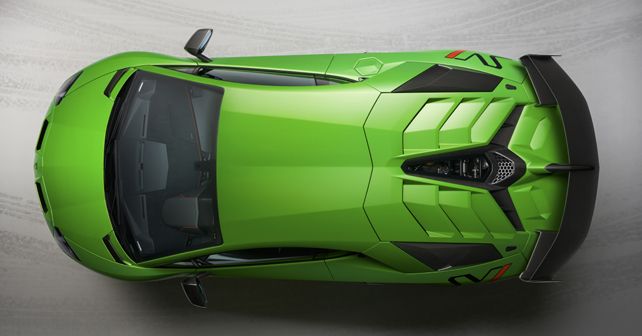 On the outside, the SVJ has adopted numerous changes for aerodynamic improvements. These changes include a new front bumper with integrated side fins, which features a new air intake and an entirely new rocker adopting the ‘Y’ theme found in Lamborghini cars. At the rear, the SVJ has been fitted with a redesigned rear wing based on Lamborghini's optimised ALA 2.0 (Aerodinamica Lamborghini Attiva) system, a lighter exhaust system and an omega-shaped rear bumper which incorporates a new diffuser to increase the downforce. 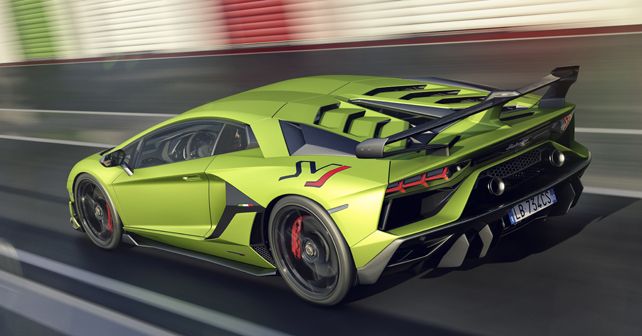 The Aventador SVJ Coupé is the first Lamborghini to incorporate all of Lamborghini's technologies into a single package. It features Lamborghini's 4-Wheel Steering, better known as Lamborghini Dynamic Steering (LDS) and Lamborghini Rear-wheel Steering (LRS), which was first seen on the Aventador S. The LDVA 2.0 system combines all the information gathered through the car’s inertial platform, and determines in real time the optimal settings for any driving condition. Also new on the SVJ are specifically-developed Pirelli P Zero Corsa tires which provide higher vertical stiffness to accommodate the SVJ’s higher downforce, as well as provide a high grip level to enhance overall vehicle performance. 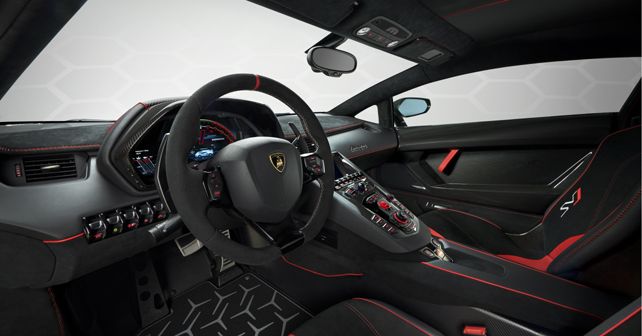