McLaren teases its new supercar ahead of December debut 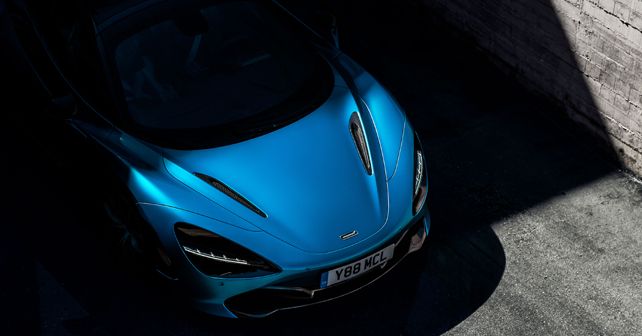 The upcoming supercar from the British marque will be the second new model announced under its £1.2billion Track25 business plan.

McLaren Automotive seems to be on an absolute roll this year with its new and upcoming models. After revealing the McLaren Speedtail last month, which is the latest addition to the brand's Ultimate Series of cars, McLaren has dropped yet another bomb on the global automotive media by revealing a teaser image of its next creation. While the Speedtail 'Hyper-GT' was the brand's first model announced under its Track25 business plan, the upcoming supercar will be the second one.

Announced at the Goodwood Festival of Speed in 2018, the company’s Track25 business plan will see it invest nearly £1.2billion in research and development in order to help them deliver 18 new cars or derivatives by the end of 2025.

While McLaren has revealed no further details about the new car except its teaser image, what they have confirmed is that the new model will make its global debut on 8th December 2018. At this point, it can't be figured out whether the new model will sit in the brand's Sports, Super or Ultimate Series.

In 2017, McLaren had introduced the 570S Spider in its Sports Series and the McLaren Senna, which was the brand's next offering in the Ultimate Series after the P1. This new model will be McLaren's third offering for 2018 after the 600LT and the Speedtail. At present, McLaren Automotive has 80 retailers in 30 markets across the globe but interestingly, all its vehicles are hand-assembled at its single production centre in Woking, England.